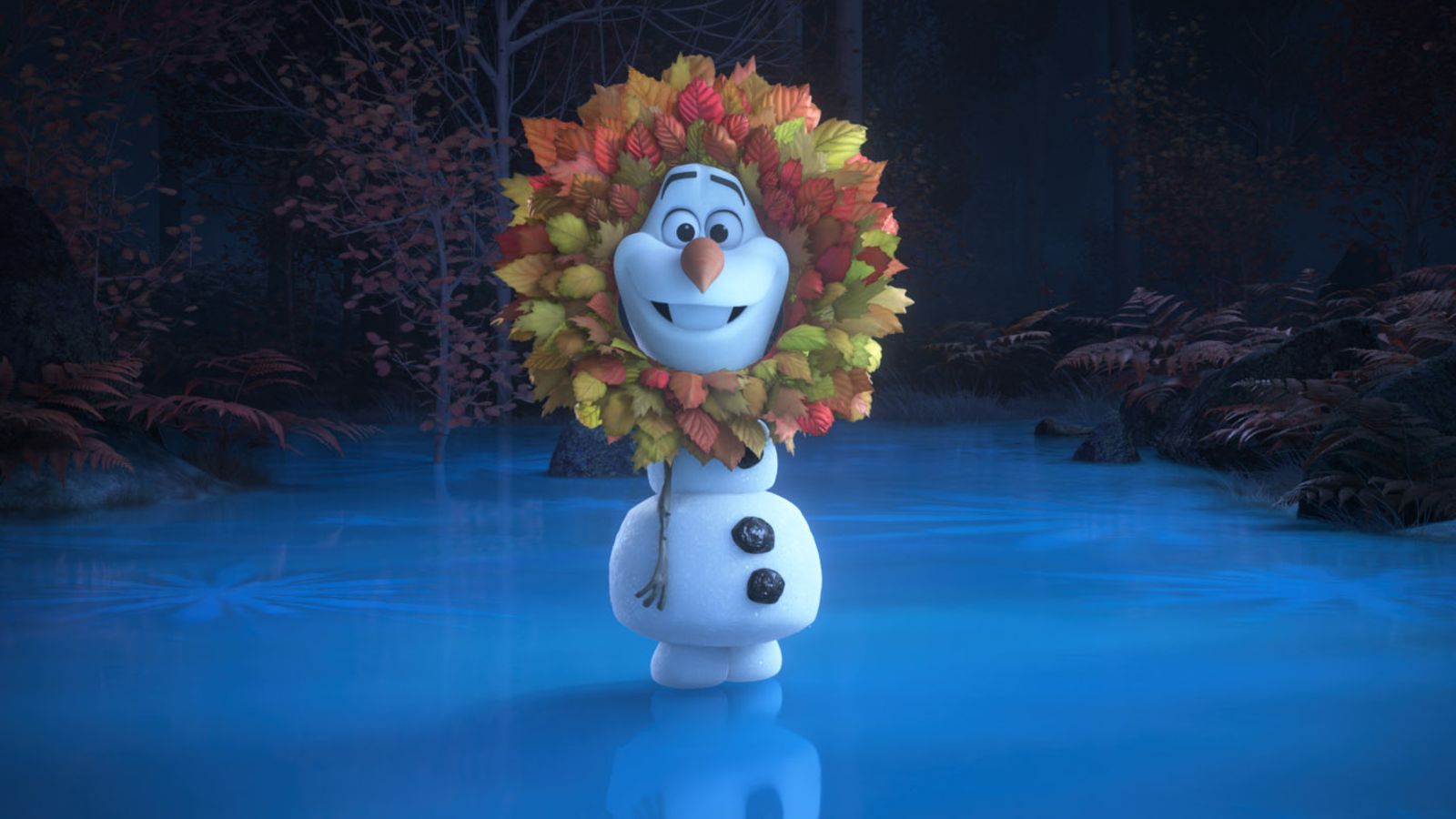 Most people now will be familiar with the story of the Disney blockbuster Frozen, and the world of Elsa the ice queen and her princess sister Anna.

Disney’s record-breaking film, loosely based on The Snow Queen which opened in cinemas in 2013, became a global hit introducing a new generation to the world of sisters Anna and Elsa.

But it wasn’t just the protagonists that fans connected with – supporting character Olaf (a happy-go-lucky snowman for the uninitiated) also became a fan favourite, inspiring specials and spin-offs.

The character is clearly aimed at children (because he’s a talking snowman in a Disney film…) but looking deeper, Olaf can show us how Disney seizes on the hype and turns it into an opportunity.

In this case – it’s give him a series of short films to try and drive subscriber growth to its own streaming platform.

But why this character?

“He’s a busy guy,” Disney director Hyrum Osmond told Sky News, with producer Jennifer Newfield adding: “We all love a guy with a good sense of humour, and he just delivers on that end time after time.

“He’s not a one note wonder. He can do so many things, and that’s so great.”

His latest outing sees him retelling the stories of classic Disney films in 90 second shorts, as inspired by a similar, well-loved skit he did in the Frozen sequel.

In other words, he’s a character that kids have grown up with, talking about films their parents grew up with, on a platform that brings them all together.

Osmond, who is an animator behind huge films such as Moana and Tangled and was one of Olaf’s designers, said that when he first created the character 10 years ago, he didn’t expect him to be as big as he is.

“When we first created him, we knew we loved him, but we didn’t know he was going to connect the way he connected – and he just does.

“I think there’s just a purity about him and fun about him that just connects with people.”

The character’s appeal is also boosted by its voice artist – Josh Gad.

A Broadway star as well as being a television and film actor and producer, there aren’t many who wouldn’t recognise his voice.

He told a Zoom call celebrating the new series that Olaf’s growth as a character is part of its appeal, suggesting that it develops along with the franchise’s audience.

“There’s this subtle growth happening in him that I think is important to keeping him interesting and dynamic, so that it never feels like you’re just seeing him do the same thing again and again… the sky’s the limit with him.”

Osmond and Newfield sung Gad’s praises to Sky News, with the latter saying: “He actually invests himself… he brings his A-game every time.”

Alongside nostalgia and a committed actor, the pair say it’s the story-telling that keeps fans coming back for more.

“We are looking to tell all kinds of stories in our studio, and we’re always looking forward as to what we can bring that’s fresh and interesting,” Newfield explained to Sky News.

Osmond added: “The way you keep it fresh is you don’t do it unless you love it, right?

“Don’t do things unless you’re passionate and you feel like it’s really fun and enjoyable to make. We love story-telling.”

The mini-series will hit Disney+ on 12 November, on Disney+ Day, as part of a number of new additions to the platform, which also includes Marvel film Shang-Chi And The Legend Of The Ten Rings and a news season of The World According to Jeff Goldblum.

Disney is tussling with the likes of Netflix and Amazon Prime Video for space on the streaming landscape, and has seen remarkable subscriber growth since its launch in 2019.