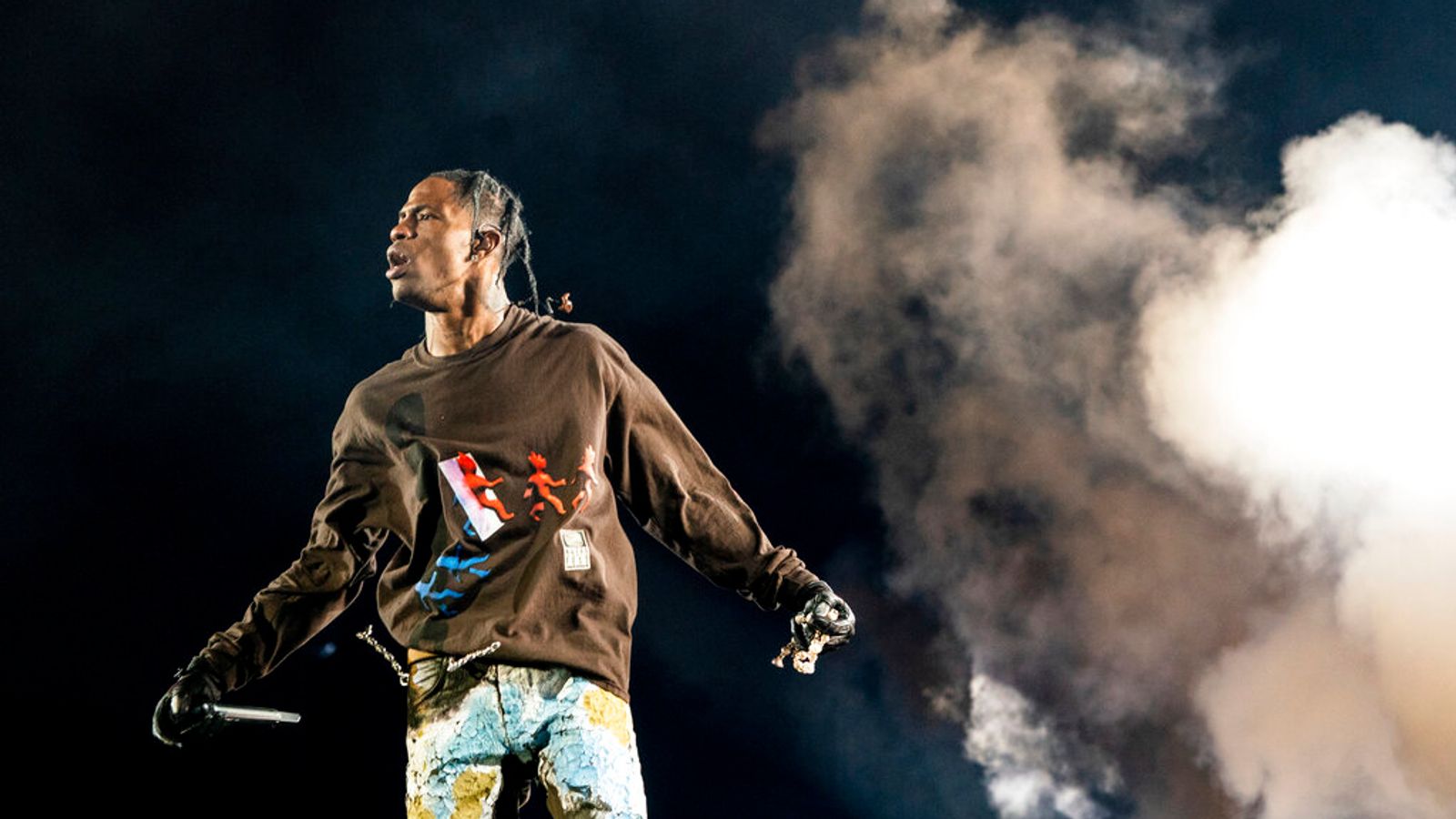 A 14-year-old child was among eight people killed following a crowd surge during a performance by rapper Travis Scott.

A 16-year-old also died in the disaster at Astroworld Festival in Houston, Texas, on Friday, the city’s mayor Sylvester Turner said.

The mayor told a news conference on Saturday there were “a lot of unanswered questions” about the cause of the tragedy.

However, police confirmed an incident at the event where a security officer was left unconscious after apparently being injected in the neck by a concert-goer.

Mr Turner added that a “very, very active investigation” was taking place and could go on for “quite some time”.https://t.co/l1FJepJ2cq pic.twitter.com/APAqn5spfc

Scott, who founded the festival, said he was “absolutely devastated” following the deaths, and he was giving his “total support” to police.

The victims also included two 21-year-olds, two people aged 23, and a 27-year-old, while the age of one victim is unknown.

Twenty-five people were admitted to hospital and 13 are still receiving treatment, including five under the age of 18.

Mr Turner said it was “a tragedy on many different levels” and that it was too early to draw conclusions about what went wrong.

However, Houston Police Chief Troy Finner said that “one of the narratives was that some individual was injecting other people with drugs”.

He confirmed an incident at the festival where a member of security “felt a prick in his neck” after trying to restrain a concert-goer.

Mr Finner said the security officer “went unconscious” and was revived with several doses of Narcan, a prescription drug used for the treatment of suspected opioid overdoses.

Medical staff said the neck injury suffered by the member of security “was similar to a prick that you would get if somebody’s trying to inject”, the police chief added.

“The events of last night were tragic beyond belief”.

Harris County Judge Lina Hidalgo says it ‘breaks her heart’ to know that most of the victims of the crowd surge at Travis Scott’s concert were under the age of 27, the youngest being 14-years-old.https://t.co/Ej4VPXOzTa pic.twitter.com/7CiXz3m4eC

Mr Finner said some people were “trampled” during the concert and “this is now a criminal investigation”.

Officials declared a “mass casualty incident” during Scott’s headline performance at the festival on Friday night.

Some of the 50,000-strong crowd “began to compress towards the front of the stage” while the rapper was performing on the opening night, authorities said.

Scott stopped multiple times during his 75-minute set after spotting fans in distress near the front of the stage, and asked security to help people out of the crowd.

Concert-goers who survived the disaster have described the desperate scenes as members of the crowd rushed to the front of the stage.

Nick Johnson, who was at the festival with friends, said: “Everyone was passing out around you, and everyone was trying to help each other. But you just couldn’t move.

“You couldn’t do anything. You can’t even pick your arms up. It just got worse and worse.”

Albert Merza, a 43-year-old supermarket manager who attended the festival, said: “It felt like a riot. There were people throwing out stuff, objects flying everywhere.”

He said he saw fans attempting to jump fences to get inside and a “lot of crazy behaviour”.

Niaara Goods said when Scott appeared on stage, “it was like an energy took over and everything went haywire”.

“All of a sudden, your ribs are being crushed,” she said.

“You have someone’s arm in your neck. You’re trying to breathe, but you can’t.”

Image: Travis Scott says he is ‘absolutely devastated’ by the tragedy. Pic: AP

Ms Goods said she was so desperate to get out that she bit a man on the shoulder to get him to move.

“All of a sudden, it was like there was 13 mosh pits,” the 19-year-old college student said.

He said “people were falling down” into piles, including one woman who fell to the ground and was covered by three others who toppled after her.

“When you’re in a mosh pit, you feel like you can’t get oxygen. All you are breathing is CO2,” Mr Longoria added.

Scott – an eight-time Grammy Award nominee – has a three-year-old daughter with reality TV star Kylie Jenner, who is pregnant with their second child.

In a statement posted on social media on Saturday, the musician said: “I’m absolutely devastated by what took place last night.

“My prayers go out to the families and all those impacted by what happened at Astroworld Festival.

“Houston PD (police department) has my total support as they continue to look into the tragic loss of life.

“I am committed to working together with the Houston community to heal and support the families in need.

“Thank you to Houston PD, Fire Department and NRG Park for their immediate response and support.

Artists including Earth, Wind & Fire, SZA and Tame Impala were on the line-up for the two-day Astroworld Festival, which was a sell-out, according to its website.

Yorkshire cricket racism: Former official says other counties are having ‘the same problem’ as fans call for further resignations