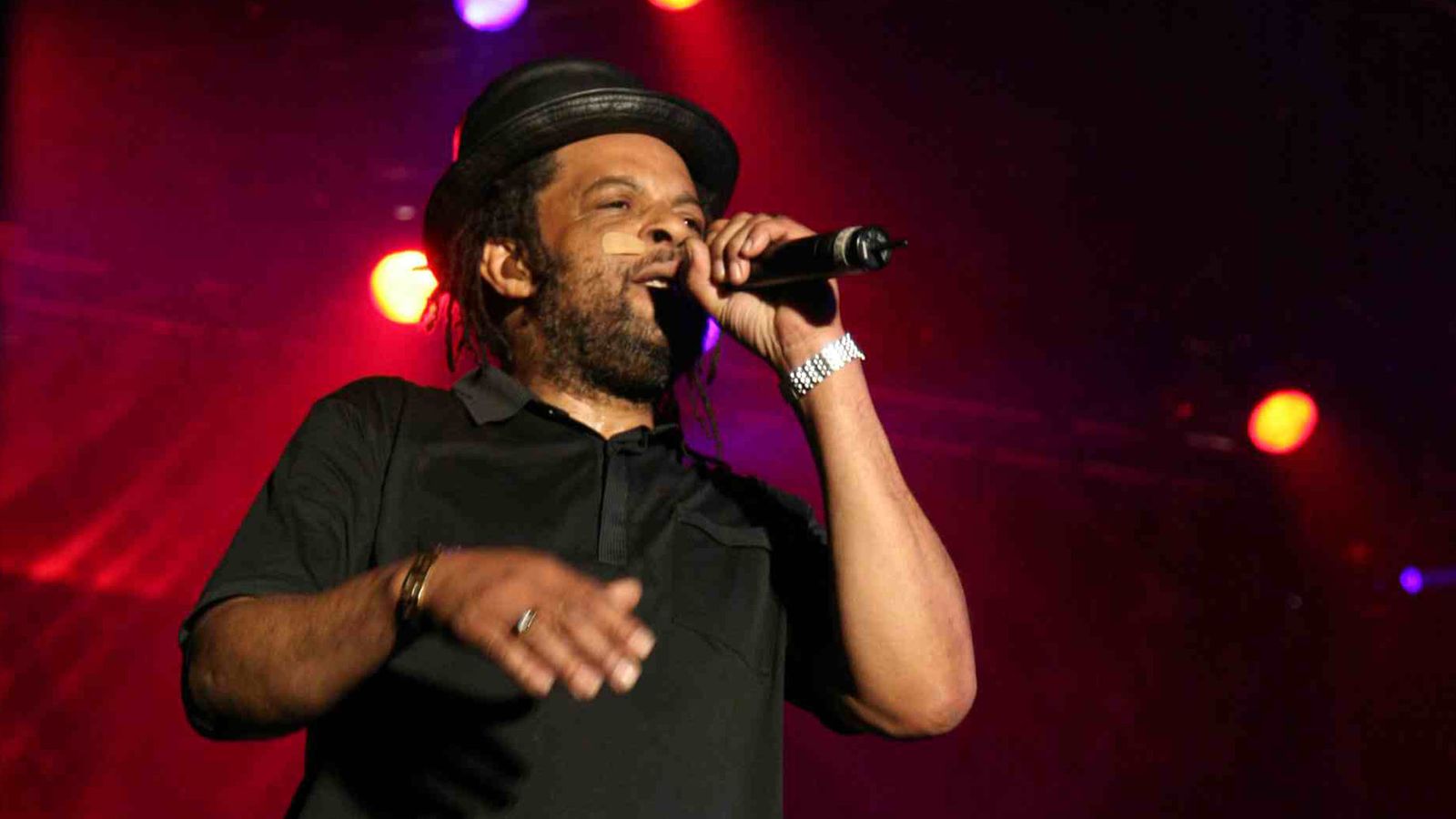 UB40 founding member Astro has died at the age of 64.

The musician, whose real name is Terence Wilson, passed away after a short illness.

Announcing the news, the band said they are “absolutely devastated and completely heartbroken”.

Image: Ali Campbell (left) and Astro were due to go on tour next year

“The world will never be the same without him,” they said in a statement.

“We ask you to please respect his family’s privacy at this incredibly difficult time.”

Astro was a UB40member from 1978 until 2013, when he left to join the breakaway group UB40 featuring Ali Campbell and Astro, which had performed this year and was set to go on tour in 2022.

Based in Birmingham, the original band rose to prominence in the early 1980s and is known for reggae hits like Red Red Wine and (I Can’t Help) Falling In Love With You.

Astro sang lead vocals on the single Rat In Mi Kitchen, which reached number 12 in 1987 – a song he wrote in response to Ali Campbell’s problems with rodents.

The group’s name was chosen in reference to a form issued to people claiming unemployment benefits at the time – “Unemployment Benefit, Form 40”.

The original band describes itself as working class, with some of its members having to survive on less than £8 a week in benefits in the early days of their careers.

They were friends who began rehearsing together in a local basement and were determined to make their left-wing political convictions a part of the band’s identity, having attended marches against the National Front and rallies organised by Rock Against Racism.

In an interview with the Guardian in June, Astro spoke about the band becoming the voice of working-class people’s frustration with political and global issues.

“I went through the same rigmarole as most black people in the late 70s,” he said, recalling the “sus” law that allowed black people to be stopped and even arrested by police if they were deemed to be acting suspiciously.

“It was a weekly occurrence,” he said. “We found it harder to write love songs than militant lyrics because it was a lot easier to write about stuff you had witnessed or read about. It seemed natural to us.”

Astro’s nickname was given to him when he was a child because he wore a pair of Dr Martens boots with the model name “Astronaut”, the musician said in a 2016 interview with website UK Music Reviews.

“Fortunately, no one called me astronaut because it is rather a mouthful so they shortened it to Astro and it has stuck ever since,” he added.