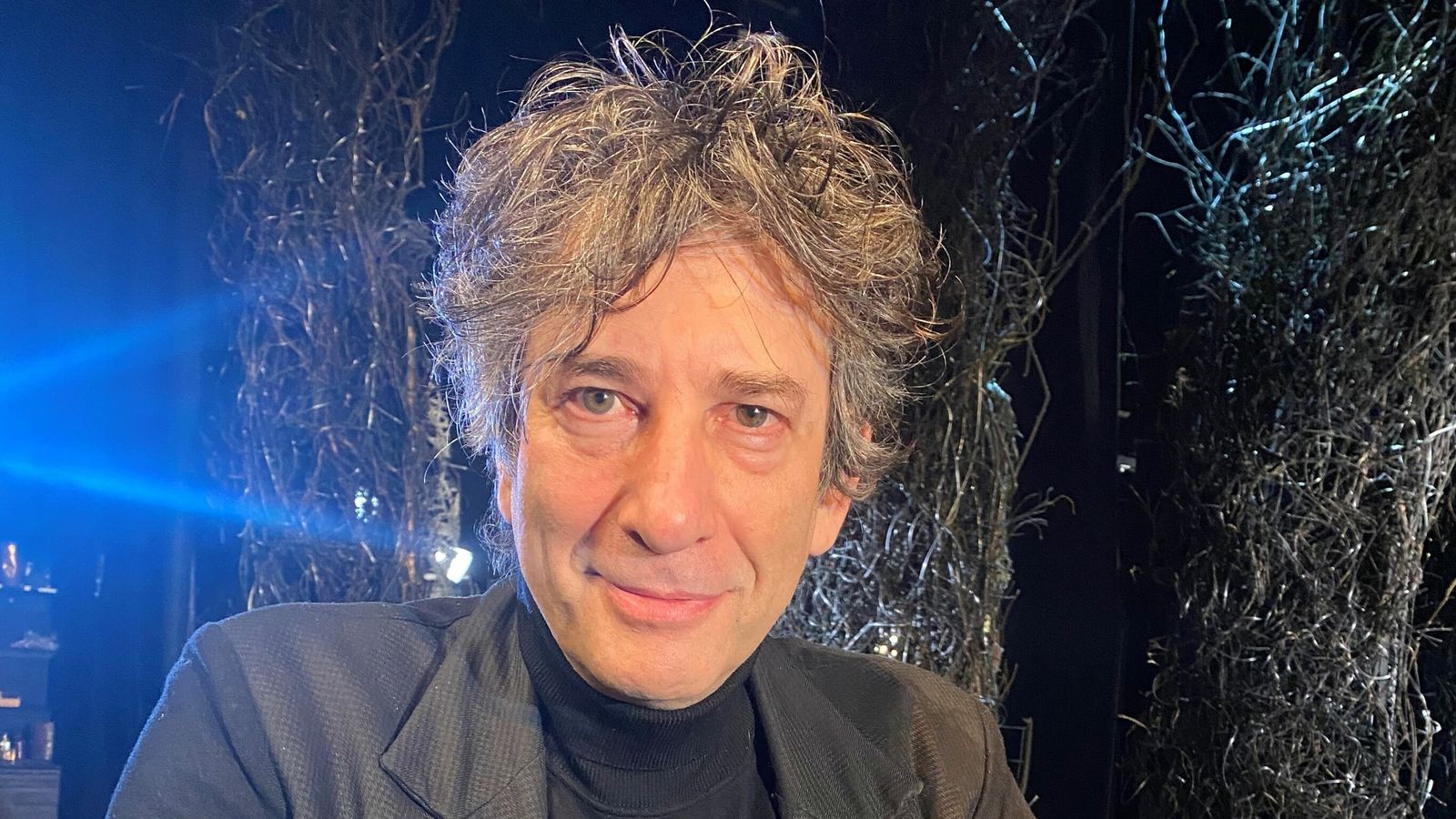 No stranger to transporting readers to fantastical and spiritual realms, author Neil Gaiman says everyone “needs a little belief”.

“One thing that I’ve learnt about being a person in a world filled with millions upon millions, upon millions of other people, is that I know that what goes on in my head and in my world isn’t what you experience in your head and in your world.

“I have no idea what actually constitutes objective reality at this point, so I think you definitely need a little belief to get you through, whatever form that belief takes.”

Image: The Ocean At The End Of The Lane is adaptation of Gaiman’s 2013 novel of the same name

Speaking ahead of the opening weekend of the first major stage adaptation of his work, The Ocean At The End Of The Lane, Gaiman admitted that despite selling over 50 million books he still struggles to come to terms with his popularity.

“I can’t wrap my head around any of it and it has actually got weirder… I keep getting people coming up to me and asking for autographs, things like that, it is really, really odd.”

This year in particular, with four TV shows (American Gods, Good Omens, The Sandman, Anansi Boys) in production and now a theatre show, the author is more in demand than he has ever been.

He admitted that finding himself so busy after last year’s lockdown was strange knowing that, from a work point-of-view, “suddenly when the fuse finally hit the little barrel of gunpowder, everything would explode”.

The pandemic meant a two-year delay in transferring Gaiman’s dark fairytale to the West End and the author said that, at times, he had doubted it would happen.

“It delayed it and I genuinely didn’t know if we were going to have a theatre to open into.”

“I think we’ve all gone through almost two years of trauma, and each of us has had to go through a world that we didn’t expect to go through, and it has taken its toll on our heads and, more importantly, on our hearts.

“It’s a strange play in that the first half of it is thrilling and exciting and quite scary, and the second half is healing.

Image: The production runs until 14 May next year at the Duke of York’s Theatre, London

Speaking about opening night, he said: “Looking at the people around me and seeing how many of them were weeping, happy weeping…I just don’t think we would have seen that level of connection.”

The Ocean At The End Of The Lane runs until 14 May 2022 at the Duke of York’s Theatre, London.