Yorkshire cricket racism: Former official says other counties are having ‘the same problem’ as fans call for further resignations 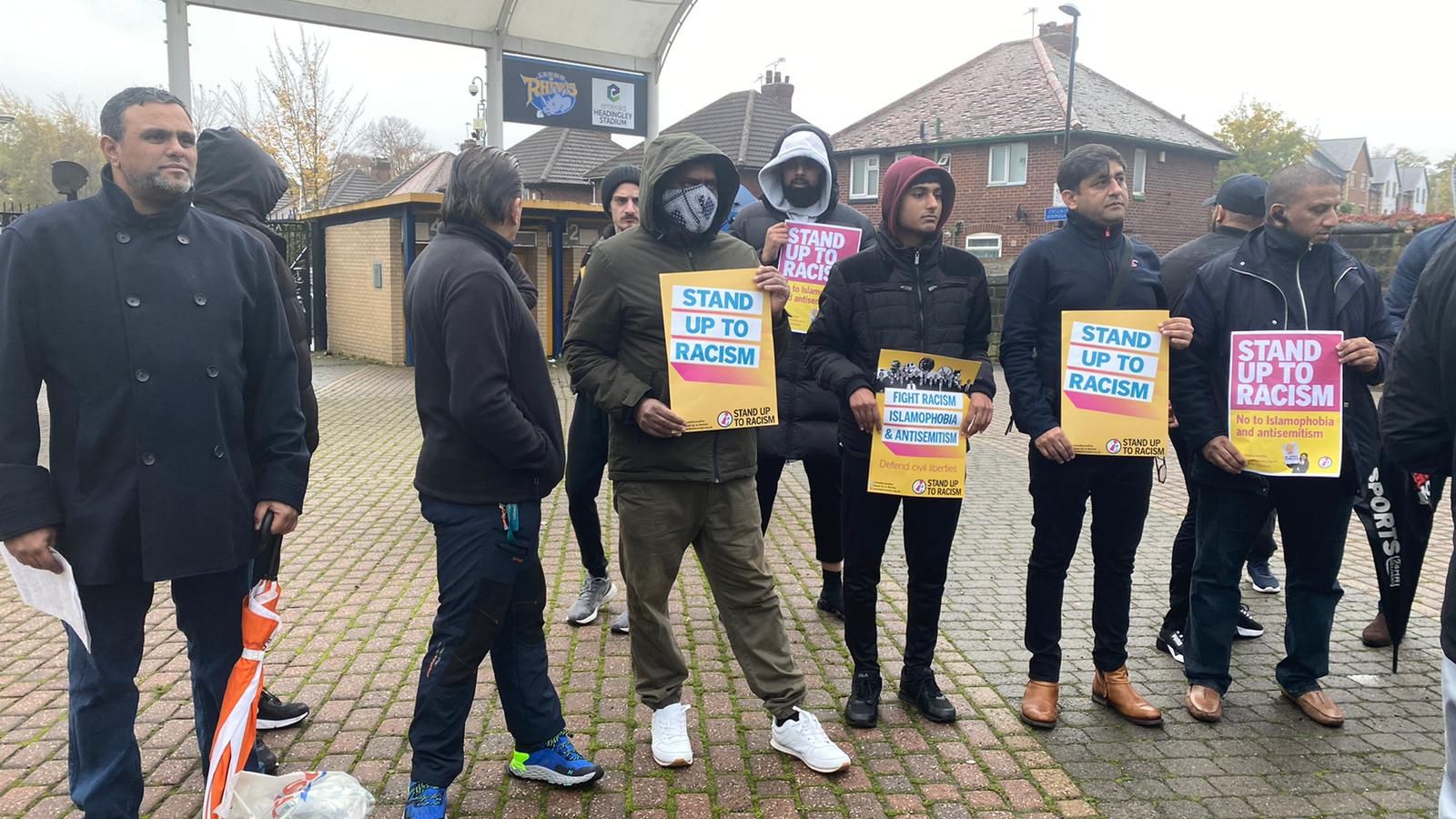 Former Yorkshire cricket officials have said other counties are having “the same problem” with racism – as protesters called for more resignations over a report into claims made by Azeem Rafiq.

Yorkshire County Cricket Club (CCC) and the wider sport have been rocked by allegations of racism in the game and the way such claims are handled.

It comes after Yorkshire CCC decided no player, employee, or executive would be punished despite an internal report finding Rafiq had been a victim of “racial harassment and bullying” while playing for the team.

Image: Some of Aseem Rafiq’s family were among those who demonstrated on Saturday

The protesters have said the appointment of a new chairman, Lord Kamlesh Patel, is a start, but the rest of the board now needs to be replaced.

Abdul Shaikh is a lecturer at the University of Leeds. He came along to show solidarity with Rafiq.

“We all identify with Rafiq’s suffering because we, as people from an ethnic minority background, have had similar experiences where we’ve been called the P word,” says Mr Shaikh.

He is a cricket fan and long-time supporter of Yorkshire CCC.

“It also pains me that the actual club has been brought into disrepute. You think that, you know, the board members would think twice about mismanaging the reputation of the club. Unfortunately, the reputation lies in tatters now.”

Members of Rafiq’s family were also at the protest.

Amna Rafiq told Sky News her brother is doing OK, but he is, understandably, stressed.

They won’t comment further at the moment, waiting for Rafiq to have his say on his former club when he testifies before parliament on 16 November.

Taj Butt, was one of the speakers at the demonstration. He worked for the Yorkshire Cricket Foundation, the charitable arm of the club, from 2014 to 2017.

He never saw the abuse Rafiq says he suffered, but thinks the club has a racist culture.

Mr Butt was disappointed to see the club didn’t take any action against players or staff, despite their own report finding Rafiq was a victim of racial harassment and bullying.

“As long as those individuals are not dealt with, and no action is taken against them, there’s absolutely no way that the community can trust the organisation to continue.”

Tony Bowry was Yorkshire Cricket Board’s cultural diversity officer when Rafiq played for the club. His work focussed on grassroots teams in the county. He wrote a letter of support for Rafiq when he spoke out about the racism he’d faced.

My Bowry worries that young players of colour will be reluctant to pursue careers in cricket.

Lord Patel, YCCC’s new director and chair, said: “The club needs to learn from its past errors, regain trust and rebuild relationships with our communities. There is much work to do, including reading the panel’s report, so we can begin the process of learning from our past mistakes.”

Yorkshire cricket is facing a moment of reckoning.

But across the country, many people feel this scandal reflects a wider problem in the sport and are looking to Yorkshire County Cricket Club to set an example for tackling racism.