Amy Winehouse: Dress worn by singer during final show when she was booed off stage sells for £180,000 at auction 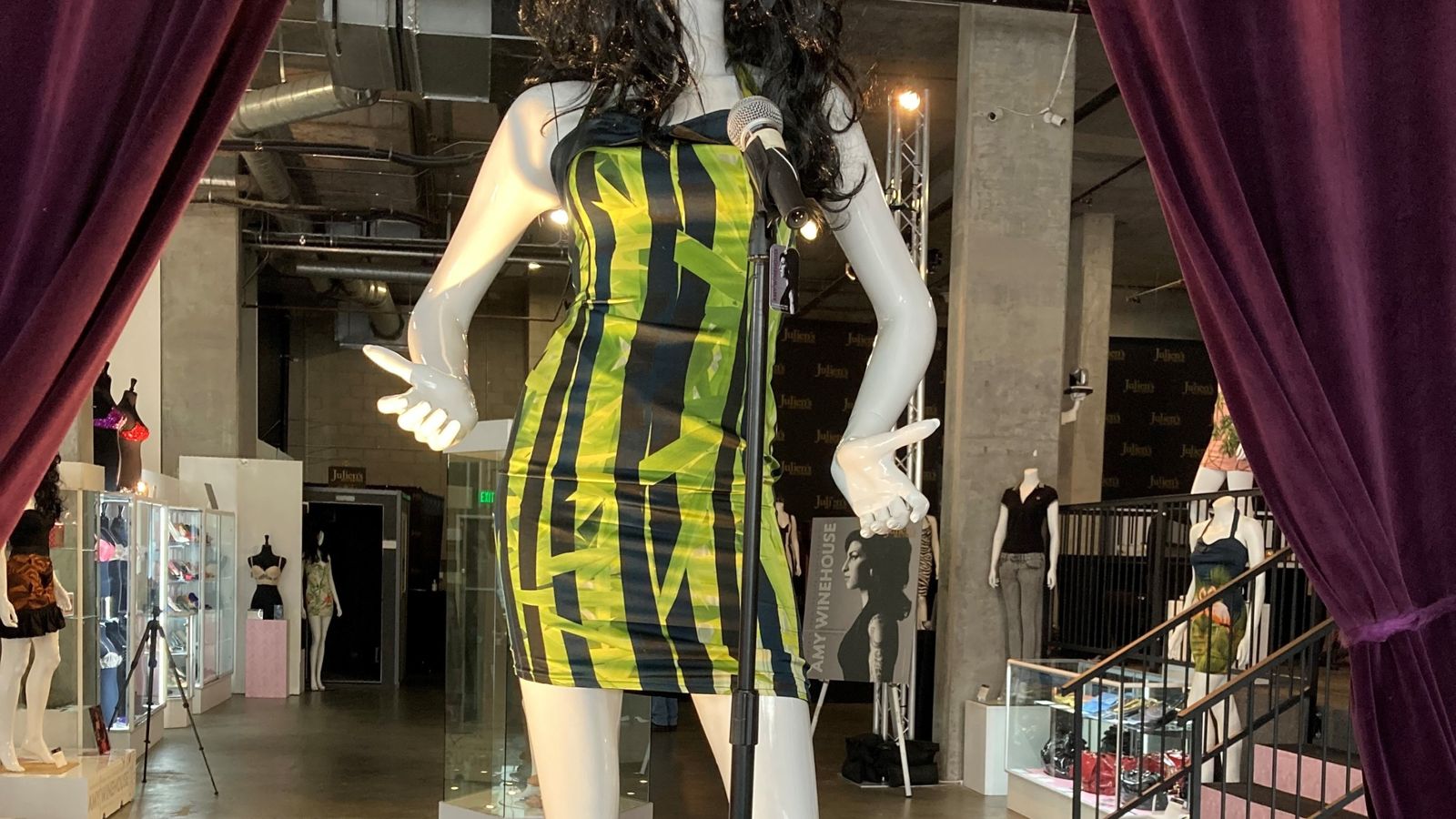 A sale in the US of more than 800 items – including designer clothing and underwear, handwritten notes and accessories – from the late singer’s estate raised more than $4m (£3m) for charity.

All proceeds will go towards the foundation Winehouse’s parents set up in her memory, which helps young people suffering from addiction.

Image: More than 800 items were auctioned off, including the bag she took to the 2007 Brit Awards

The figure-hugging halter minidress, designed by stylist Naomi Parry, was worn by the artist during her final show in Belgrade, Serbia – where she was booed off stage after appearing to forget her lyrics – a month before her death aged 27.

The bamboo and floral print dress sold for 16 times the original estimate.

And a metal street sign reading “Camden Square” inscribed with handwritten notes paying tribute to Winehouse after her death sold for $19,200 (£14,000).

Known for her soulful voice, the Back To Black singer publicly battled with addiction to drink and drugs and was found dead at her home in north London on 23 July 2011. It was later found she died from alcohol poisoning.