Army ‘woefully behind’ and must do better for women, says defence secretary ahead of meeting with senior generals 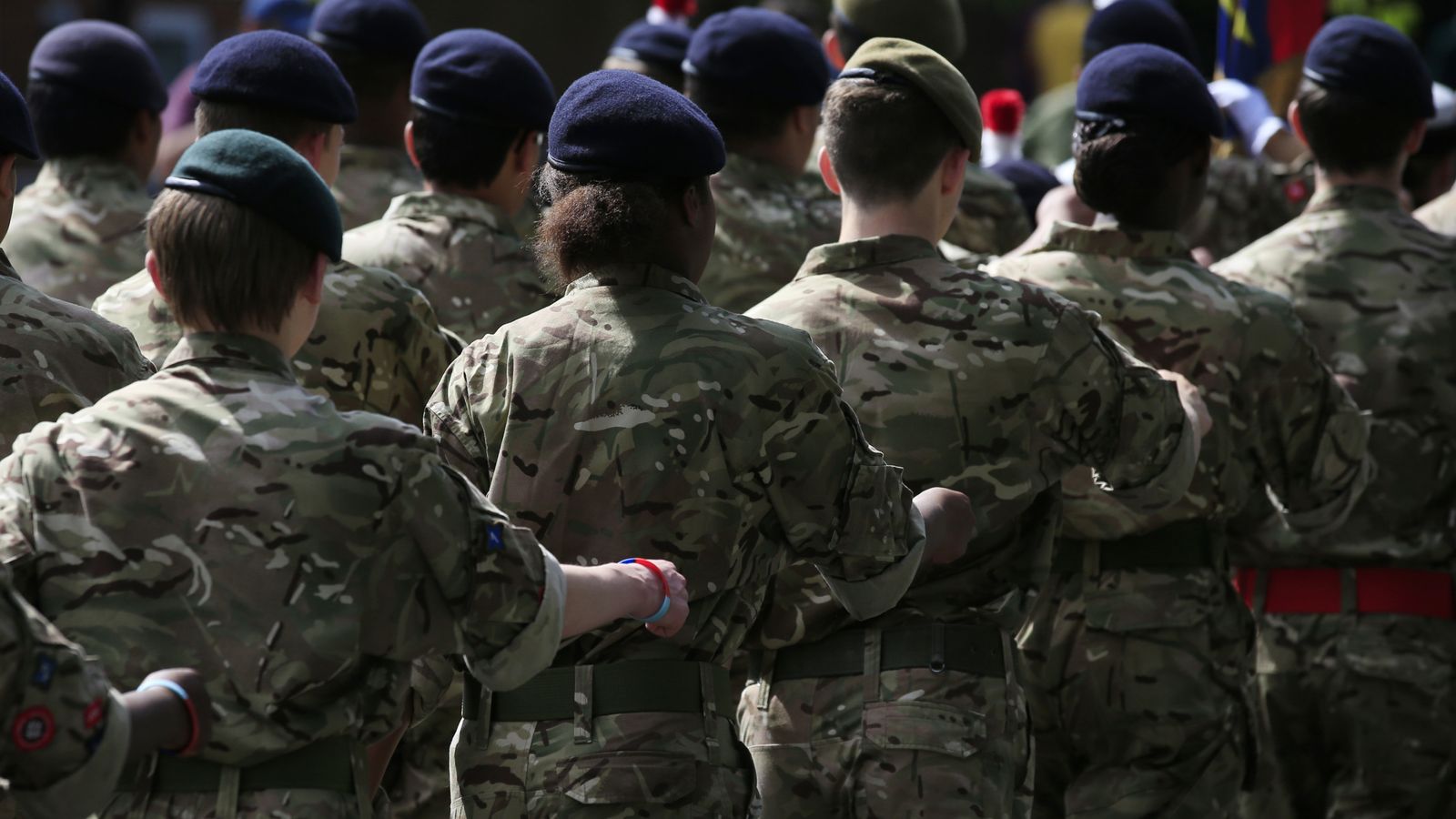 The army is “woefully behind” the rest of the public sector in enabling women to have careers and it must do better, the defence secretary has said as he prepared for a crunch meeting with his senior generals.

Ben Wallace, who called for the extraordinary meeting today of the army board – which includes the chief of the general staff – told Sky News it was vital to create the right kind of culture.

Image: Ben Wallace is preparing for an extraordinary meeting with senior generals

“We are woefully behind the rest – not only of parts of the armed forces – but the rest of the public sector. We have to do more on that front.”

His highly unusual intervention followed a series of concerning claims involving the army, including a landmark report by MPs on the defence select committee in July that explored cases of rape and sexual assault.

Renewed questions have also been raised about the 2012 death of a Kenyan woman who was last seen with British soldiers in Kenya.

Mr Wallace was critical of how the military handles allegations of abuse, harassment and bullying.

“We have to make sure we have a justice system fit for future as well,” he said.

The military justice system has repeatedly been criticised for taking far too long to consider allegations of wrong-doing and for allowing the armed forces effectively to be judge and jury – without sufficiently empowered independent oversight.

Mr Wallace said he would also raise the army’s record on equipment purchases at the meeting – another area of failure.

One of the most troubling procurements is the £5.5bn Ajax light tank programme. It has been beset with glitches, including delays in the delivery and trials twice being suspended after troops reported hearing problems because of the vibration.

The defence secretary summoned his generals for the meeting because he wanted to speak with them before the publication of new proposals to reform the army for the future.

“I think it is really important we get the culture right at the same time,” he said, speaking last Thursday during a trip to the Royal Navy’s flagship aircraft carrier, HMS Queen Elizabeth, during a stopover in Oman.

“There have been significant issues around some of the discipline processes, there have been worries by women serving in the army that we saw in the evidence they gave to the House of Commons [defence select committee] and I am really determined that we don’t squander the new reforms in the army by failing to fix and get right the culture, and where we’re going in the future.”

General Sir Mark Carleton-Smith, the head of the army, his deputy and the commander in chief, land forces, are expected to be among the commanders attending the meeting.

British Guiana 1c Magenta: £6.2m ‘Mona Lisa of the stamp world’ goes on display to the public in London