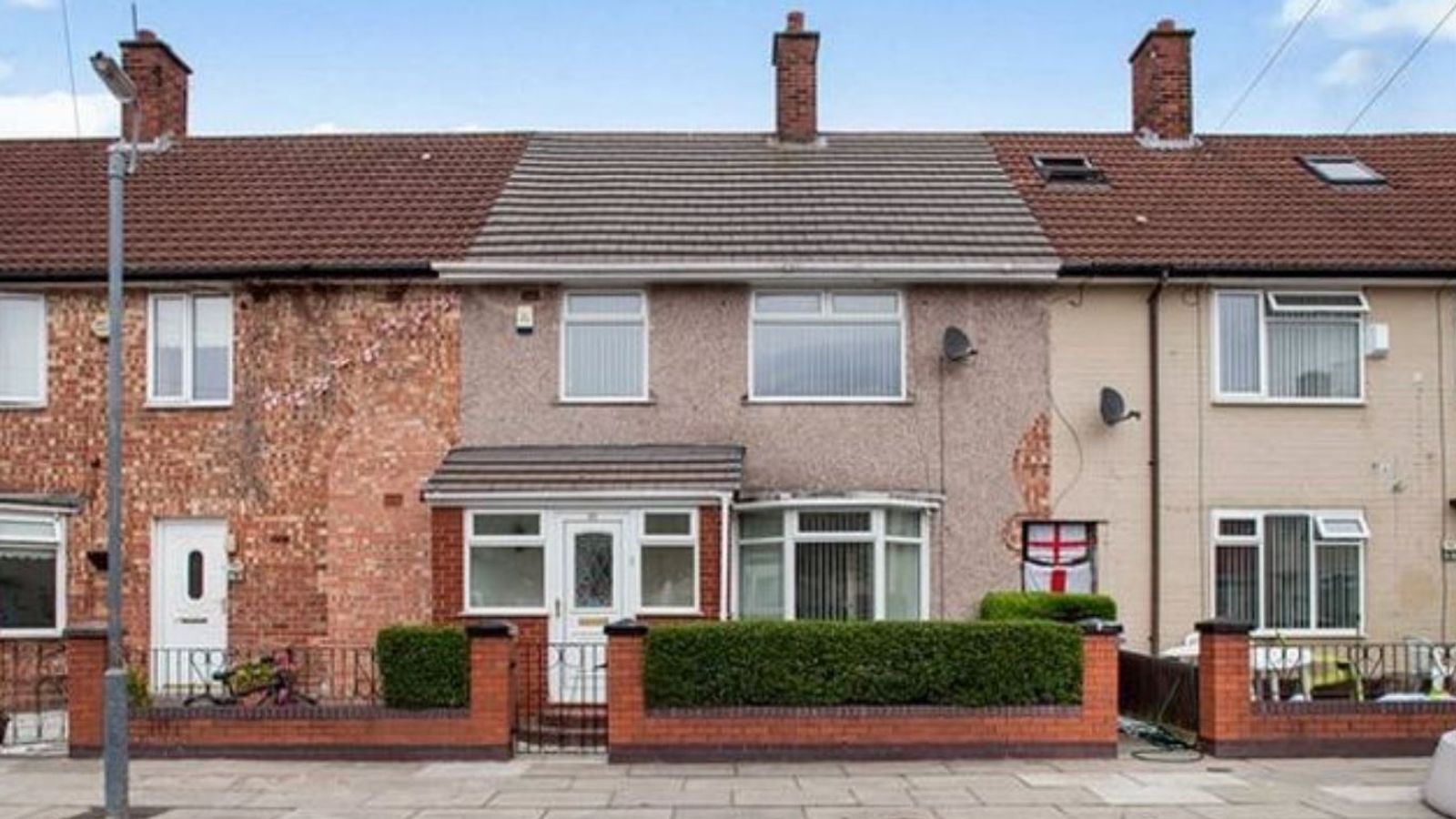 The childhood home of Beatles guitarist George Harrison is up for auction.

Harrison, the youngest of four children, moved to 25 Upton Green in Speke, Liverpool, in 1950 at the age of six.

Before then, the family had lived at 12 Arnold Grove in Wavertree, Liverpool, where Harrison was born.

Image: Harrison spent most of his childhood at the house. Pic: Omega Auctions

Omega Auctions described the Speke house as “the property where George spent his formative years”, adding that this “played an important part in helping The Beatles flourish soon after the Harrison family moved in 1962”.

The three-bedroom home still has a number of features from Harrison’s time, including the bath, sink, some doors, hanging rails in wardrobes, and outbuildings.

The buyer will be able to apply for a blue plaque, a sign which commemorates a link between a location and a famous person, the auctioneer added.

Harrison rehearsed with fellow band members John Lennon and Paul McCartney while living in the house, as part of a band called The Quarrymen.

The Harrison family moved out in 1962, two years after The Quarrymen became The Beatles and just before the group hit the big time.

Image: The bath is among the features that remain from Harrison’s time. Pic: Omega Auctions

In 1965, three years later, Harrison bought his parents a home in Appleton, near Warrington, using some of the profits from his international success.