COVID-19: Booster jabs can be booked a month in advance as hospitals see 14 times more COVID patients than this time last year 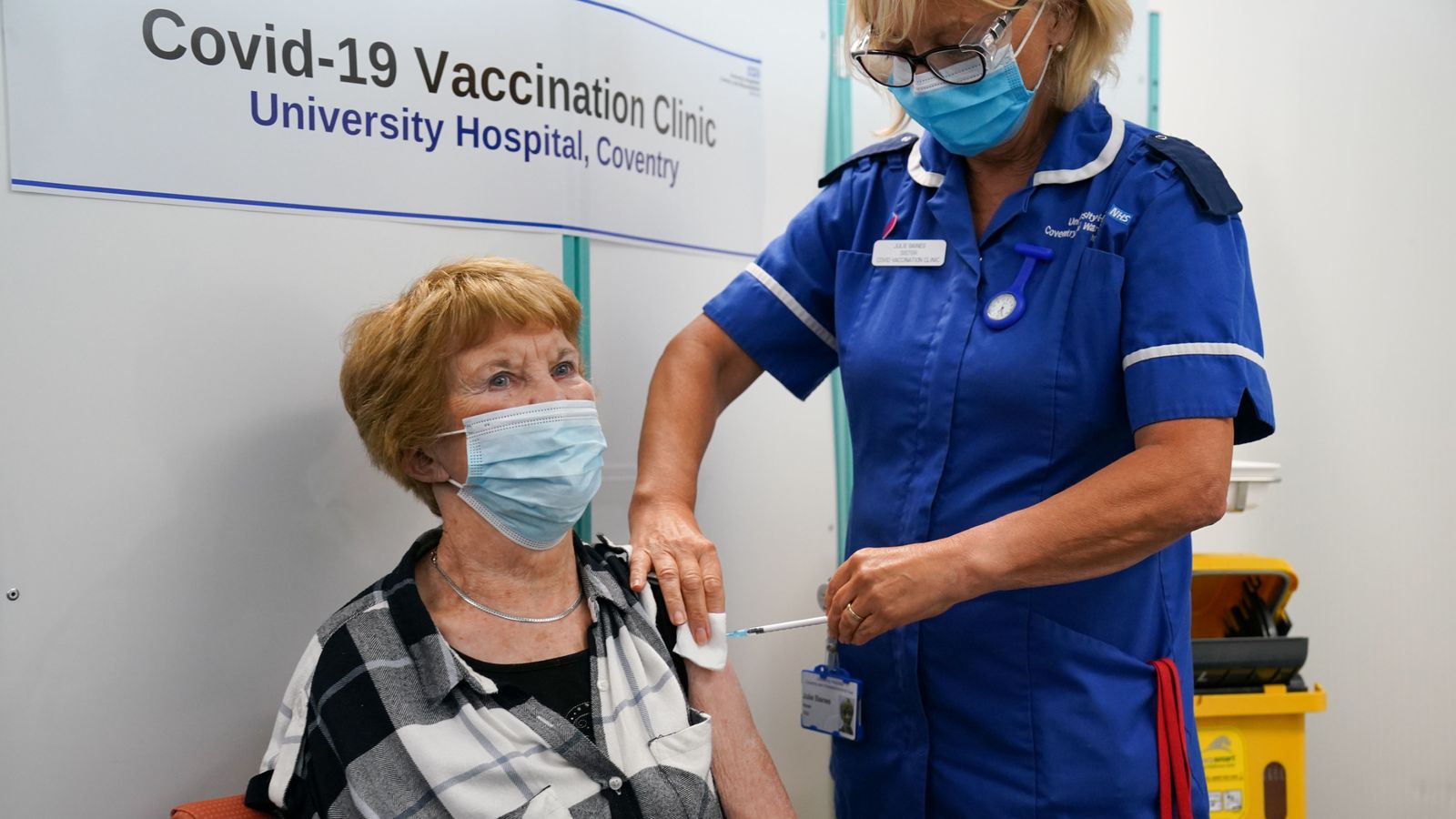 The NHS has renewed its push to drive up booster uptake, with people now allowed to book their appointments a month before becoming eligible.

They will only be able to receive it once they do become eligible, but the new measure could help them ensure they get inoculated as soon as their group is called.

It’s part of the government’s attempt to vaccinate as many people as possible ahead of winter, as most Brits head indoors to socialise – where the virus easily spreads – with flu also expected to surge.

Image: There are ‘very real pressures on the NHS’ according to its CEO

On Sunday, the government announced it had administered 10 million booster shoots, but the NHS said there are still 4.5 million people who have even had the first dose or a vaccine yet.

“There is no doubt that the NHS is running hot and there are some very real pressures on health and social care,” said NHS CEO Amanda Pritchard.

“As we look into winter, I think we’re very clear this is going to be a difficult winter, and the things we encourage people to do is anything they can do to protect themselves, so that’s the COVID-19 vaccine, it’s the flu vaccination in particular.”

She urged anyone who has not yet had a COVID-19 jab to do so, saying it was an “evergreen” offer.

More than a half a million adults have come forward for a first dose since the beginning of September, an average of around 9,000 a day over the past four and a half months, according to the NHS.

But the call for vaccination isn’t resonating with everyone.

A woman getting her second dose of the Pfizer jab at a southwest London vaccination centre told Sky News: “I’ve heard reports of people who had boosters and still got COVID-19 so [I’m] not really sure that it’s really necessary – if my body needs to cope it will do well with two doses.”

Some scientists say that this is down to the lack of clarity from authorities on how much of a threat COVID-19 still is.

“I think this is a very confusing public health message from the government,” said Dr Chaand Nagpaul, chair of the BMA Council.

“Because on the one hand, it’s concerned about the level of infections and is really urging everyone to have the vaccine, but on the other hand, it’s telling people that they can actually mix freely, without any infection control measures, and they can actually mix without face coverings, without physical distancing, with crowding in indoor spaces.”

With the NHS already under strain, fears are mounting about what this winter might bring.