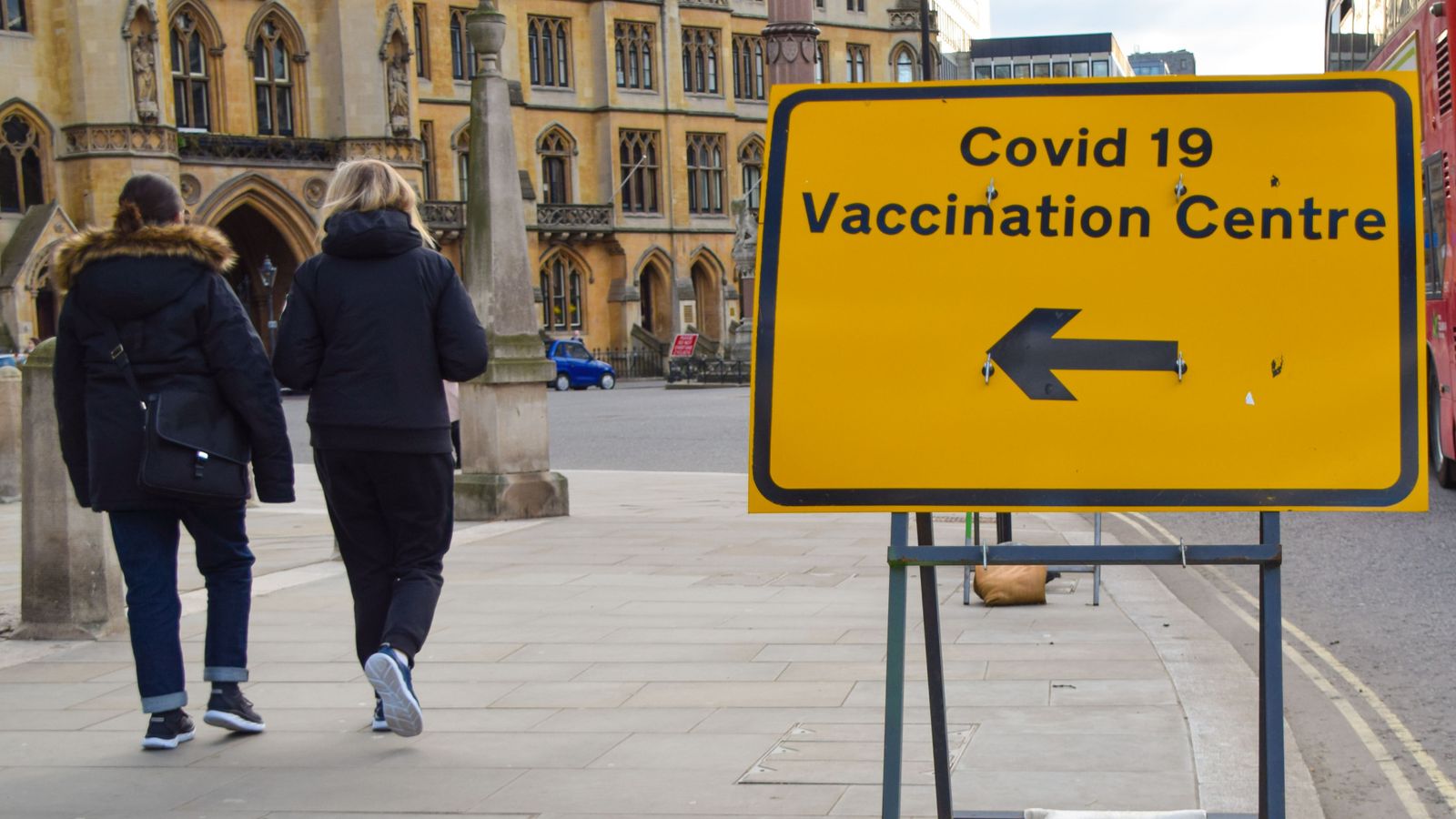 The third shots are currently available to those aged over 50 and those deemed most at risk from coronavirus.

The rollout began in September, and people in England have had to wait until six months after their second dose before they have been eligible to book.

But from Monday, they can make their appointment after five months, although they will still only be able to actually receive the booster after six months.

For most, the booster is designed to top up the immunity they received from two doses earlier in the year. For immunocompromised people, it’s classed as a third dose as they didn’t get enough protection from two jabs in the first place.

Prime Minister Boris Johnson tweeted after the milestone was confirmed on Sunday: “An amazing 10 million people across the UK have already come forward for their booster.

“We know vaccine immunity wanes over time, so boosters are vital in keeping you and your loved ones protected through the winter.

“Please get this lifesaving jab as soon as you are called.”

An amazing 10 million people across the UK have already come forward for their booster.

We know vaccine immunity wanes over time, so boosters are vital in keeping you and your loved ones protected through the winter.

Please get this lifesaving jab as soon as you are called. pic.twitter.com/62NspODIqV

Latest figures from the government’s coronavirus dashboard also showed another 30,305 daily infections, compared to 30,693 on Saturday and 38,009 this time last week.

Another 62 people have died within 28 days of a positive test, compared to 155 on Saturday and 74 a week ago.

The total number of people to have died within 28 days of testing positive for coronavirus now stands at 141,805, according to government figures.

The booster jab milestone comes as the health secretary urged the elderly and vulnerable to have the dose “as soon as you can” in order to avoid restrictions being imposed over Christmas.

Sajid Javid issued the call as three million more people in England are set to be invited to have a booster shot.

Mr Javid’s message comes after one of Britain’s top scientists warned the COVID crisis is a “long way from over” and the situation in the UK is “concerning”.

The comments from Sir Jeremy Farrar, director of the Wellcome Trust, came after Sky News revealed he had quit the government’s Scientific Advisory Group for Emergencies (SAGE).

Sir Jeremy has advocated for a “vaccine plus” strategy to curb the high levels of transmission seen in the UK,

His plan calls for more mask wearing, ventilation and continued coronavirus testing to get the nation through what some experts predict will be a difficult winter.