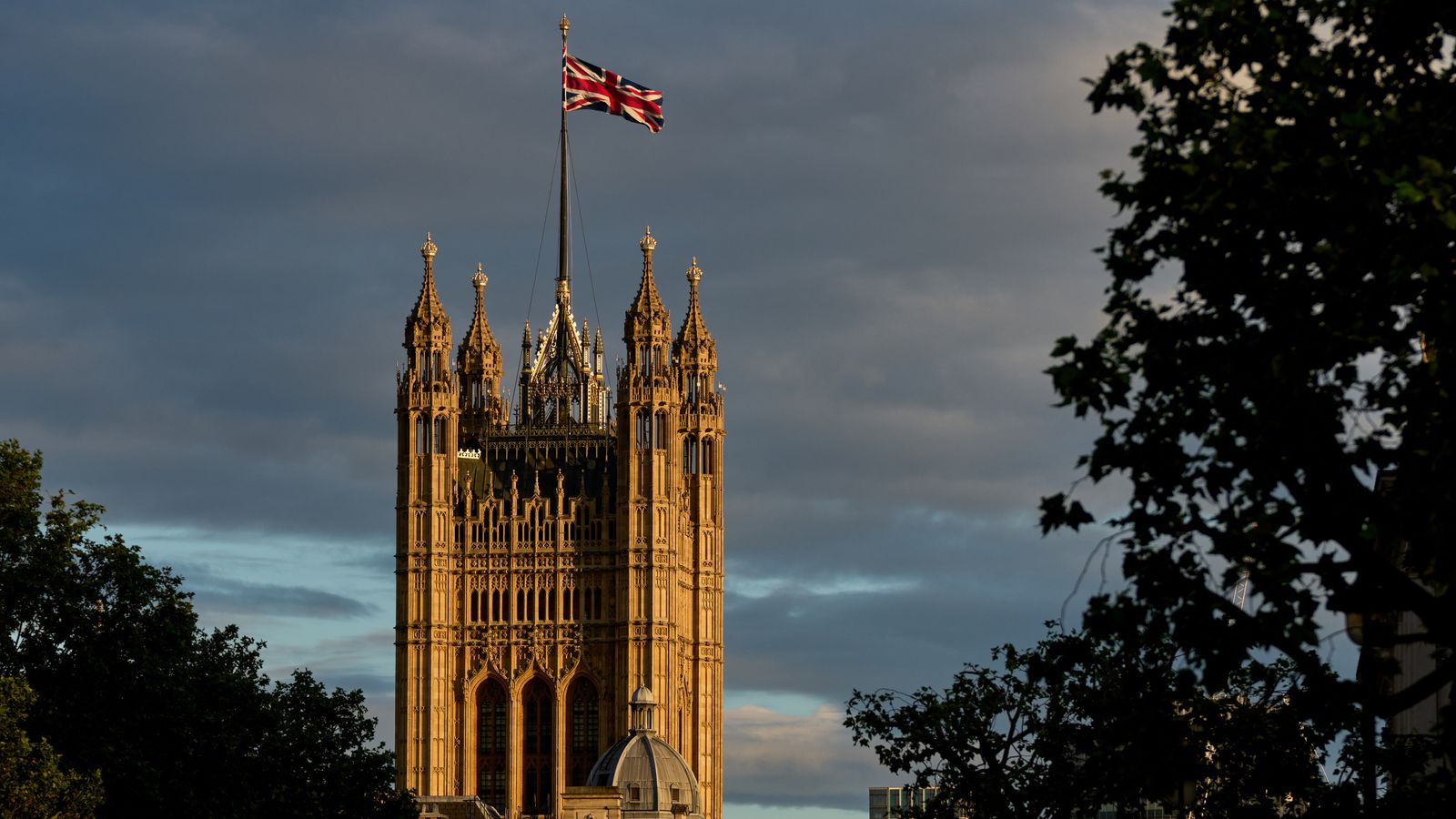 A cabinet minister has told Sky News it is important to have a “rich mix” in the House of Lords, amid fresh scrutiny of the Conservative Party’s award of peerages.

According to The Sunday Times, 15 of the last 16 Conservative Party treasurers have been offered a seat in the upper chamber after donating more than £3m to the party.

They include Lord Cruddas, who took his seat after Prime Minister Boris Johnson rejected the advice of the House of Lords Appointments Commission not to grant him a peerage.

An ex-party chairman was quoted by the newspaper as saying: “The truth is the entire political establishment knows this happens and they do nothing about it… The most telling line is, once you pay your £3m, you get your peerage.”

The party has denied there is any link between the donations and nominations to sit in the Lords.

A Conservative spokesman told the newspaper: “We do not believe that successful business people and philanthropists who contribute to political causes and parties should be disqualified from sitting in the legislature.”

“We have an incredible system in the UK where we don’t ask the state to fund our political parties and if we didn’t have the private donations that come through from donors large and small – in my constituency, people donate £25 a year and donors who can provide more, do more – if we didn’t do that the taxpayer would be funding political activity.

“I think our UK system is uniquely well-placed to ensure that we get this broad stretch… the unions fund a great deal of the Labour Party’s activity, again that’s from many, many small voices, and then some large ones too.

“It’s a mix which brings a real depth of voices to our political parties across the piste.”

Ms Trevelyan added people should not be “barred from going to the House of Lords because they have made a lot of money, employed many, many thousands of people, run incredible businesses at their own risk”.

She continued: “Those who choose to put themselves forward in political environments, as well as their business and philanthropic ones, will go through the process just like anyone else, and we want a rich mix in the House of Lords of voices with experience of all the sectors of our country.”

Opposition parties have seized on The Sunday Times report to put further pressure on the government in the wake of the Owen Paterson lobbying scandal.

SNP MP Pete Wishart said: “The Tory corruption scandal is growing worse by the day. It’s now beyond all doubt that the honours system has been abused by the Tories.

“The Metropolitan Police should launch a fresh cash for honours investigation to determine whether a criminal offence has been committed.

“It is utterly appalling that so many millionaire Tory party donors have been handed life peerages by Boris Johnson and his predecessors.”

Mr Wishart, whose party refuses to nominate people to be members of the House of Lords, also accused other parties beside the Tories of “dishing out peerages to donors as though they were sweeties”.

“It is corruption plain and simple – and it absolutely stinks,” he added.

Labour Party chair Anneliese Dodds said it was “now clear that the cash for access culture at the heart of this Conservative government stems from the top and reaches through every sinew of the prime minister’s party”.

“This stench of sleaze emanating from Boris Johnson’s government grows by the day, with even a former Conservative prime minister [John Major] calling his administration ‘politically corrupt’,” she added.

Labour have also demanded that the prime minister rule out Mr Paterson, who resigned in the wake of a row over his lobbying for two private companies, being given a peerage in future.

In a letter to Lord Bew, the chair of the House of Lords Appointments Commission, Labour leader Sir Keir Starmer asked whether he agreed that “anyone found to have egregiously breached standards leading to a suspension from parliament would be an inappropriate nominee for a peerage”.

Sir Keir added that awarding Mr Paterson a peerage would “undermine confidence in the probity of parliament”.