Nazanin Zaghari-Ratcliffe: Husband urges UK govt to be ‘a lot tougher’ with Iran over wife’s detention as hunger strike continues 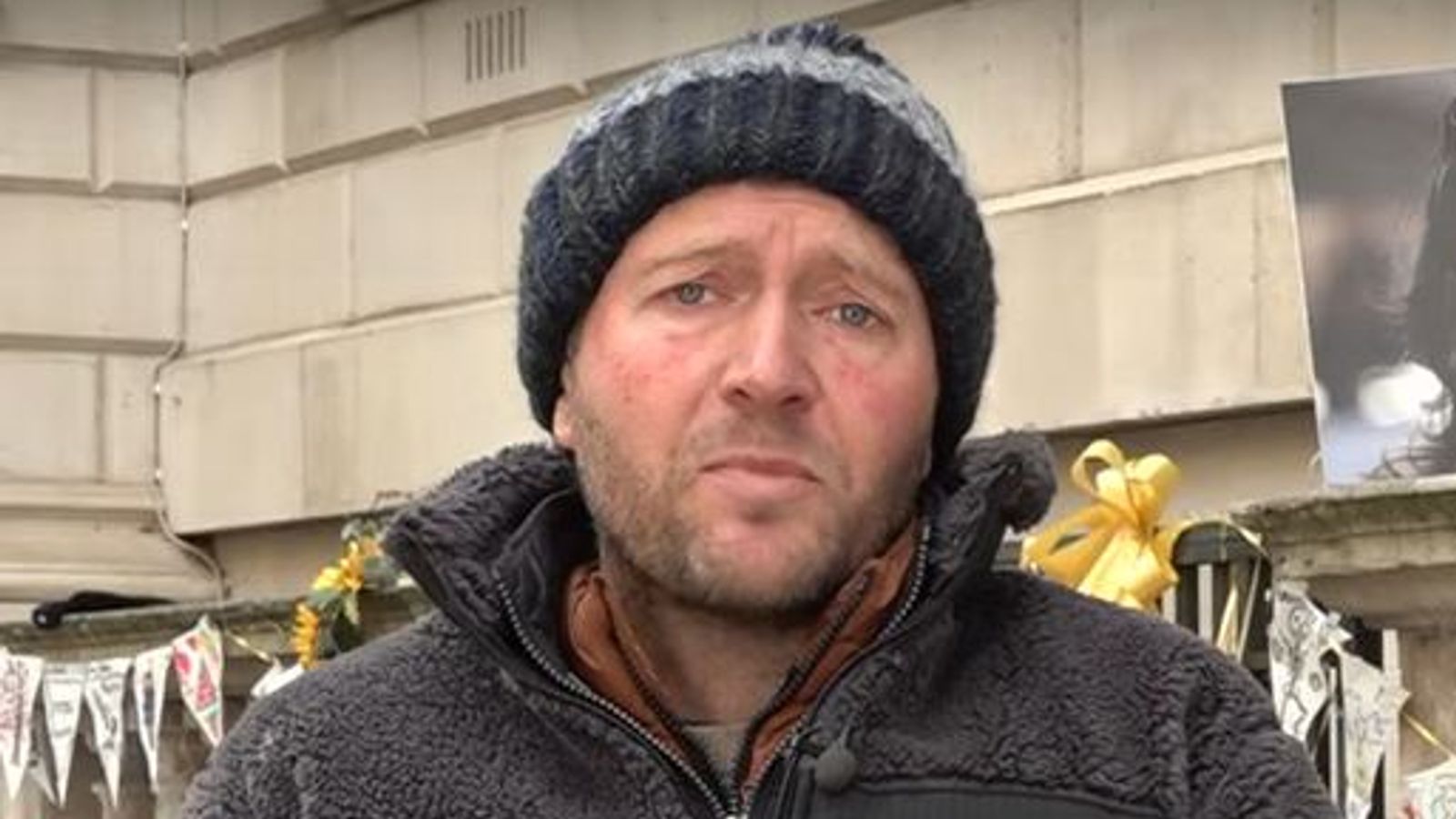 The husband of Nazanin Zaghari-Ratcliffe has called on the British government to be “a lot tougher with Iran” as he continues his hunger strike outside the Foreign Office for a third week.

Richard Ratcliffe has been staging his protest for 16 days in central London in an attempt to persuade the government to do more to secure the release of his wife.

Ms Zaghari-Ratcliffe has been detained in Tehran since 2016, when she was accused of plotting to overthrow the government.

Image: Nazanin Zaghari-Ratcliffe has been in Iranian custody since 2016

She was taking her daughter Gabriella to see her family when she was arrested and sentenced to five years in prison.

The final year of her sentence was spent under house arrest in Tehran, but after her release earlier this year she was convicted of “spreading propaganda against the regime”.

Mr Ratcliffe said it had been “pretty cold” during his hunger strike in the last week – but is still urging the British government to step up its efforts to bring his wife home and let Iran know there are “consequences” for “playing these games”.

He told Kay Burley on Sky News: “They (the government) clearly were working quite hard in the summer to broker a deal and that deal clearly fell apart. Nazanin’s new sentence, which came three weeks ago, is a sign of that.

“The Iranians are threatening it, but they will throw her back in prison quite soon.

“So the first ask was that they (the UK) do something to stop that and that there are consequences for Iran for playing these games, which the government wasn’t keen to do.

“I don’t think the government’s approach to dealing with Iran’s hostage-taking is effective. Five-and-a-half years shows that.”

Ms Zaghari-Ratcliffe and her family have reportedly been told by Iranian officials that she is being detained because the UK has failed to pay an outstanding £400m debt to Iran.

Mr Ratcliffe said: “I think they do need to pay their debt – that’s why Nazanin was taken. We’ve lost five-and-a-half years of our lives to unpaid debt and others have been taken since.

“But also they do need to be a lot tougher with Iran.

“For example, this week the Iranian vice president has been hosted up in Glasgow and been wined and dined – really, he should be challenged a lot more on the fact that it’s not okay when British citizens are being held hostage.”

He added he plans to continue his hunger strike for a “few more days” to try to convince the British government to take more action.

He said: “Gabriella needs two parents – she doesn’t need neither of them. I think this week the Iranian delegation is over in the UK. I would like to continue while they’re here.

“I’ve written again to the Foreign Office this morning to say, ‘listen, I’m still waiting to hear an answer to the demands – are you going to do any of them?’

“So we’ll take it a few more days, but I’m beginning to get a bit creakier, slower mentally, certainly a lot slower physically and I’m feeling the cold. Take it almost one day at a time at this point.”