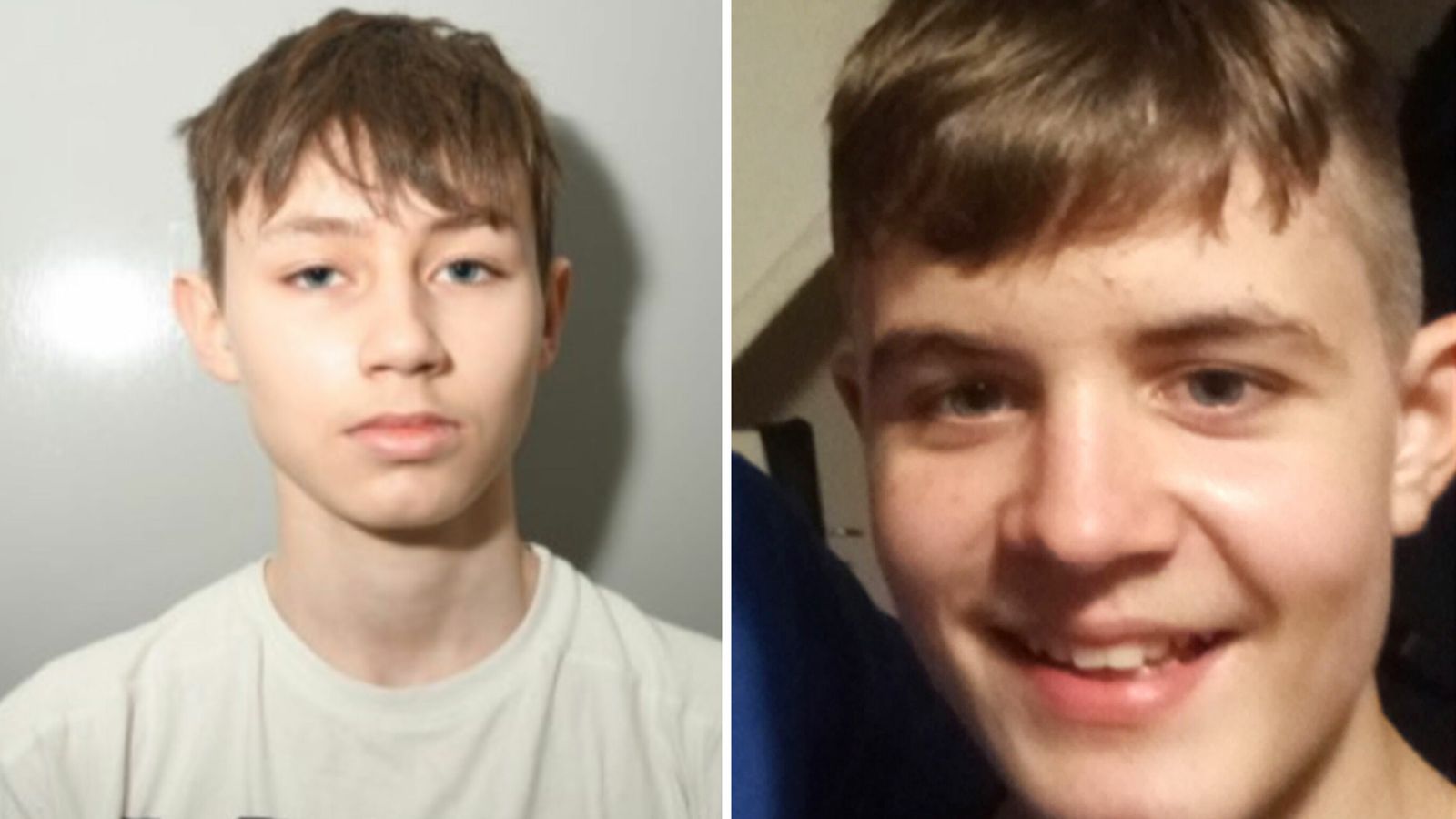 A boy has been jailed for at least 16 years for murdering 12-year-old Roberts Buncis after luring him to woodland in Lincolnshire last year.

A trial heard that Marcel Grzeszcz, 15, stabbed Roberts more than 70 times all over his body and that there was a neck wound “consistent with a decapitation attempt”.

He was stabbed with such force that the tip of the knife was found embedded in his skull.

The killing happened in Fishtoft, near Boston, on 12 December, just two days before Roberts’ birthday.

Image: Roberts was killed a few days before his 13th birthday. Pic: JustGiving

Grzeszcz – who was 14 at the time of the attack – had denied murder but admitted manslaughter.

He claimed Roberts had taken a knife to the scene and that it was his friend’s weapon that caused the fatal injuries.

The teenager said he had acted in self defence and “lost control” after Roberts tried to stab him in a row over a drug deal.

However, the jury didn’t believe him and decided the murder was “motivated by anger”.

Text messages showed Grzeszcz had told Roberts to meet him in woodland in the early hours with the promise of £50 to help him move something.

“When the two of you met up in the wooded area, I’m satisfied while the deceased was unarmed and unaware of what was to take place, you came armed with a large knife and with latex gloves intending at that time, at the very least, to cause him serious bodily harm,” said judge Mr Justice Jeremy Baker.

He said the attack was planned and premeditated and that Grzeszcz had made “a determined effort to remove his head”.

Image: Roberts’ father (L) told the court: ‘My life is in a cemetery. I feel empty and nothing will change this’

Jurors were told about texts he had sent to a friend after the killing in which he said “things went wrong”, and “this wasn’t supposed to go down like this”.

Lincoln Crown Court previously heard that he had attacked the younger boy because he believed he was “a snitch”, and in his sentencing the judge said Grzeszcz appeared to view Roberts “as something of a liability”.

The court also heard about his troubled past.

Grzeszcz had been kicked out of school for having a knife and sent to a pupil referral unit, and later excluded from another school for selling drugs.

Roberts’ father, Edgars Buncis, said in a victim impact statement: “How do I put into words how I feel? This is all wrong. No father should ever have to bury their son.

“Nothing is a reason for this. I have lost my destination and my purpose.

“My life is in a cemetery. I feel empty and nothing will change this.”

Grzeszcz can now be identified after a reporting restriction barring naming him was lifted by the judge.

Giving his ruling for lifting the order, Mr Justice Jeremy Baker said: “I am satisfied that not only is it in the interests of justice to dispense with the current anonymity order… but that the effect of continuing the order would be to impose a substantial and unreasonable restriction on the reporting of the proceedings at this stage and that it is in the public interest to remove the restriction.”