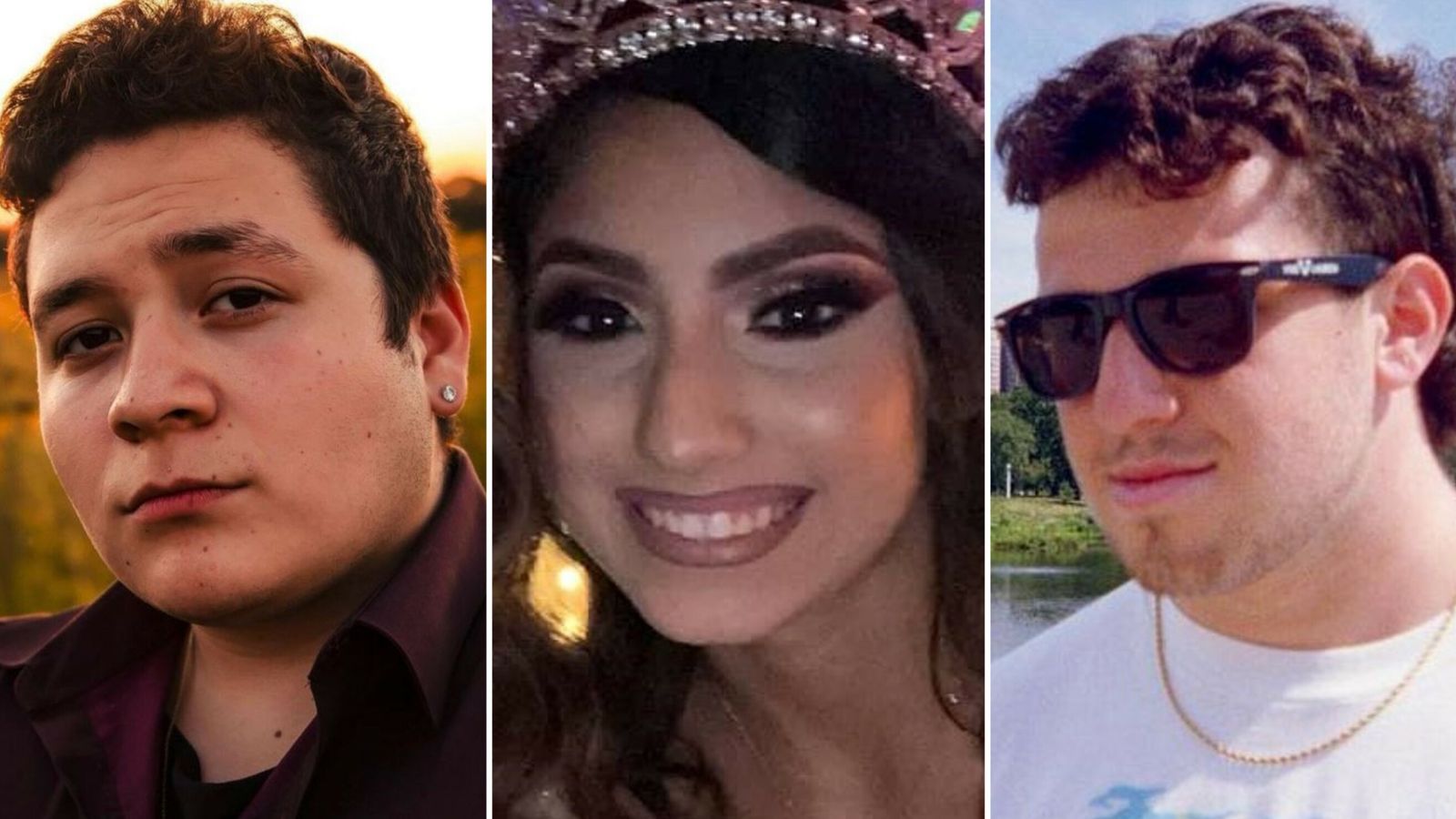 A 16-year-old student and two best friends are among the victims who have been named after a crowd surge at a concert by rapper Travis Scott.

At least eight people aged between 14 and 27 were killed in the tragedy at Astroworld Festival in Houston, Texas, on Friday.

The disaster happened after some of the 50,000 people in attendance are said to have pushed toward the stage at NRG Park, as a timer clicked down to the start of Grammy-nominated Scott’s show.

Brianna Rodriguez, 16, a student at Heights High School in Houston, was among music lovers who attended the sold-out two-day event.

The teenager was described as “beautiful” and “vibrant” and passionate about dancing on a crowdfunding page to raise money for her funeral.

“Dancing was her passion and now she is dancing her way to heaven’s pearly gates,” her family said.

Rudy Pena, 23, the youngest of five siblings, attended the concert with friends.

The medical assistant and criminal justice major, from Laredo, Texas, was the “calmest, most playful and most sweetest with everyone”, his brother-in-law, Sergio Gonzales, told People.com.

Image: Rudy Pena, 23, the youngest of five siblings, attended the show with his friends

The stampede also claimed the life of Franco Patino, 21, a student at the University of Dayton in Ohio.

Patino, from Naperville, Illinois, was an “amazing person” said his brother, Cesar.

He told NBC Chicago: “I just want people to know that my brother isn’t just a number at a concert that died.

“He was a good, amazing person that loved to have joy and fun in his life, and wanted to be living his life to the fullest.”

Image: Franco Patino, 21, was a student at the University of Dayton

Jacob Jurinek, also 21, thought to be Patino’s best friend, died after the pair saved up to attend the event.

Patino’s older brother, Julio Patino Jnr, 25, told People: “They were planning to (go to the event) for months.

“Franco was saving up money for it, so was Jacob.”

Both Jacob and Franco were described in tributes on social media as two of the “nicest” and “kindest” people.

Image: Jacob Jurinek (pictured) and friend Patino had saved up to attend the festival

Danish Baig, 27, was killed as he tried to help his fiancee in the crush, according to a Facebook post written by his brother, Basil Mirza Baig.

Basil, who also attended the festival, told of his grief at not being able to save his sibling.

He wrote: “My brother Danish Baig (was) a beautiful soul whose smile would light up the room and put everyone before himself.”

Image: Danish Baig was a ‘beautiful soul whose smile would light up the room’, said his brother

Axel Acosta, 21, was also among the victims killed in the tragedy, his father, Edgar Acosta, told US media.

He was a computer science major at Western Washington University, which released a statement paying tribute: “By all accounts, Axel was a young man with a vibrant future. We are sending our condolences to his family on this very sad day.”

Families of the victims have demanded justice as a criminal investigation is now under way, with Houston Mayor Sylvester Turner calling the disaster a “tragedy on many different levels”.

“Scores of individuals” were injured in the “mass casualty incident” which happened around 9pm local time, with at least 13 still in hospital, Mr Turner said on Saturday.

A security officer was also left unconscious after apparently being injected in the neck by a concert-goer.

Judge Lina Hidalgo vowed to “ask tough questions” until it is determined whether the crowd surge happened due to “unpredictable events, of circumstances coming together that couldn’t possibly have been avoided.”

Scott, 29, is known for his high-energy performances in which music fans are encouraged to stage dive and crowd-surf.

The Houston-born rapper stopped his set and asked security to “help real quick” during the crowd surge.

He told how he is “devastated” by the events in an emotional video as he promised to help the families of the eight victims.

Festival organisers are working with the police, fire department and city officials to “get to the bottom” of what happened, Scott said.

His partner Kylie Jenner, with whom he is expecting his second child, told how they are “broken and devastated”, as she offered her “deepest condolences” to the families of those affected.