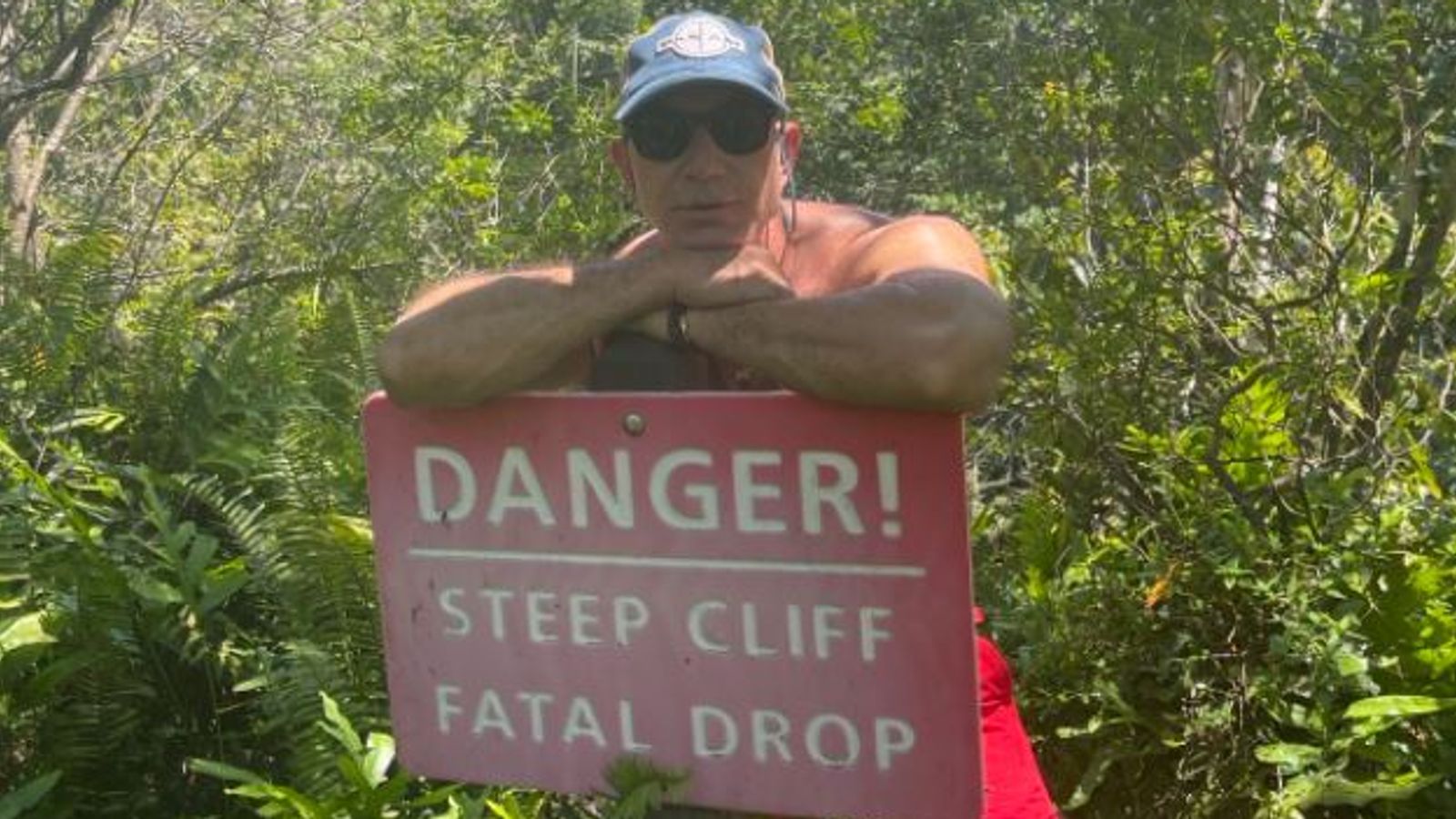 Amazon founder Jeff Bezos has jokingly suggested he would lure Leonardo DiCaprio off a cliff in response to a video of his girlfriend meeting the actor.

The world’s second richest man tweeted the joke after a video of his partner Lauren Sanchez, animatedly chatting with DiCaprio, 46, at a party in Los Los Angeles attracted more than 17.3 million views online.

Ms Sanchez, 51, a television anchor and entertainment reporter, could be seen looking enamoured talking to the actor; briefly putting her arm around him, while Mr Bezos stood by them at the film gala.

Mr Bezos, 57, who also founded the Blue Origin space company, responded to video on Twitter where he shared a photo of himself standing next to a sign saying “Danger! Steep Cliff. Fatal Drop”.

Alongside the image he wrote, “Leo, come over here, I want to show you something” and tagged the actor in the post.

His reply has since been liked more than 184,000 times, with many commentators enjoying the humorous take.

Barstool Sports media company shared the original video of the meeting at the weekend with the caption: “Leo is Mr. Steal Yo Girl.”

The pair were at the 10th annual Los Angeles County Museum of Art’s Art and Film Gala on Saturday. It was also attended by stars like Miley Cyrus, Jared Leto and Paris Hilton.

Mr Bezos split from wife of 25 years MacKenzie Scott in 2019, leaving her as the world’s third-richest woman at the time with more than $35bn (£26bn).

DiCaprio, meanwhile, has been in a relationship with model Camila Morrone, 24, since 2017.

There was no immediate response from DiCaprio to Mr Bezos’s “steep cliff” joke.