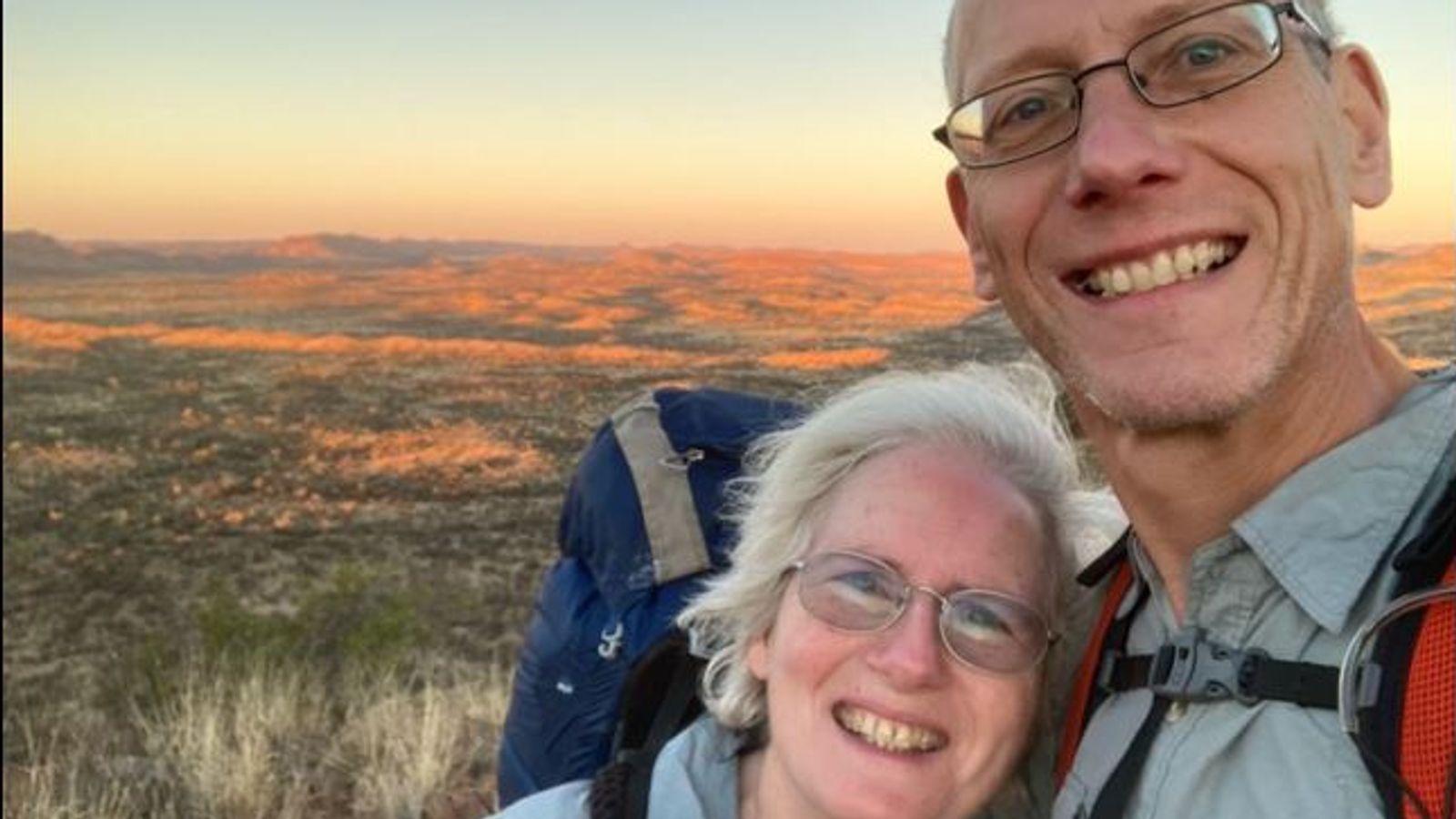 The wife of a British man killed by a shark was a “wonderful” husband and father who “died doing what he enjoyed the most”, his wife has said.

Paul Millachip was swimming at Port Beach near Perth in Western Australia when he was attacked by what is believed to be a 4.5m (15ft) great white.

Only his goggles were found after Saturday’s attack, despite a search from both the air and water that was eventually called off yesterday afternoon.

Image: Paul Millachip and his wife were regular visitors to the beach. Pic: WA Police

Teenagers in a dinghy witnessed the attack and frantically urged other swimmers to get out of the water.

One witness quoted by The West Australian newspaper said: “It was big, and it looked like a white.

“After the attack we saw it swing out the water with its fin. He was a big one. And then I saw these young guns in a tinny racing up the beach raising the alarm.”

Image: The beach was closed while the search was carried out. Pic: AP

Mr Millachip’s wife praised the teenagers and said they could have saved other lives.

“A special mention to those young lads in the boat for what they did in what must have been an absolutely terrifying experience for them, so my heart goes out to them and I thank them for what they did,” she said.

“It came out of the blue. But it did happen, you just have to deal with it,” she added.

Image: Rescue boats were seen approaching a dinghy in the water after the attack. Pics: AP

Mrs Millachip – who is believed to have been in the changing rooms when the attack happened – said she had been in the water earlier, but came out because it was cold.

She said her husband, 57, “died doing what he enjoyed the most, which was exercising” – and called him a “wonderful man, a wonderful father”.

“We had been going down to the beach two or three times a week,” she said.

Australian media said the beach had reopened on Monday morning but that people were being urged to “remain vigilant”.

The country’s last fatal shark attack was on 5 Sept in New South Wales.

There have been 17 attacks in Australia this year, two of them fatal, according to the Taronga Conservation Society, an Australian government agency.