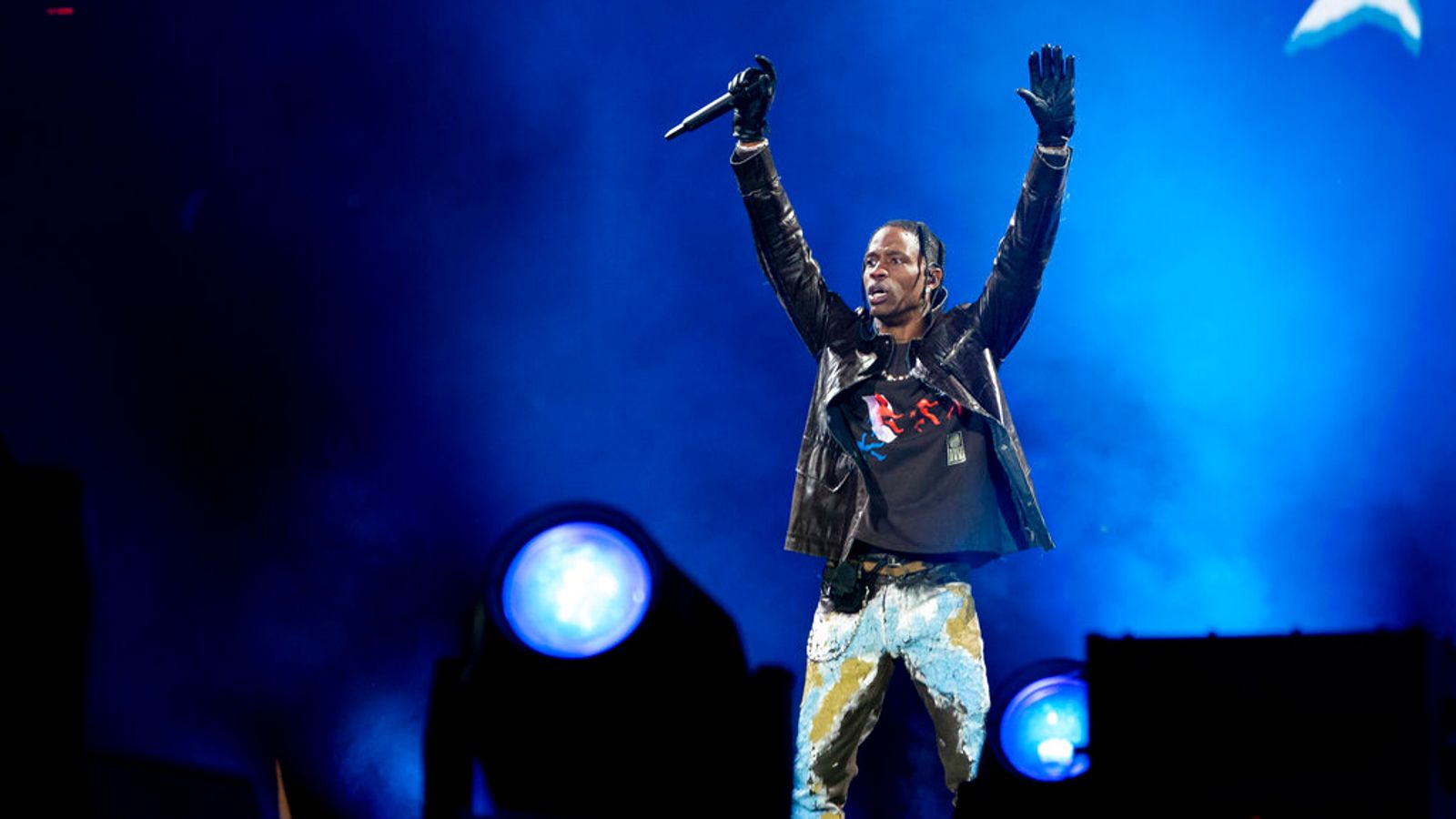 The head of Houston Police said he “expressed concerns” to rapper Travis Scott ahead of a concert that left people dead following a fatal crowd surge.

Eight people aged between 14 and 27 were killed in the crush at the Astroworld Festival, Houston, while hundreds more were injured.

A lawyer, representing the family of Axel Acosta, 21, who was killed, said: “Crowd-goers trying to escape their own suffocation trampled over his body like a piece of trash.”

In a statement, police chief Troy Finner said: “I met with Travis Scott and his head of security for a few moments last Friday prior to the main event.

“I expressed my concerns regarding public safety and that in my 31 years of law enforcement experience I have never seen a time with more challenges facing citizens of all ages, to include a global pandemic and social tension throughout the nation.

“I asked Travis Scott and his team to work with Houston Police Department for all events over the weekend and to be mindful of his team’s social media messaging on any unscheduled events. The meeting was brief and respectful, and a chance for me to share my public safety concerns as Chief of Police.

“As I have previously stated, our criminal investigation continues. We are asking for everyone to be considerate of the grieving families during this incredibly difficult time. Please continue to lift them up in prayer.”

The eight people who died

John Hilgert, 14, and the youngest of those who died was described as a “good student, athlete and so polite”.

Varsity cheerleader Madison Dubiski, 23, was the “life and soul of the party”, according to friends.

Brianna Rodriguez, 16, was a high school student who “loved to dance”.

Rodolfo “Rudy” Pena, 23, of Laredo, Texas, was a student at Laredo College and wanted to be Border Patrol agent.

Franco Patino, 21, was working toward a mechanical engineering technology degree at the University of Dayton.

Scott has said he has been left “absolutely devastated” by the incident.

It comes as lawyer Tony Buzbee said he will be filing legal action on behalf of at least 35 people – a number he said is growing, with his phone “ringing off the hook”.

So far, some 13 lawsuits have been filed against Scott and Live Nation Entertainment Inc in Harris County, with many suing for negligence, gross negligence, and damages for injuries.

Image: Brianna Rodriguez, 16, was among the victims Image: Franco Patino, 21, was a student at the University of Dayton in Ohio

Several of the lawsuits state that the defendant was “seriously and permanently injured by the recklessness and conscious indifference” of Scott and Live Nation.

Manuel Souza, one of the people who filed a petition seen by Reuters and Associated Press news agencies, suffered “serious bodily injuries” in the tragedy at the Astroworld Festival in Houston, Texas.

Mr Souza is seeking at least $1m (about £741,000) in damages from defendants including Scott and show organisers Live Nation, according to a lawsuit filed in Harris County District Court.

Another man named Kristian Paredes has also filed a lawsuit against Scott, Live Nation, and Canadian rapper Drake, who made a guest appearance at the concert, according to US media.

Image: Jacob Jurinek had saved up to attend the festival Image: Rudy Pena, 23, the youngest of five siblings, attended the show with his friends

Families of the victims have demanded justice and investigators are expected to examine the design of safety barriers and the use of crowd control in determining what led to the surge at the sold-out festival, which was founded by Scott.

A security officer was also left unconscious after apparently being injected in the neck by a concert-goer.

Scott said he was working to help the families of “the ones that was lost” as well as giving his “total support” to police.

He announced he will cover all funeral costs and “provide further aid” for those affected.

He stopped multiple times during his set after spotting fans in distress near the front of the stage and asked security to help people out of the crowd.

We are keeping all of the victims, families and loved ones impacted in our prayers for healing – as well as Travis who we know cares so much about his fans and is truly devastated.

Kardashian West, 41, tweeted: “We are keeping all of the victims, families and loved ones impacted in our prayers for healing – as well as Travis who we know cares so much about his fans and is truly devastated.”