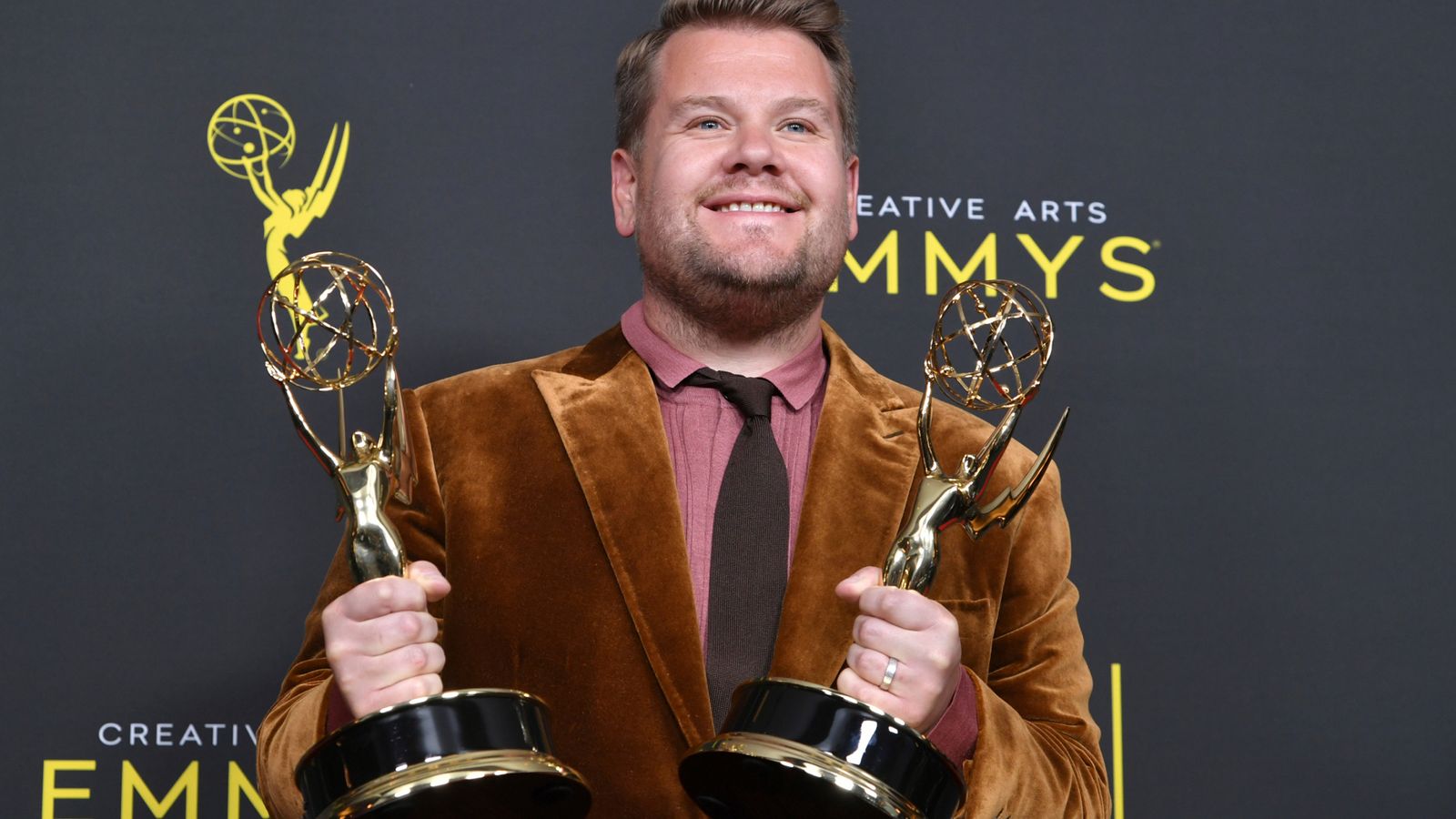 Wicked fans have started a petition attempting to block James Corden from starring in the film adaptation of the hit musical.

Popstar Ariana Grande and British Oscar nominee Cynthia Erivo will appear in the movie, which fills in the back story of The Wizard of Oz.

But, fans are attempting to stop 43-year-old Corden from joining the cast list and as of Tuesday, the petition has over 60,000 signatures.

Image: Ariana Grande and Cynthia Erivo will star in the film adaptation of Wicked. Pic: AP/Reuters

The actor and TV host had widely criticised roles in the film adaptions of Cats and The Prom.

The petition, aimed at producers Universal Studios, states that Corden “in no way shape or form should be in or near the production of Wicked the movie”.

Signatories cited reasons for adding their names including “we’ve suffered enough” and “he must be stopped”.

Corden, a household name in the US thanks to his The Late Late Show, is yet to publicly address the petition.

Despite the opposition for his potential Wicked casting, Corden is an accomplished star of the stage.

In 2012 he won the Tony Award for best actor in a play for One Man, Two Guvnors.

But the film adaption Cats was so poorly received that Andrew Lloyd Webber, who wrote the original stage production’s music, bought a dog while describing the film as “off-the-scale all wrong”.

Corden’s performance in The Prom was also criticised. The star played a gay character in what some critics said was a distasteful portrayal.

The Broadway production debuted in 2003 and has since surpassed $1bn (£742m) in revenue – only the third show to do so alongside The Phantom Of The Opera and The Lion King.