Boy, 10, killed in dog attack near Caerphilly is named by police, as mother describes him as ‘beautiful’ 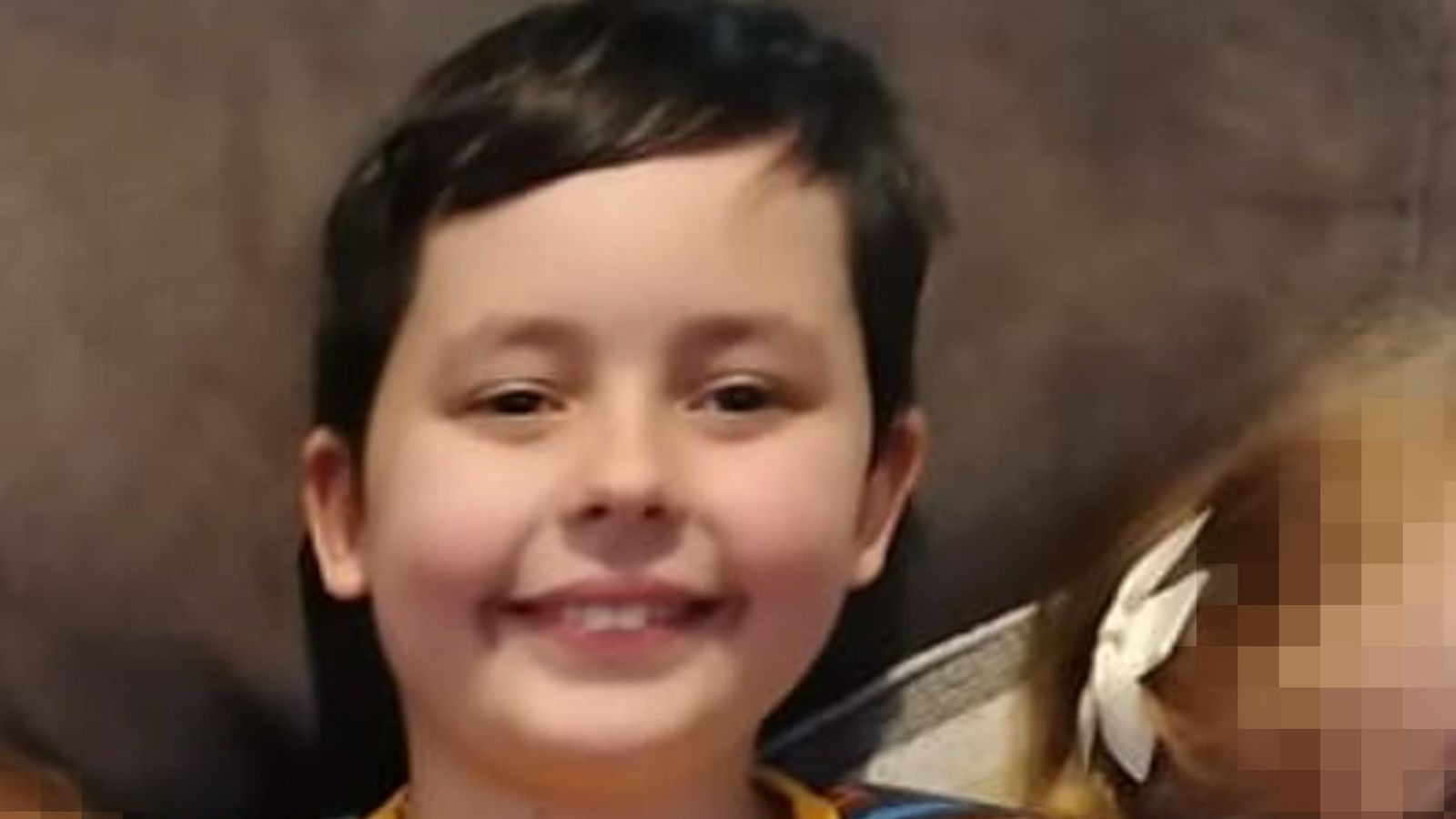 The mother of a 10-year-old boy who was killed in a dog attack near Caerphilly in South Wales has described her son as “beautiful” and “sweet”.

Jack Lis was attacked at a friend’s house in a street near to his home in Pentwyn, Penyrheol, after school.

Police were called to the address at 3.55pm on Monday, accompanied by paramedics from the Welsh Ambulance Service.

Image: 10-year-old Jack Lis died after being attacked by a dog

In a Facebook post, Jack’s mother Emma Whitfield wrote: “With so much heartbreak and before close friends and family see his name in the news, I have to announce our beautiful boy Jack was taken so tragically yesterday.

“It was not our dog nor did it happen at our family home. He was out to play.

“We love you so much our sweet sweet boy.”

Jack, who was on an after school playdate at the house where the dog lived, had such severe injuries that he was unable to be saved.

Chief Superintendent Mark Hobrough said: “We strongly suspect the level of injuries to Jack would suggest he was deceased by the time he was removed from the premises.”

When the police arrived, officers were met “by a large amount of the community outside of their houses expressing their concern”.

Image: The dog was destroyed by firearms officers and no other animals were involved in the attack

The constables rapidly managed to “distract the dog very quickly” and remove Jack from the building, but it was too late to save him.

Inside the home, the animal was said to still be acting “aggressive”, running around the premises and “attempting to escape”.

Firearms officers followed the initial response and destroyed the animal.

Ch Supt Hobrough said an expert would identify the dog, and whether it was illegal under the Dangerous Dogs Act.

He added that the animal was “very large” and “powerful”.

It was owned by the people who lived at the house in question – which Jack was visiting after school.

Image: Police at the scene in Pentwyn, Penyrheol, near Caerphilly

Police are “in the process” of speaking to the owners of the dog following the incident.

Ch Supt Hobrough said: “My condolences and thoughts are with Jack’s family, friends, school friends and everyone affected by this within the community.”

He added: “Officers are continuing to make further enquiries at this time and will remain at the scene as the investigation progresses.

“There will be a significant presence of officers in this area of Caerphilly as our enquiries continue. Please do not be alarmed.

“If you have concerns or information then please do stop and talk with us.”

Image: Flowers left outside the house

Gareth Rees, the headteacher at Cwm Ifor Primary School, said: “The whole school community has been rocked by the tragic events of the past 24 hours.

“Jack was a bright and caring pupil who was popular amongst his peers and the teaching staff at Cwm Ifor. Our thoughts are very much with his family at this difficult time and we now need time and space to heal together as a school community.

“Appropriate support is being made available for pupils and staff over the coming days as we come to terms with this devastating news.”