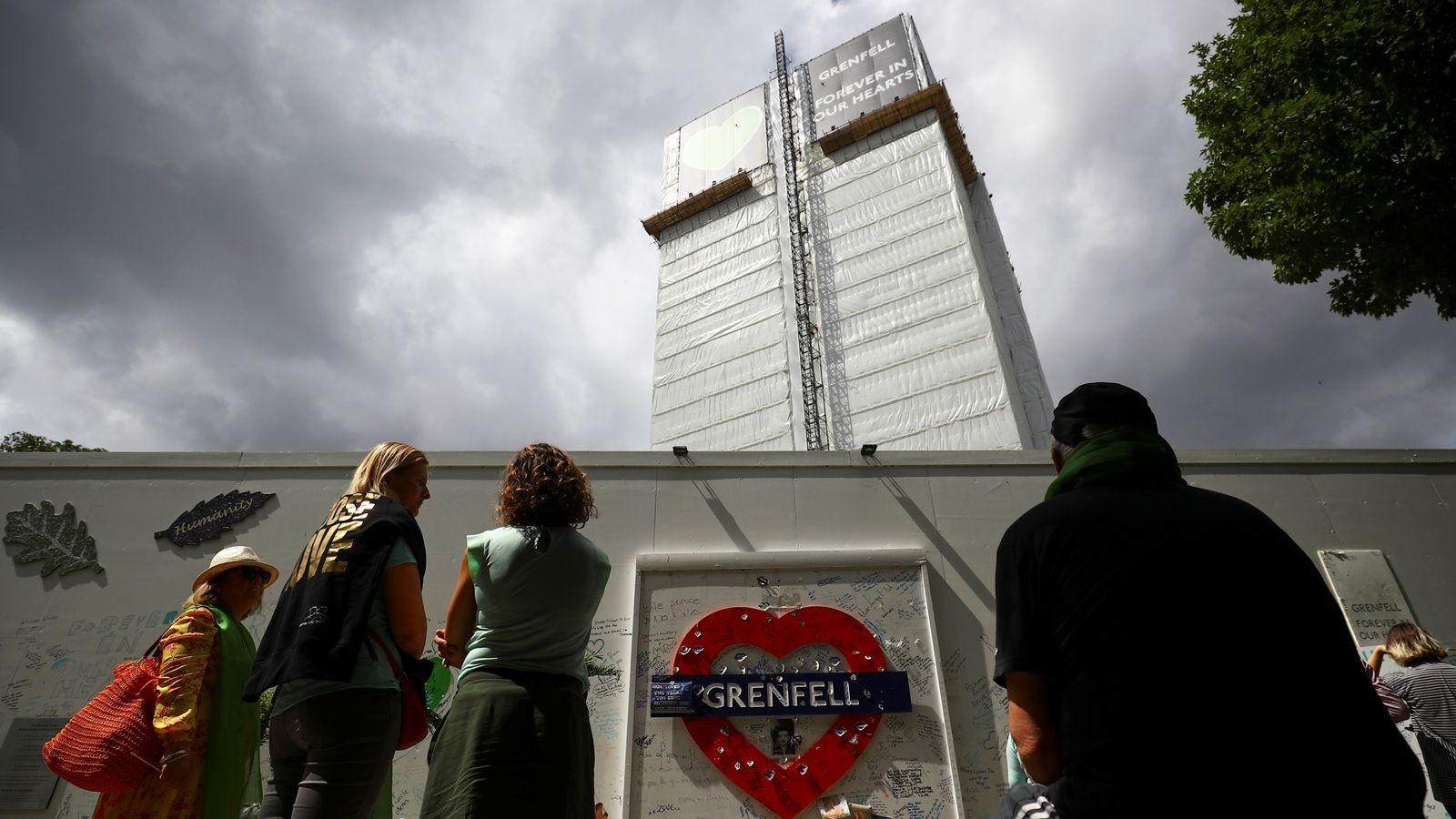 The campaign group of survivors and relatives of those killed in the Grenfell Tower fire has urged the government to “put its money where its mouth is” after Michael Gove said people are still living in unsafe buildings.

Grenfell United said the government “needs to put its money where its mouth is and stop lining its pockets with cash made at the cost of 72 lives”, in reference to the people who died in the 2017 fire that spread more quickly due to the building’s cladding.

Their comments came the day after Mr Gove said the government “failed” Grenfell tenants during his first appearance at the Commons’ Housing, Communities and Local Government Committee since becoming housing secretary in September.

He told MPs on Monday: “We collectively – the department, some in local government, others in the private sector – failed people at Grenfell and there are people who were and still are in buildings where there is a significant risk.”

And he also said the government will “pause” plans that mean leaseholders of buildings under 18 metres have to take out loans to pay for cladding remediation work to make their buildings safe.

He added: “I’m still unhappy with the principle of leaseholders having to pay at all, no matter how effective a scheme might be in capping their costs or not hitting them too hard at any one time. My question is, why do they have to pay at all?”

Mr Gove said it was his intention to provide support for dealing with other fire safety issues, which can often be even more expensive than replacing unsafe cladding.

As the Grenfell Inquiry turns its attention to the government’s role in the disaster, Mr Gove said his department “will be seen to have, on a couple of occasions, not necessarily appreciated the importance of fire safety and not necessarily done everything in the wake of the Lakanal House tragedy that it should have done”.

The 2009 fire at Lakanal House in Camberwell, southeast London, resulted in six deaths and at least 10 injuries.

Image: Leaseholders are having to pay for cladding to be made safe

The first report from the Grenfell Inquiry, currently being conducted by retired judge Sir Martin Moore-Bick, found lessons from Lakanal had not been learned by the time of the Grenfell disaster eight years later.

Grenfell United said it was “convenient timing” for the government to “finally” say “all the right things” before the public inquiry turns to its role in the disaster.

It said there have been four housing secretaries since Grenfell and “we are still in a building fire safety crisis”.

“The government were unwilling to learn lessons from the Lakanal House fire, and are failing to learn from Grenfell,” the group added in a statement.

“Not a single recommendation from the public inquiry has been implemented. Buildings across the country are still unsafe and another Grenfell remains in the pipeline.

“It has been exposed that the government’s relationship with the construction industry is based on financial gain to turn a blind eye at any expense.

“As long as the government’s intentions are purely driven by relationships for cash, people will not be safe in their homes.”

COP26: Boris Johnson urges countries to ‘pull out all the stops’ to secure 1.5C aim in final days of talks