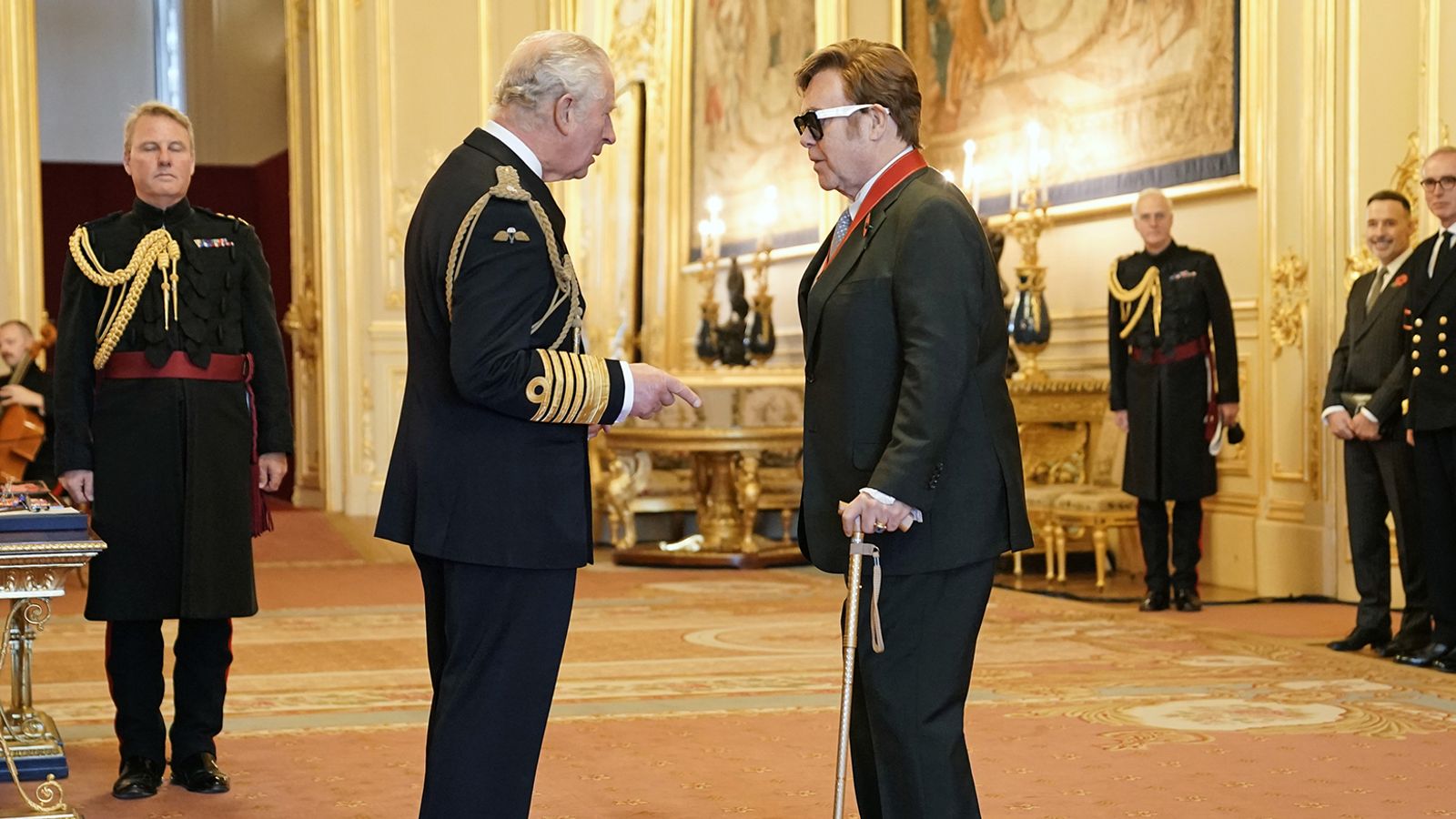 Sir Elton John has been spotted with a walking stick in public for the first time, as he collected an investiture from Prince Charles in Windsor.

The Crocodile Rock singer has been formally given the Order of the Companions of Honour by the Prince of Wales, in recognition of his campaigning work on Aids, as well as his decades-long illustrious music career.

Sir Elton’s appearance with a walking stick comes after he had to delay the European section of his farewell tour after injuring his hip in a fall over the summer, which he said left him in “considerable pain”.

Image: Sir Elton was receiving the Order of the Companions of Honour

The 74-year-old will instead start his tour next year in the US.

Sir Elton’s appearance with the walking aid comes after the Queen was spotted using one for the first time during an event at a Royal British Legion service last month.

Speaking after the ceremony, Sir Elton said that he was “raring to go”, despite not looking “100% fit”.

He said that he was “quite taken aback” when he was told he would get the award, adding it made him “very proud to be British”.

Sir Elton also said that he still wants to try and end Aids by 2030, saying it’s “doable” with his charitable foundation.

Image: Sir Elton John, with his partner David Furnish, after his ceremony

“We have the medicines, we have the wherewithal – we just need to get people to get tested,” he said.

“We need to stop the stigma, and so when I stop touring in 2023, I will hopefully be able to devote more time to this than I can at the moment.

“I think that’s pretty good for a small organisation, but we’re not resting on our laurels, this is something that I desperately want to finish off.”

The Order of the Companions of Honour was established by George V in 1917, with only 65 people being able to hold it at anyone time.

Sir Elton joins the likes of Sir Paul McCartney, Dame Judi Dench and Sir David Attenborough in the order, which is headed up by the Queen.