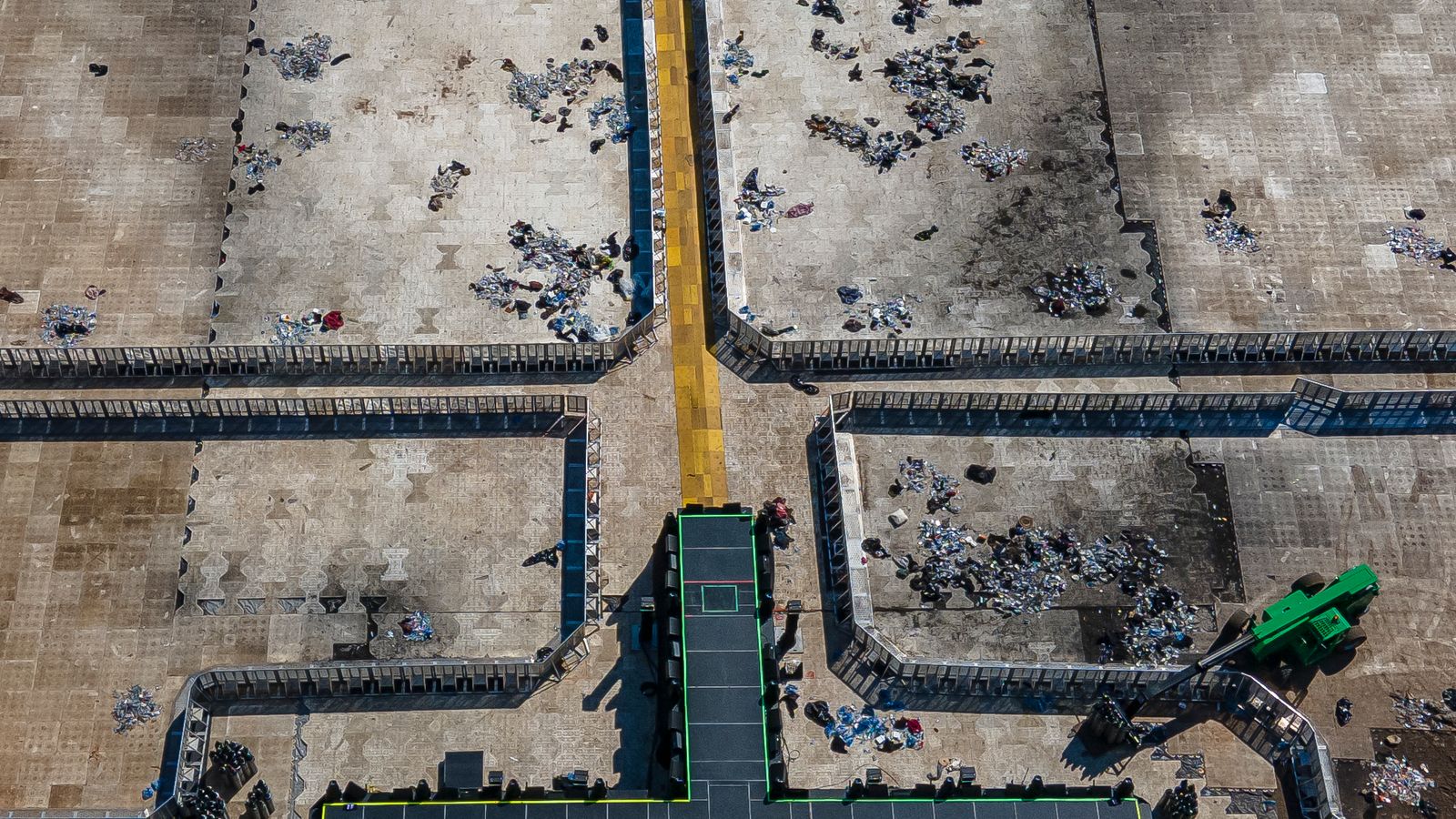 Emergency plans for the Astroworld musical festival did not include details on what to do in the event of a dangerous crowd surge, it has been revealed.

Eight people aged between 14 and 27 were killed in a crush during headliner Travis Scott’s set, and hundreds more injured – including a nine-year-old boy who is in a coma.

Bernon Blount said his grandson, Ezra, was in a medically induced coma at a Houston hospital and the boy’s heart, lungs, and brain were injured in the crush.

Ezra was separated from his father after the crowd became dangerously packed.

“My son, once he had passed out from the pressure being applied to him during the concert, he passed out and Ezra fell into the crowd,” Mr Blount said.

“When my son awakened, Ezra wasn’t there.”

A 56-page event operations plan included protocols for a number of dangerous scenarios, including an active shooter, terrorist threat, and severe weather – but nothing about crowd surges.

“In any situation where large groups of people are gathering, there is the potential for a civil disturbance/riot that can present a grave risk to the safety and security of employees and guests,” the plan said.

“The key in properly dealing with this type of scenario is proper management of the crowd from the minute the doors open.

“Crowd management techniques will be employed to identify potentially dangerous crowd behaviour in its early stages in an effort to prevent a civil disturbance/riot.”

Image: Emergency plans did not include details about crowd surges

If crowds are displaying threatening or destructive behaviour, security and a supervisor should be notified, the plan said.

Experts say crowd surge deaths happen when people are packed so tightly into a space they cannot breathe – not because they are trampled.

The head of Houston Police said he “expressed concerns” regarding the safety of the event to the rapper before the concert took place.

Authorities will now review whether the concert promoter and others behind the festival adhered to the plans submitted.

Festival organisers had a contract with New York-based ParaDocs to handle all medical services at the festival.

A 22-page plan the company submitted to local officials ahead of the festival said it estimated 70,000 attendees – more than the actual number of concertgoers – and planned for a daily staff of more than 80 emergency medics, doctors, registered nurses and supervisors.

ParaDocs said in a statement Tuesday the company had been “prepared for the size of the venue and the expected audience with a trained team of medics and EMT” and it was cooperating with investigators.

Scott, who founded the festival, has said he was “devastated” by the deaths and announced he will cover all funeral costs and “provide further aid” to those affected.

Houston investigators are now reviewing surveillance video provided by concert promoter Live Nation, as well as dozens of clips from people at the show that were shared on social media.

More than 20 lawsuits have already been filed, accusing organisers of negligence and failing to take simple crowd-control steps.

Attorneys representing those injured or killed during the festival were granted access to the event’s grounds on Tuesday to inspect and photograph the site.

Image: The scene of the concert. Pic: Twitter @ONACASELLA /via REUTERS

Ryan MacLeod, who is representing several people hurt during the concert, said the area around where Scott had his concert seemed to have no place for people to exit once they went in.

The crush came after a similar incident two weeks ago at the same venue, when fans stormed through a gate at a Playboi Carti show, forcing it to be cancelled.

Tiger King star Carole Baskin has ‘no claim at all’ in case over use of footage, Netflix says