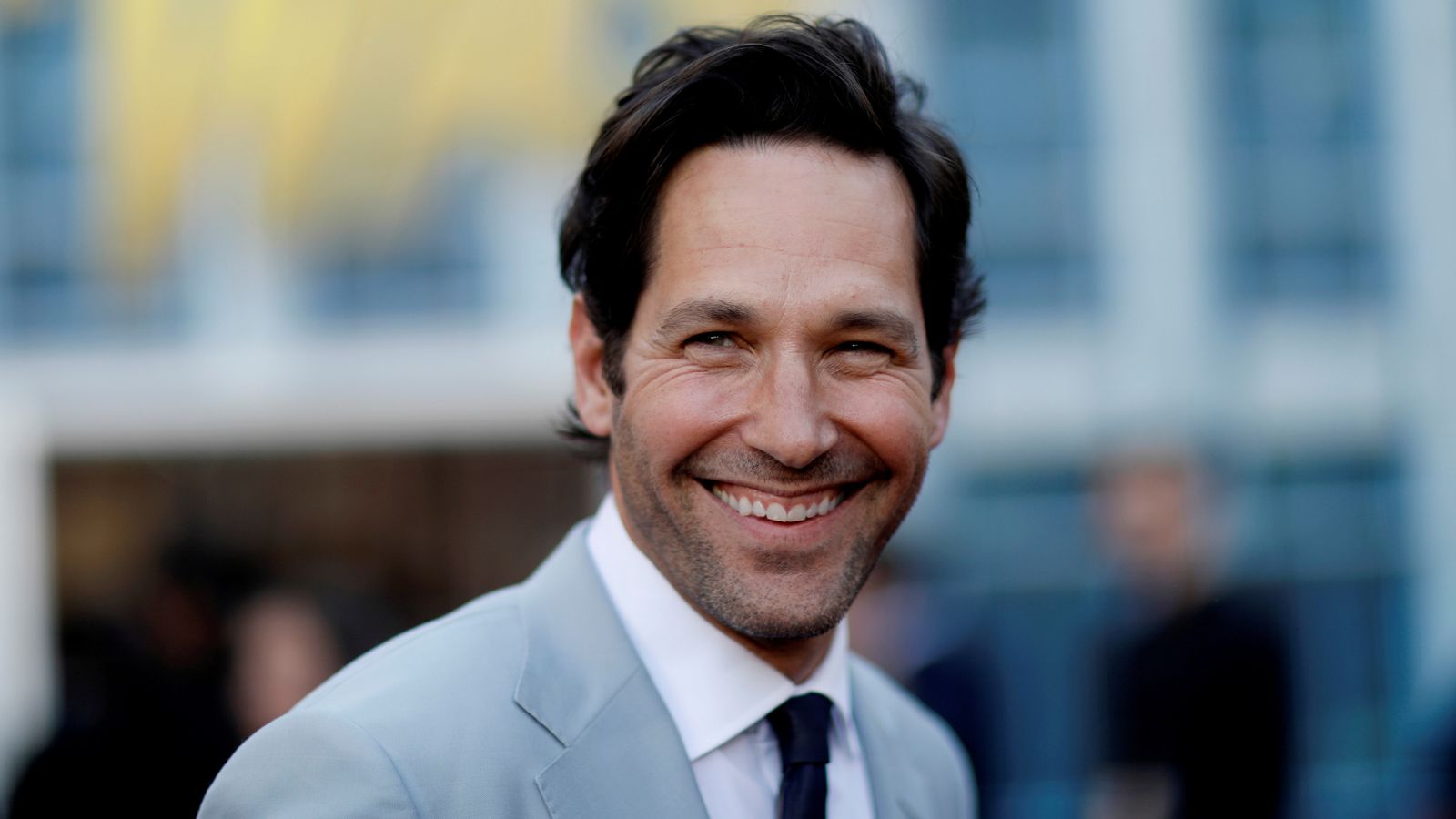 Ant-Man star Paul Rudd has said his wife was “stupefied” when he told her he had been named sexiest man alive by People magazine.

The 52-year-old has taken the title from Michael B Jordan, who took the crown last year.

The news was announced by US talk show host Stephen Colbert on The Late Show, alongside a sketch showing Rudd undergoing tests on his attractiveness.

Image: Rudd was on The Graham Norton Show last week

Rudd told People: “I do have an awareness, enough to know that when people hear that I’d be picked for this, they would say, ‘what?’

“This is not false humility. There are so many people that should get this before me.”

The star is famed for his youthful appearance and his films include Clueless, The 40-Year-Old Virgin, Knocked Up and This Is 40.

This was clearly one accolade Julie was not expecting her husband to be awarded with.

Rudd told People: “But you know she was very sweet about it. After some giggling and shock, she said ‘oh, they got it right.’ And that was very sweet. She was probably not telling the truth, but what’s she going to say?”

Rudd has portrayed Ant-Man in the Marvel blockbusters Captain America: Civil War, Ant-Man And The Wasp and Avengers: Endgame.

Rudd played a dual role in the 2019 Netflix comedy series Living With Yourself.

Captain America actor Chris Evans had been tipped to take the sexiest man alive crown before Rudd was unveiled as the winner.

Meghan, Duchess of Sussex’s ex-aide claims she wrote letter realising her father might leak it