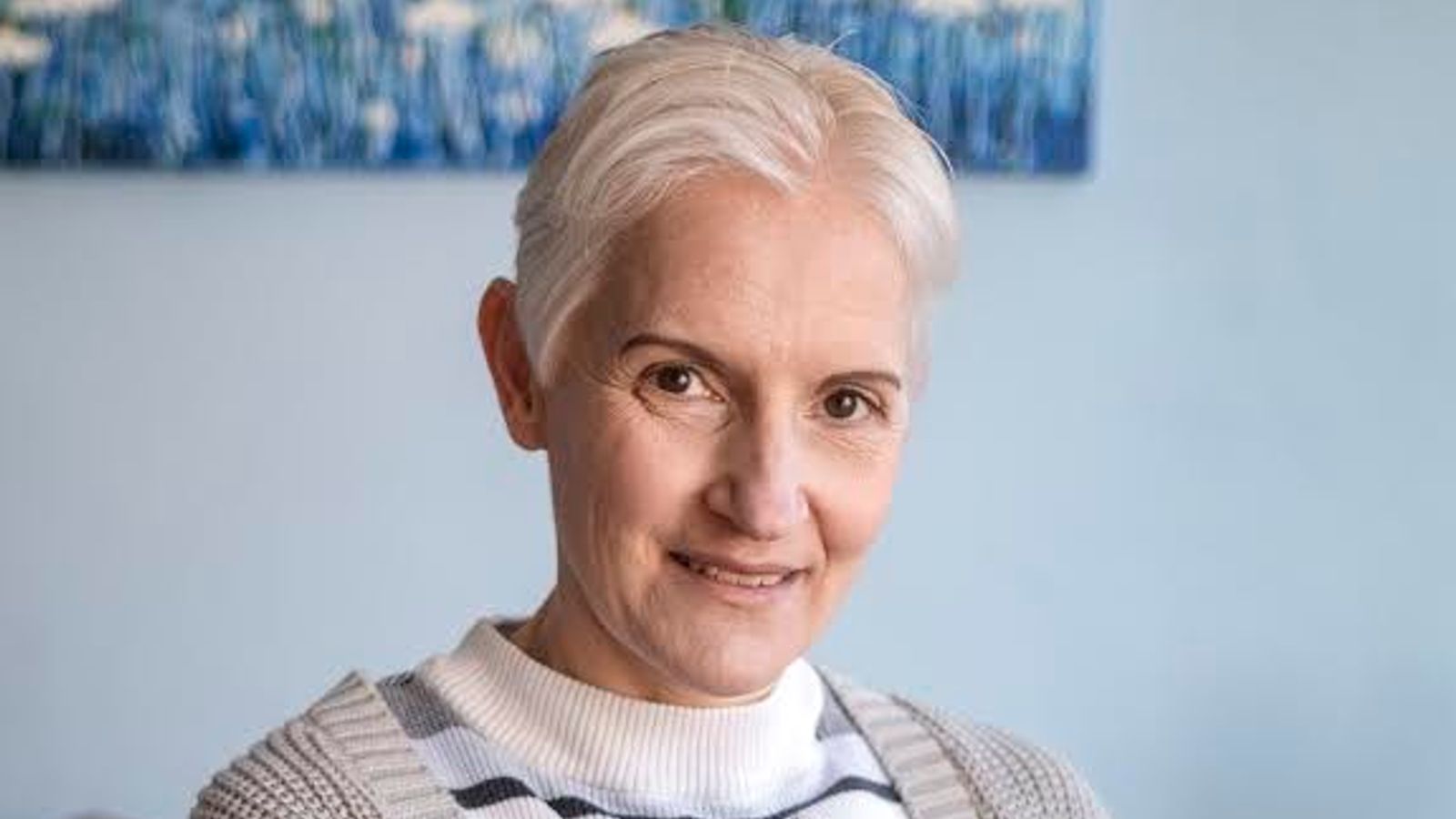 A woman who was raped by her father as a child has waived her anonymity, more than 40 years since she was first abused, to show others “justice is always possible”.

Sarah Mo says she was first abused by her father when she was six years old, and the abuse became “more humiliating” when she went through puberty.

Image: Martin Prew was sentenced to 11 years in prison at Kingston Crown Court

Her father Martin Prew was sentenced to 11 years in prison at Kingston Crown Court after pleading guilty to eight child sex offences against his daughter, including one count of rape.

He was an insurance broker, and Sarah says to the “outside world we were a nice middle-class family” but there was an unspoken rule that no one would come to their home.

Sarah, who is now 52, says she was afraid if she spoke out she would be responsible for breaking up her family and thought about taking her own life a number of times when she was in secondary school.

She says: “I was daddy’s girl, he used to call me the sugar plum fairy, he was my idol so I would do anything he wanted me to do. I was just very confused, I thought that on some level it must be my fault.”

Sarah says her father began “grooming” her by inappropriately touching her during baths and asking her to “play with him”.

She says: “I thought that he was talking about my toys, but obviously he wasn’t.

“He used to get me to perform sex acts on him and that was a regular, everyday occurrence.”

Sarah says the abuse “escalated” and when she was 11 her father raped her after telling her to come home early for a dentist appointment.

“I knew that there was something different about that day, I just remember walking down our back path to the house knowing that something bad was going to happen,” she says.

She says her father would abuse her in a secluded part of Barnes Common, London, and drive her to nearby woods, but the abuse mostly happened at home and was designed to “humiliate” her.

“He redid our bathroom, all with mirrored tiles over every inch of the wall, and he would have me stand naked in front of the mirrors just to examine me and my development through puberty,” she says.

The abuse ended after Sarah confronted her father when she was 14 or 15.

“I kept saying I don’t want to do it anymore and he’d say ‘don’t you love me? I thought you liked it’,” she says.

She says her father ignored her for six months when she confronted him, but she continued to have a close relationship with him when she started university.

The 52-year-old says she tried to “put all the abuse in a box, not think about it”, and moved to Australia to “get away”, but when her older brother had a daughter she felt compelled to tell her family what had happened.

She says “breaking the secret” led to panic attacks, self-harm and ultimately her admission to a psychiatric ward, but she wanted to make sure no one else was abused.

Image: Sarah says she initially feared police wouldn’t take her seriously but ‘only has praise’ for how her case was handled

It was several years later, when Sarah had her own daughter, that she decided to report her father to the police.

She says: “It was seeing my daughter grow that was really hard because I’d see her at six and I could see how small I was at six.”

Sarah says she initially feared police wouldn’t take her seriously but “only has praise” for how her case was handled, and felt supported throughout the inquiry.

She says she was “stunned” when her father pled guilty to abusing her.

“Just to be believed, seen and heard, that was a really empowering moment for me,” she says.

Police in England and Wales have recorded the highest-ever number of rapes and the second-highest number of sexual offences in a 12-month period, according to the latest figures from the Office for National Statistics.

In the year to June, 61,158 rapes were recorded, but survivors are waiting longer for trials and the number of cases making it to court has fallen dramatically in recent years.

PC Nicola Stilliard, who worked on Sarah’s case, described it as “particularly shocking”.

She says it “struck a chord because Sarah and I are of a similar age, we grew up in a similar era”.

The officer says historic cases have “a challenging nature” because they don’t have the benefit of forensics and CCTV, but that she would always encourage people to report abuse and police will do their “utmost to take these cases forward”.

She says: “Cases like this are being reported more often now because people are having the confidence to come forward and report them”.

PC Stilliard says she “commends Sarah for her bravery”, and hopes it will give “the opportunity to others to speak out about the abuse they may have suffered”.

Sarah says she still has complex PTSD, anxiety and depression and expects to be on medication for the rest of her life, but the sentencing has “drawn a massive line” under what happened and she wants others to know that “whatever happens to you, you’ve got to stand up for yourself and you’ve got to seek justice”.

If you have been affected by any of the issues in this article you can contact the Samaritans on 116 123 or email jo@samaritans.org in the UK. In the US, call the Samaritans branch in your area or 1 (800) 273-TALK.

Meghan, Duchess of Sussex’s ex-aide claims she wrote letter realising her father might leak it