What the latest NHS data tells us 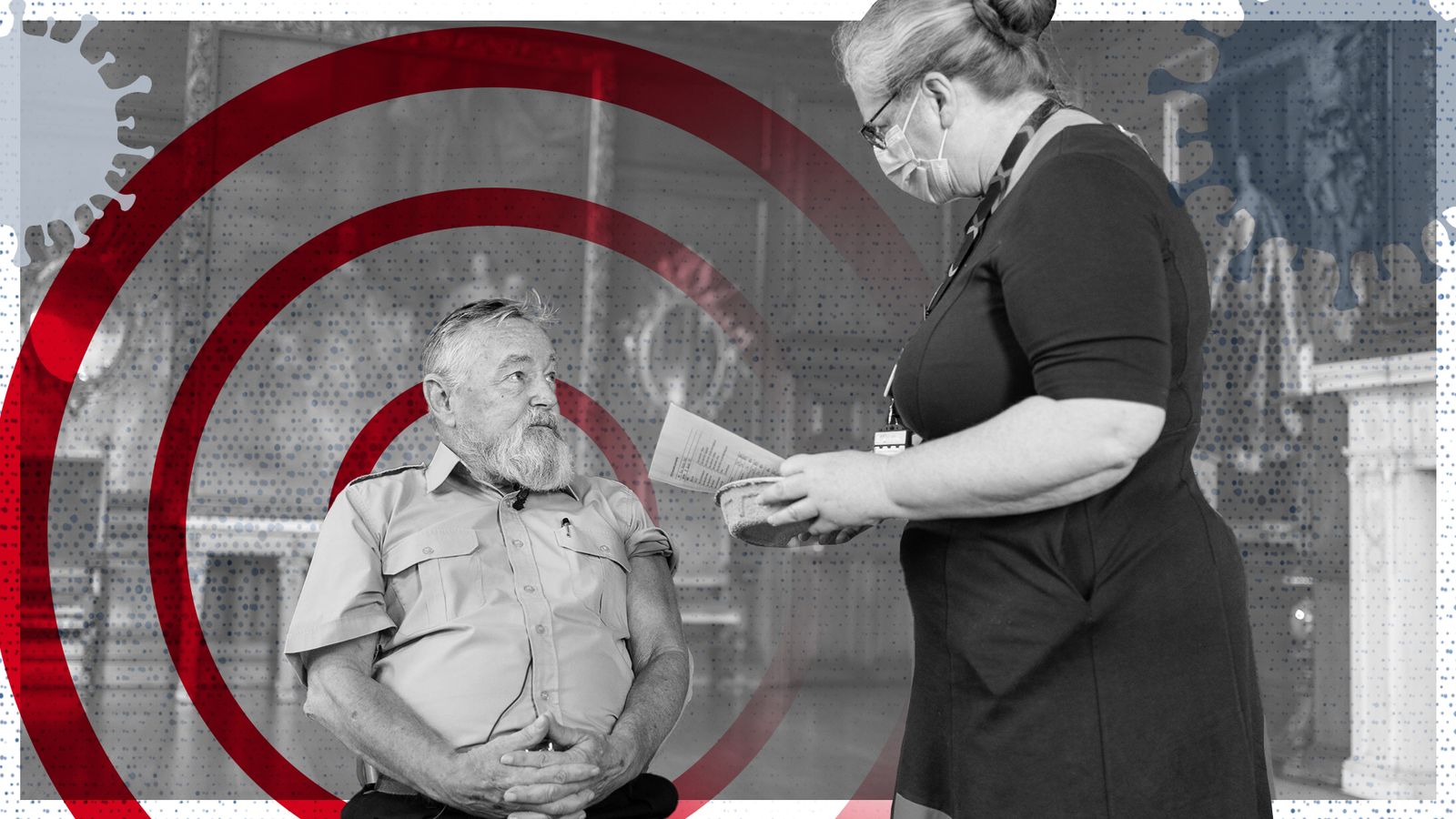 The number of people arriving at major A&E services in England is at an all-time high.

But people who are admitted, transferred or sent home within four hours is lower than every October on record – bar 2020, according to the latest data from NHS England.

One reason fewer people have been treated by A&E than in other years could be pressure on other NHS services.

Miriam Deakin, director of policy and strategy at NHS Providers, said: “People know that A&E is a place where you know you can go and find someone to listen to you about your problem, even if that isn’t a problem that A&E are best placed to deal with.

“Perhaps it’s people who have struggled with mental health and other problems exacerbated by COVID and lockdown.”

Patients also waiting longer after A&E have seen them

The wait isn’t over after A&E have decided what the best option is.

“Trolley waits” – the time between A&E staff deciding someone needs to be admitted to a hospital bed or receive further treatment – is also at an all-time high.

Almost one in three patients waited more than four hours for a ward bed, an operating theatre, an X-ray or other diagnosis after they had been seen by A&E in October 2021.

The “trolley wait” figure is the best indicator of a strain on NHS hospital beds and other services, according to Tim Gardner, Senior Policy Fellow at the Health Foundation.

Explaining why wait times might be so high, he said: “Staff absences are at a high level. They’ve been stretched over 20 months so there’s burnout as well as people absent because of the more direct causes of COVID.

“We as a country have historically operated with a lower bed stock than other countries, as well as a lower number of nurses and doctors.

“Little spare capacity means little room for manoeuvre when something new comes along and uses up capacity. That’s what we’ve seen during the pandemic.”

Also, people arriving at A&E could be more seriously ill compared with before the pandemic.

“If people have not sought care or not been able to get care during COVID then they may need more invasive and intensive treatments when they’re seen now, which takes longer,” Mr Gardner said.

Ambulance calls at record high, but callouts not growing

The number of calls made to the ambulance service is at an all-time high, and there were upwards of 1.3 million in October 2021.

But the number of “incidents” that ambulances are dealing with is similar to Octobers of previous years. If more than one call is recorded about the same accident, patient or case, these calls are grouped together as one incident.

And the number of times that paramedics attended incidents is lower than in previous Octobers.

This is also down to a combination of factors – there was already a policy of trying to treat more 999 calls over the phone before the pandemic, known as “hear and treat” versus “see and treat”, explained Mr Gardner.

“Paramedics are also trying to treat more people at the scene rather than taking them to hospital, partly because they know about delays at A&E. If they do take people to A&E they can be slowed down by queues in and out.”

Added to this, the “patient acuity” for people calling 999 – the average intensity of care each person needs – has typically been higher since the pandemic began, as with people attending A&E.

Strains on these services have come together to leave the overall “waiting list” – the number of people waiting for treatment after a referral – at yet another record high.

Some 5.83 million people, more than one in 10, are now waiting for treatment in England – an increase of over 1.5 million in a year.

The last time that the list was smaller at the end of the month than the beginning was May 2020, when non-urgent treatments were being cancelled to make capacity for COVID.

Early diagnosis and treatment are critical for cancer outcomes, and care for those patients was prioritised during the peak of the pandemic.

Even so, just three out of 107 Clinical Commissioning Groups (CCGs) – collections of GP services responsible for local health service planning – who provided data for September met their two-month cancer treatment target, compared with 36 out of 192 in September 2019.

The target is for 85% of people with an urgent cancer referral from their GP to receive their first treatment within 62 days.

There are a few positive signs though.

The number of people whose first treatments started this month is higher than at almost any other point since the pandemic began, although it is still below the typical pre-pandemic level for this time of year.

And two-thirds of CCGs met their target of having fewer than two weeks between an urgent GP referral for cancer and the first consultant appointment, up from one third in September 2019.

Queen will attend Remembrance Sunday service at Cenotaph this weekend