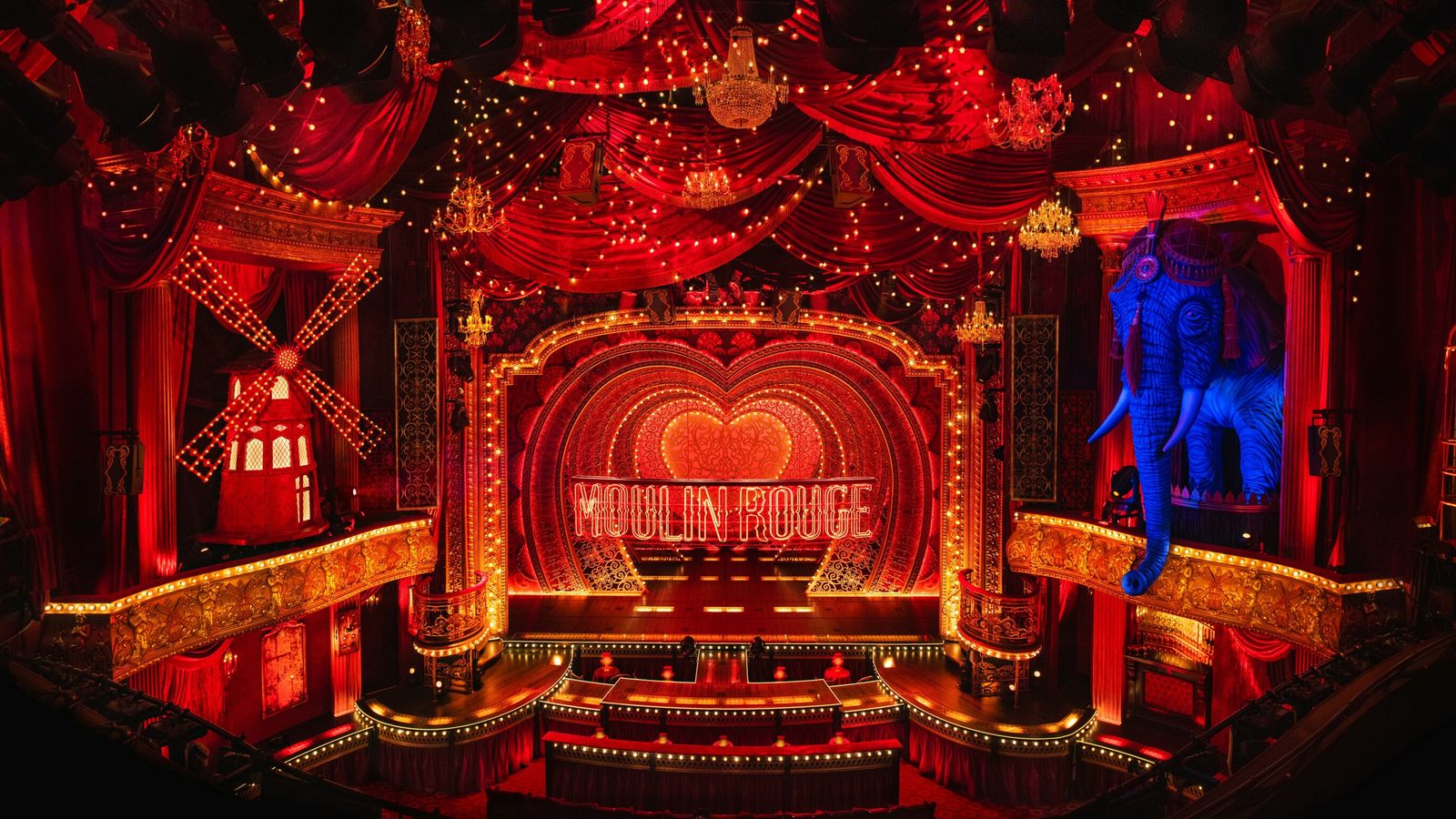 Upcoming West End musical Moulin Rouge! is set to be the first London show to make mask-wearing compulsory during shows for audiences.

The Broadway smash-hit begins previews at London’s Piccadilly Theatre this weekend, and is based on the 2001 film of the same name which stars Nicole Kidman and Ewan McGregor.

Most West End theatres only recommend mask-wearing during performances, but it is not a requirement of entry or part of any terms and conditions.

In a statement to Sky News, the theatre and show producers said they “are asking all audience members to wear masks when attending performances at the Piccadilly Theatre, in order to keep the production company and audiences safe.

“This policy will be reviewed on an on-going basis.”

Legal restrictions inside theatres were completely lifted in July, leaving venue owners and show producers to work out how to keep audiences safe while also trying to sell out shows.

Places such as cinemas and gig venues also face the same issues, with many also leaving face covering use up to the individual.

Moulin Rouge! The Musical will formally open next month, and follows the story of a courtesan named Satine working at the world famous club in Paris as she falls in love with Christian, a bohemian writer.

Musical numbers from the original film, such as Your Song and Come What May, appear in the show, as well as a number of more modern songs.

Liisi LaFontaine stars as Satine, with Jamie Bogyo appearing as Christian and Simon Bailey as The Duke.