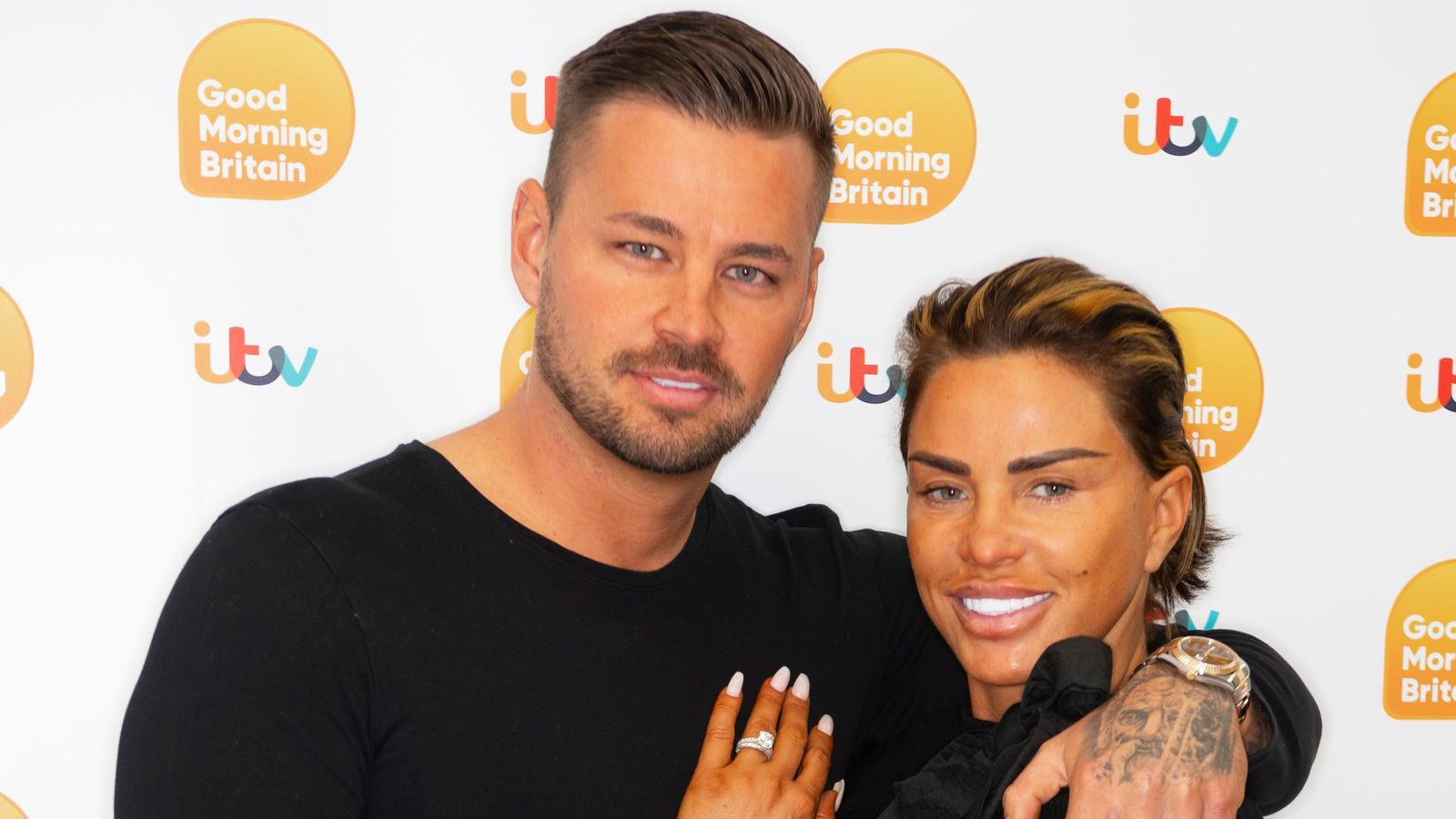 Model and reality star Katie Price is due to marry fiance Carl Woods in Las Vegas, after records showed the pair obtained a marriage licence in the city.

The licence was obtained in Clark County, Nevada and the couple will have one year to use it before it expires, with public records showing that Price will take her partner’s name.

Image: The star has been married three times previously

She wed Peter Andre in 2005 after meeting in the Australian jungle on I’m A Celebrity… Get Me Out Of Here! a year earlier.

They share two children, 16-year-old Junior and 14-year-old Princess, but divorced in 2009.

Reid and Price also got married in Vegas, with the ceremony taking place at the chapel in the Wynn Hotel in the city.

After that, Price tied the knot with Kieran Hayler in 2013, with their divorce being finalised earlier this year.

The 43-year-old has spent the last few months involved in legal issues, after pleading guilty to drink-driving, driving while disqualified and driving without insurance following a crash near her home in Sussex.

She admitted to police she had taken drugs prior to getting behind the wheel, a court had heard.

Price arrived in Vegas earlier this week, following the reopening of international borders in the US.