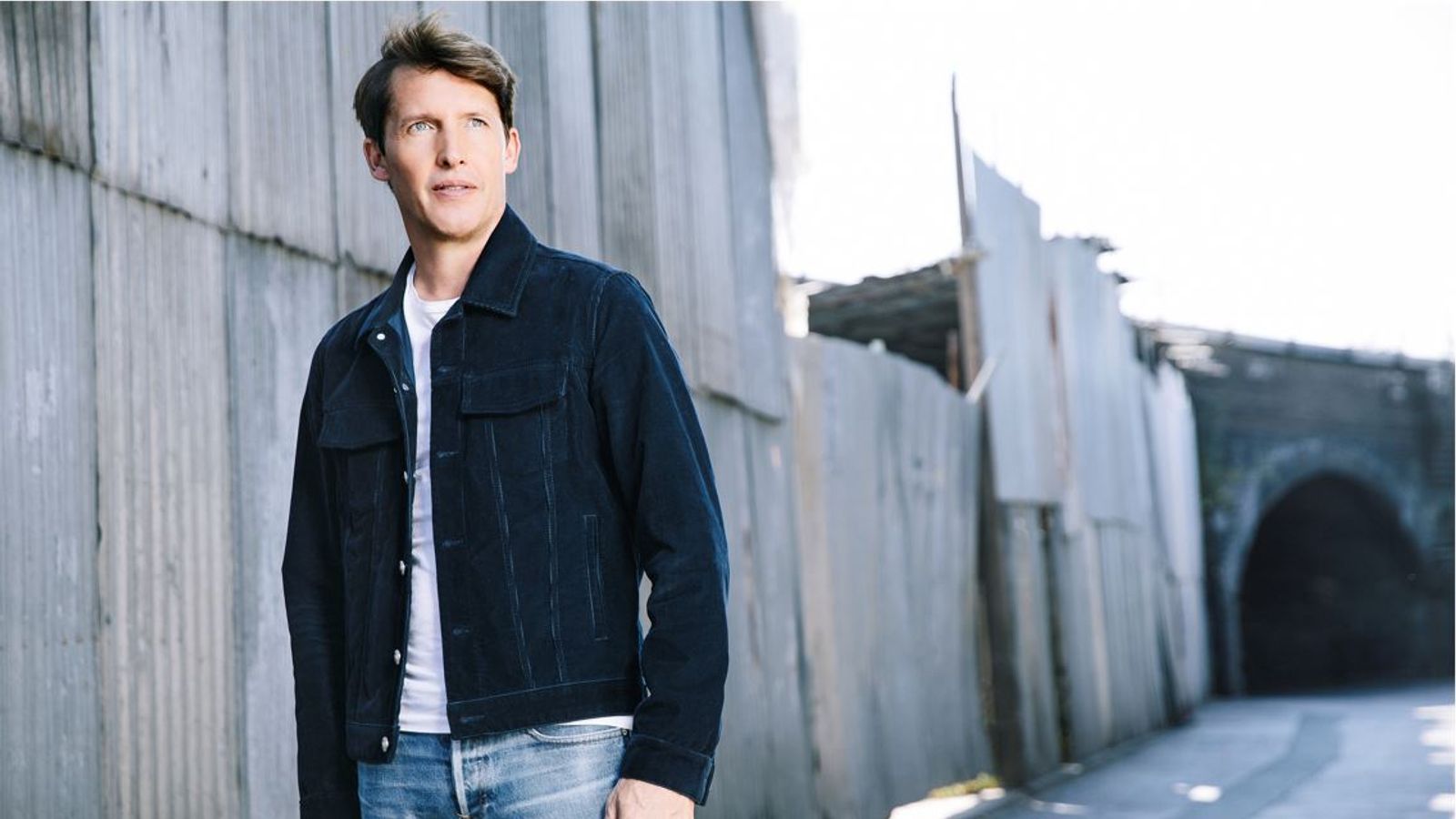 It must be tough being James Blunt.

He lives in Ibiza, has sold 20 million albums, and owns a pub in leafless, rundown Chelsea.

As if things weren’t bad enough, he’s now getting paid to taste beer on TV.

Not that absolutely everything is hunky-dory. He hints at a difficult lockdown, and the “pressure” of being stuck within “four walls”.

Image: James Blunt on the set of Beer Masters

The show – a sort of liquid Bake Off, searching for a home-brew good enough to be made commercially – has been launched at an exciting time for beer lovers.

There has been an explosion of new breweries in the UK in the last decade, making a myriad of different styles, from table beers (about 3% alcohol) to sours and pastry stouts.

The latter are essentially a dessert in a glass – strong dark beers with extra ingredients such as chocolate, coffee, and almonds.

Where Beer Masters veers away from MasterChef and The Great British Bake Off is in its format.

There are five pairs of home brewers, and each has a chance to win gold, silver, or bronze each week. No one leaves.

In one of the episodes, they are tasked with brewing an ale that goes well with a certain food – either chillis, brie, anchovies, dark chocolate or strawberries.

And the programme is international, with contestants from Belgium, Holland, France, Italy, and the UK.

It is a “celebration of our differences and our cultures”, Blunt says.

He clearly enjoys his beer, saying that his mantra while touring is “no food, just booze”.

And while Beer Masters will have been a journey for the contestants, it clearly was for him, too.

Before co-presenting it with head brewer Jaega Wise, he admits his “go to beer was a cheap pale lager”.

But the show “really opened me up to the differences in beer and the choices out there”, he adds, referencing Belgian Abbey beers and sours – things “I never imagined I would like”.

Does he occasionally drink too much?

“As a touring musician, after a show, how else are you going to slow down?” he muses.

“And as a publican, one has to socialise, and now I’ve been given my own TV show about beer.”

He jokes that he is “pickling” himself, asking: “How else do you think I keep my youthful looks?”

He describes himself – several times during our chat – as a “touring musician”. It is clearly central to his identity, and so the pandemic cannot have been an easy time for him.

When the first lockdown hit, he was “very sad” about abandoning a tour meant to last a year after only a month.

“It was devastating that my tour was cut,” he says. “We got as far as Germany and then had to send the band and crew home.”

A collection of his greatest hits, released later this week, contains some new songs written in lockdown – tracks he calls “four strap-ons”.

He hopes that one of them – Love Under Pressure – will help people “relate to the pressure we all felt locked in four walls of our homes during lockdown”.

Called The Stars Beneath My Feet, the album is out on the same day as 30 by Adele.

Anyone who has browsed Blunt’s Twitter feed will know he has a keen sense of humour, and he says he is “very much” concerned that Adele’s sales figures may take a hit by being in competition with him.

He adds that Taylor Swift’s latest collection (Red, Taylor’s Version), was also due out on the 19 November, but was pulled back by a week, “totally understandably”, to avoid competition with him.

Swift and her record label “had a panic”, he says, deadpan.

Regarding Adele, she “must be nervous, certainly”.