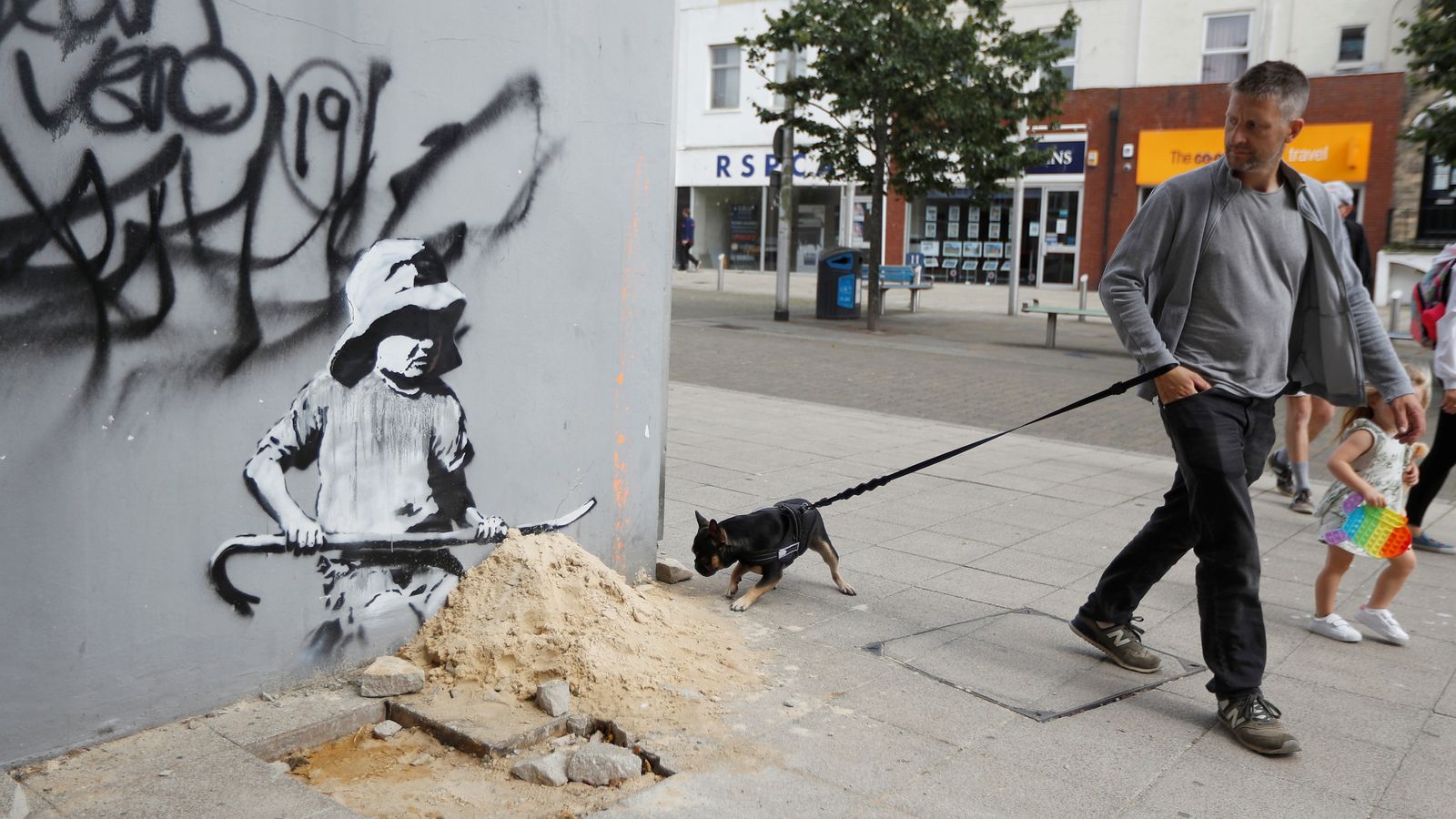 A building owner in Lowestoft has removed a portion of wall containing an original Banksy mural.

Workmen arrived over the weekend to carve away the artwork, which is expected to sell for millions in the US.

The piece, depicting a child building a sandcastle with a crowbar, was one of 10 created in the area over the summer, during his Great British Spraycation.

Following its removal, the slab of wall was loaded onto a truck and taken to a hidden location, ready to be shipped to the US.

Locals in Lowestoft are dismayed by the move, having previously hoped the artwork would draw in more visitors.

Professor of Political Art at the Royal College of Art, Peter Kennard, who has worked with Banksy in the past, told Sky News: “It’s the extremities of capitalism. Someone does something for the public, it’s removed to make money. It’s immoral but a lot of the buying and selling in the art world is immoral.”

“For someone to take it down is disgusting – it’s totally against the ethos of what Banksy is doing.”

Prof Kennard, who recently created his own street art exhibition in Glasgow for COP26, said: “As public spaces become more privatised, artists using walls is a great way to communicate with the general public and young people, and doesn’t have the stigma of being in an art gallery.”

It is not known whether the piece will be auctioned off or sold privately, but either way is sure to fetch a high price, with Banksy’s shredded Love Is In The Bin painting selling for £18.5m last month.

I’m A Celebrity… Get Me Out Of Here! Frankie Bridge, Richard Madeley and David Ginola among stars announced for 2021 series