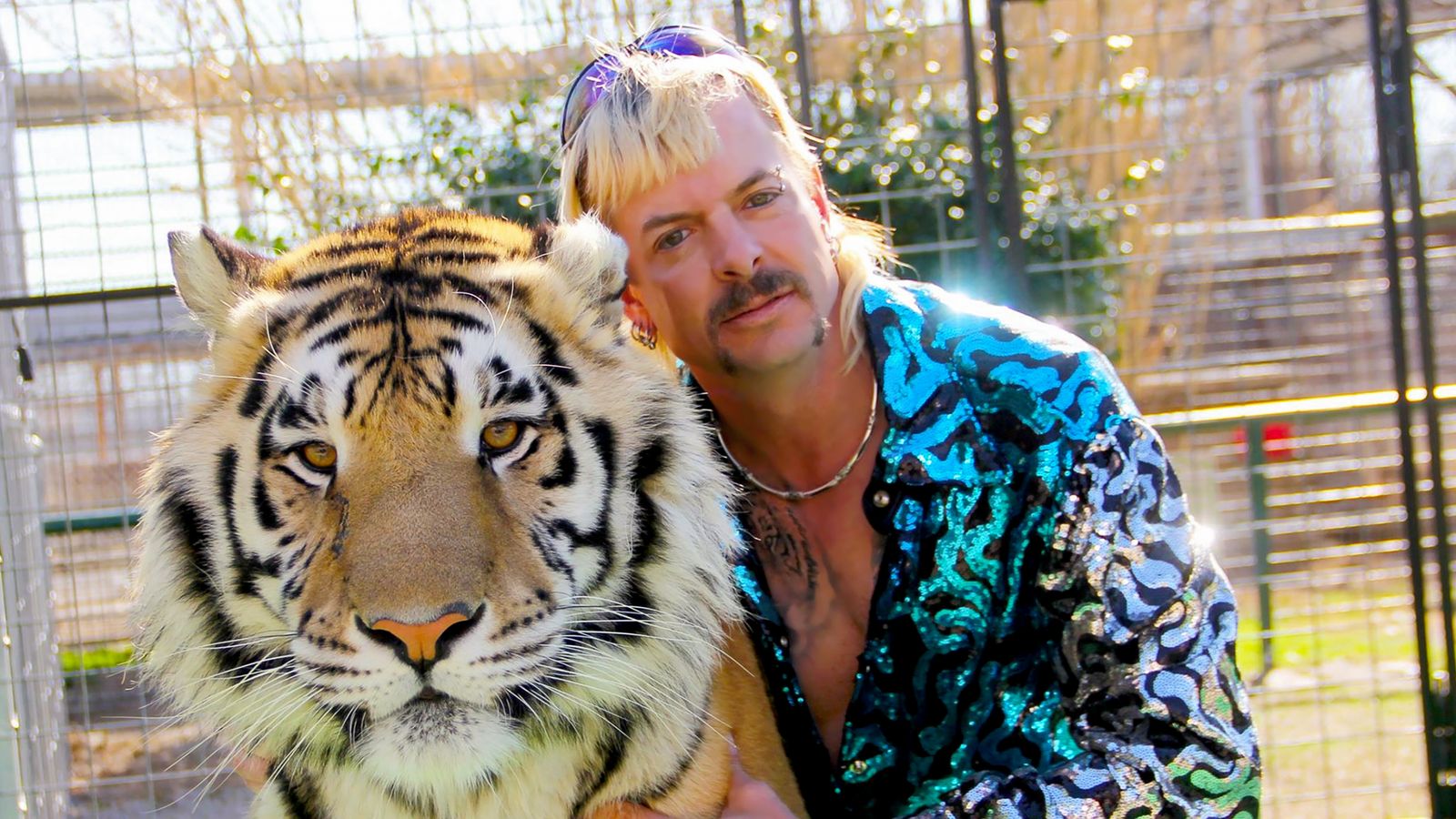 Tiger King, TikTok and opera might sound like an unlikely combination – but it has now become a reality as the English National Opera (ENO) has joined stars of the video-sharing app to promote the upcoming return of the hit show.

Based on the Netflix documentary Tiger King, the five-act opera with a twist set to the music of Georges Bizet’s 1875 masterpiece Carmen has been brought to life by the ENO’s orchestra and 40-person chorus.

The series of 60-second videos on TikTok features Sophie Aurora, Hannah Lother, Hellovicco, X Factor finalists Max and Harvey, and Britain’s Got Talent’s Phil Green; each offering an operatic spin on the “Murder, Mayhem and Madness” of Tiger King season 1.

Image: The English National Opera and TikTok stars have produced a five-act musical medley based on Tiger King

ENO chief executive Stuart Murphy said: “TikTok is one of the few social media platforms that really has music and audio at the centre of it.

“TikTok felt like the perfect place to re-imagine epic stories for the social media age and bring opera to a new audience.

He continued: “In many ways, it’s the art form that this story was made for.”

“It felt right to do this at the other end of the extreme, to make opera as accessible as possible to everyone.”

X Factor finalists-turned-TikTokers Max and Harvey boast an impressive 6.5 million followers on the app and shared how they were excited to be a part of “the first-ever TikTopera”, describing it as “amazing”.

“We’re huge fans of Tiger King and actually watched it twice over lockdown so working on a song about it was a really fun challenge,” they said.

“We’ve enjoyed learning more about opera and hearing 40 people singing with a full orchestra is unreal – we’d love to go and see one. Maybe even perform the TikTopera on stage!”

Murphy went on to say “we at the ENO create daring work in places people don’t expect”, adding “you never know where our next opera will appear”.

The full five minutes of the “TikTopera” can be viewed on Netflix’s YouTube page or through the individual TikTok creators’ pages.

Tiger King 2 is on Netflix from 17 November.