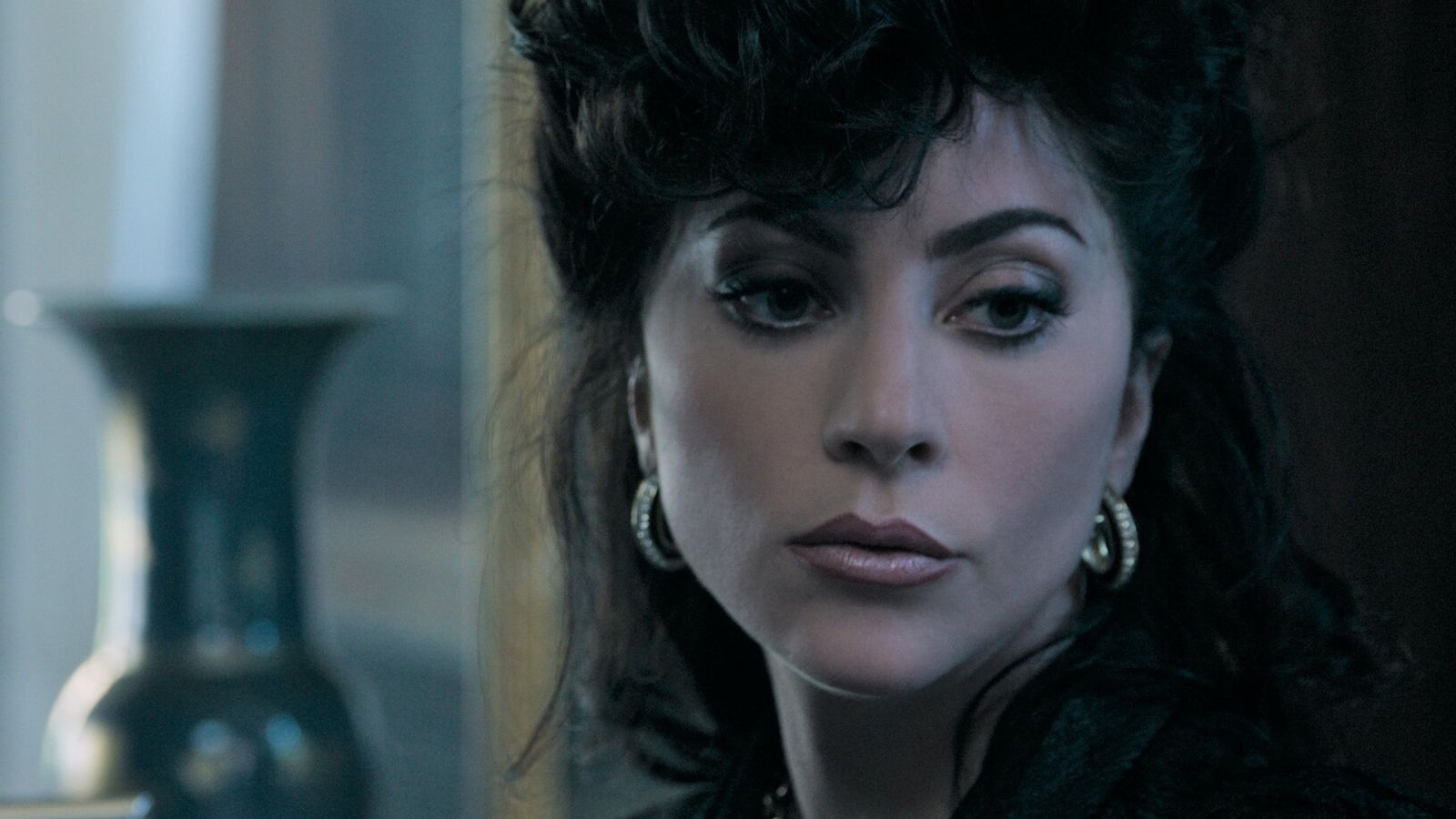 “For me, it’s real,” Lady Gaga tells Sky News. “There are a lot of things that I’ve been through in my life, traumatic experiences, that I drew upon to play Patrizia.”

The star is talking about Patrizia Reggiani, the Italian socialite convicted of hiring a hitman to assassinate her ex-husband and fashion powerhouse Maurizio Gucci, whom she is playing in the new House Of Gucci film – currently making headlines as its stars attend premieres and promo events in an array of fabulous outfits around the world.

I’d waited to speak to her in a virtual waiting room on Zoom, two days after the UK premiere for the film. The star is running “a bit late” – 40 minutes – but when the reason is due to outfit changes, it’s hard to complain. This is Lady Gaga, after all.

When she does pop up on my screen, dressed in a pastel blue suit, off-camera she sounds tired but insists she’s happy to do the rounds with journalists to speak about the film, which is based on the true story of the family-run Gucci fashion empire. “I can’t wait for the world to see it,” she says. “We’ve had the worst 18 months, it’s time for the world to come together and watch movies!”

It’s been more than 10 years since Stefani Germanotta rose to fame as Lady Gaga and almost instantly cemented herself as one of the biggest – and most eccentrically-dressed – pop stars in the world, firing out hit after hit after hit; from Just Dance and Poker Face, to Paparazzi and Bad Romance, to Alejandro and Born This Way.

Since then, she has proved there are even more strings to her bow, including her talents as an actress; in 2018, she won critical acclaim for A Star Is Born, giving a raw, emotional performance that saw her nominated for the Oscar for best actress (and winning the award for best original song) the following year.

When she speaks about House Of Gucci, though, in which she stars opposite Adam Driver, it’s clear that Reggiani is one of her most emotionally challenging roles to date. “I was so broken at the end,” she says. “I feel like I’m reliving the technique of the process of building this film every day when I speak to you about it.”

Lady Gaga, of course, has a reputation for taking whatever she does very seriously (it takes some nerve to walk the red carpet in a meat dress, don’t you know?) and for House Of Gucci, she embraced method acting.

“I was in character for six months leading up to the film, and then for the three-and-a-half months that we filmed. I began with my accents, I would spend a lot of time talking to my family and everybody in my life to learn how to naturally speak with [the Italian] accent without it driving the acting.”

Did that not drive your family a bit… mad? I ask tentatively.

She laughs: “I think my mom actually really liked it. She’s always embraced this artistic side of me, ever since I was a little girl. My father would laugh. I drove some people crazy, of course, but you know, I’m like a child with art and I love to immerse myself.”

So serious is Lady Gaga about this role that when I bring up being envious of her imagination, she’s keen to stress that what we see on screen isn’t fully acting. The singer, who has previously spoken out about being raped by a male music producer when she was 19, tells me she directed past trauma into making the role feel real.

“I think I’m just like everybody else really,” she says. “I’m imagining, sure. I’m creative, sure. But I think that being imaginative comes from a real place, it’s just how you choose to synthesise who you are.

“When I think about my real life experiences, there was a lot of things that I’ve been through in my life, traumatic experiences, that I drew upon to play Patrizia, and it’s not necessarily imaginative in that way. I mean I’m calling upon myself. Now, it might be imaginative to you, you might see it and say ‘oh that looks like it possesses imagination’, but for me it’s not imaginative, it’s real.”

Image: The star says the film has made her reflect on her Italian-American heritage. Pic: Fabio Lovino/MGM

Gaga says the film (which is set mostly in Italy) has made her reflect on her Italian-American roots and just how far she has come since the start of her career. “I’m really grateful… my family worked so hard on the soil where we filmed so that I could have a better life, and here I am starring in a Ridley Scott film,” she says.

Strip away the costumes and wigs and the singer certainly brings an equally gripping intensity to the filmmaker’s latest work.

“I felt so empowered as a woman on set with mostly men and I felt loved,” she says. “He’s an absolute legend and he’s masterful at what he does. His process is like an architect, he describes the script as the blueprint.”

She laughs: “To say that the Guccis were complicated would be a massive understatement. It’s amazing, you know, how you say things like, ‘you can’t make this up’. The truth about this whole story is you watch it and it’s actually unbelievable that it’s true.”

Reggiani, who is currently in prison, was convicted in 1998 of hiring a hitman to kill her husband.

Was the emotional exhaustion Lady Gaga suffered bringing Reggiani’s story to the screen worth it? Audiences will get to find out when House of Gucci comes out in cinemas on 26 November.