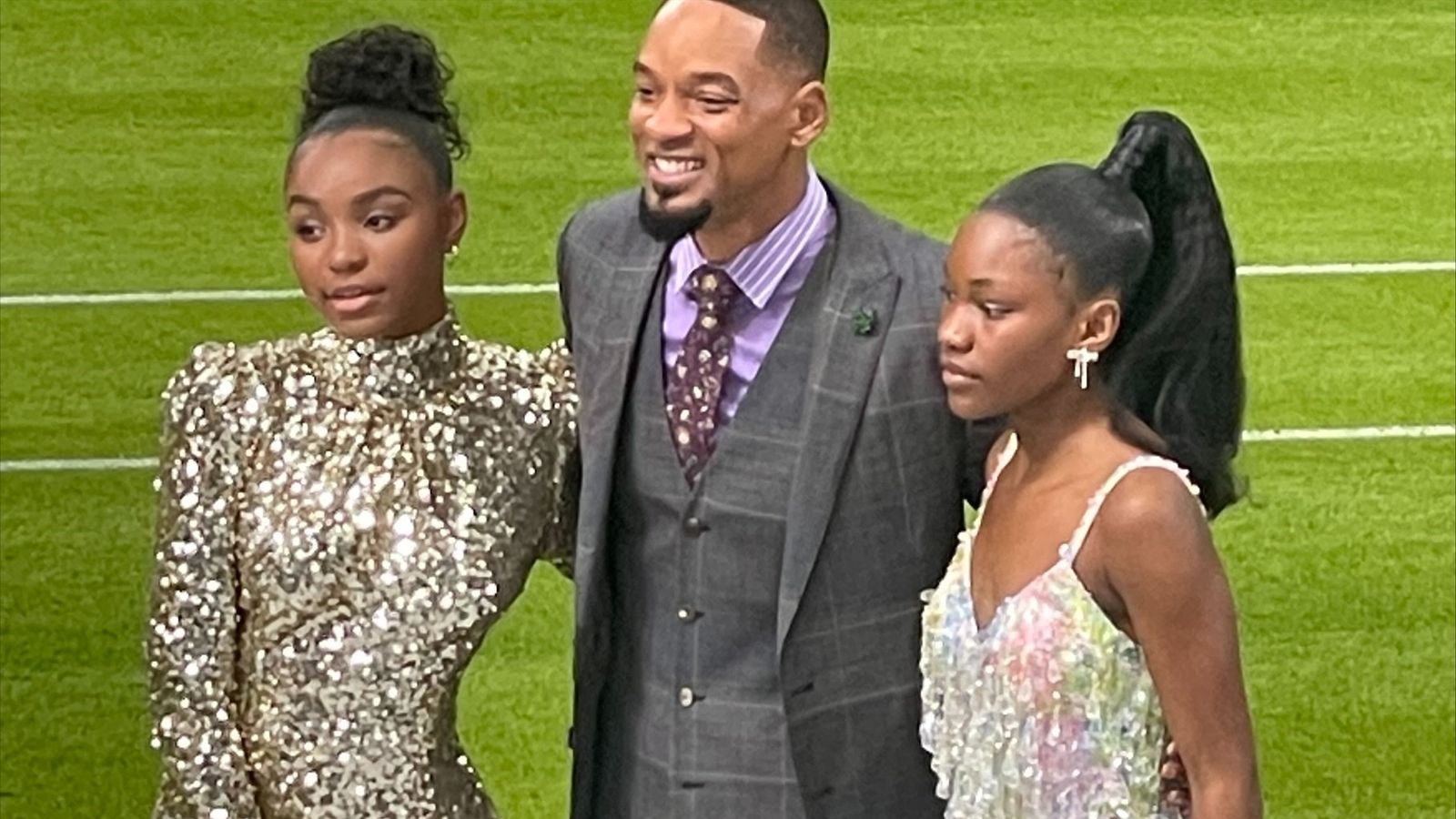 “It was okay for a Black person to be a footballer… but not a tennis player,” Will Smith told Sky News with the Wimbledon courts illuminated especially for him to promote his new film about the tennis star Williams sisters.

The 53-year-old Oscar-nominated actor says the stereotypes Venus and Serena Williams had to overcome to be world class players were huge barriers.

In his new film King Richard, he plays the father of Grand Slam winners Serena and Venus.

Image: Will Smith with Saniyya Sidney (L), who plays Venus, and Demi Singleton, who plays Serena

Smith said for two Black girls from Compton there were “overt” obstacles to overcome to enter and eventually dominate a sport that was almost exclusively white at the time.

“It was completely, thoroughly and totally unheard of that one young Black girl was going to be number one, let alone two,” he said.

Drawing parallels with his own career, Smith says “unconscious” bias has been one of the hardest things to overcome.

“It’s one of the hardest barriers to overcome, is an unconscious barrier in someone’s mind.”

Smith, who first found fame as a rapper and in the sitcom Fresh Prince of Bel-Air, but went on to be Oscar nominated for his roles The Pursuit of Happyness and for playing Mohammad Ali, as well as enjoying huge success with blockbuster franchises such as Men in Black, says it took real belief in himself to become one of the most successful male leads in Hollywood.

Image: Will Smith plays the father of Grand Slam winners Serena and Venus in the film

“It’s a really difficult situation because you can’t walk in thinking you don’t belong there, right?… The more authentic your belief is it actually takes a power in dissolving the blockages in the minds you come in contact with.”

The film charts how Richard Williams (King Richard) trained his daughters on run-down public courts in 1990s South Los Angeles, collecting discarded balls, and defying doubt and scepticism over their ability to be world class champions.

Image: Serena Williams (L) and Venus Williams at the 2014 US Open

It also examines how instrumental their mother Oracene Price was in Serena’s early development.

Also promoting the film on Wimbledon’s Court One were actresses Demi Singleton who plays Serena, and Saniyya Sidney who plays Venus.

King Richard opens in cinemas this weekend and on HBO Max on 19 November.

‘We are breaking through barriers’: Calls to expand the use of subtitles in theatres and on television