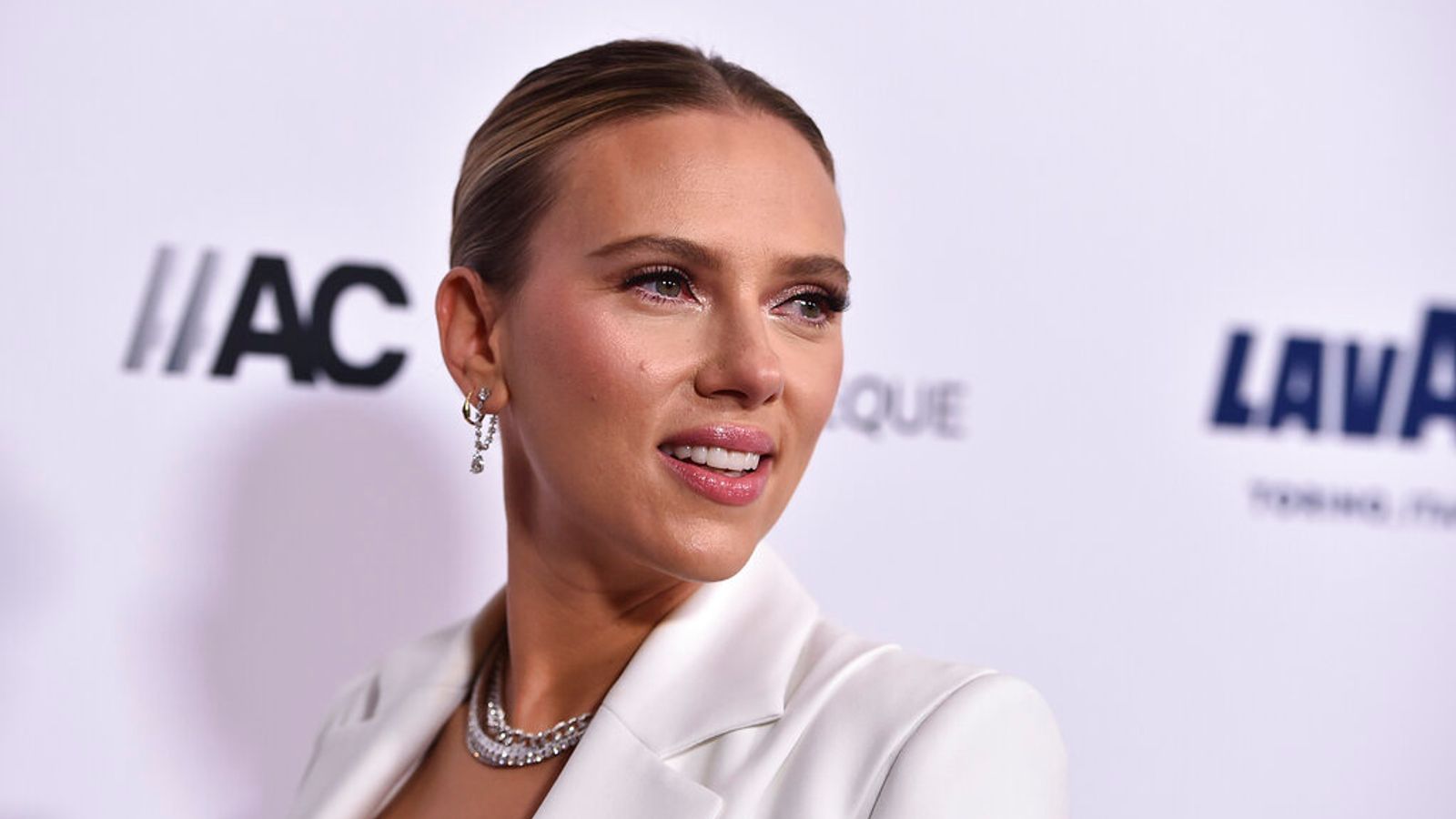 Black Widow actress Scarlett Johansson has become the 35th winner of the American Cinematheque Award at a gala in her honour.

Johansson, who recently made headlines for her legal dispute with Disney over the release of her latest Marvel film, follows in the footsteps of the likes of Eddie Murphy, Ridley Scott and Julia Roberts.

The award recognises “an extraordinary artist in the entertainment industry who is fully engaged in his or her work and is committed to making a significant contribution to the art of the motion pictures”.

It’s organised by a charity dedicated to the public preservation of films.

Among those in the room to pay tribute to the actress was Marvel Studios boss Kevin Feige, who praised Johansson’s “talent” and “vision”, while also speaking of her skills as a producer as well as an actress.

He said: “Scarlett has lent her talent and star power to the Marvel Cinematic Universe for over a decade.

“That she’s chosen to play a key part in it for so many years, I am extremely grateful for.

“Working with [her] has truly been one of the most memorable and rewarding collaborations of my career.”

Accepting the honour, Johansson said: “It’s important in general to know your own worth and stand up for yourself.

“I’ve been working for such a long time. It’s been almost 30 years and so I’ve seen like that – there’s so much that has shifted over those 30 years, and… I think some time before maybe you would feel, ‘oh gosh, if I stand up for myself, I might never work again or I might be like blacklisted in some way’.

“Thankfully, that’s changing in the zeitgeist, and honestly, I think that happening in a industry that’s as huge and universal as the entertainment industry is really important to kind of lead that charge.”

The event also marked the first time Johansson and husband Colin Jost had been seen publicly since the birth of their child, Cosmo.