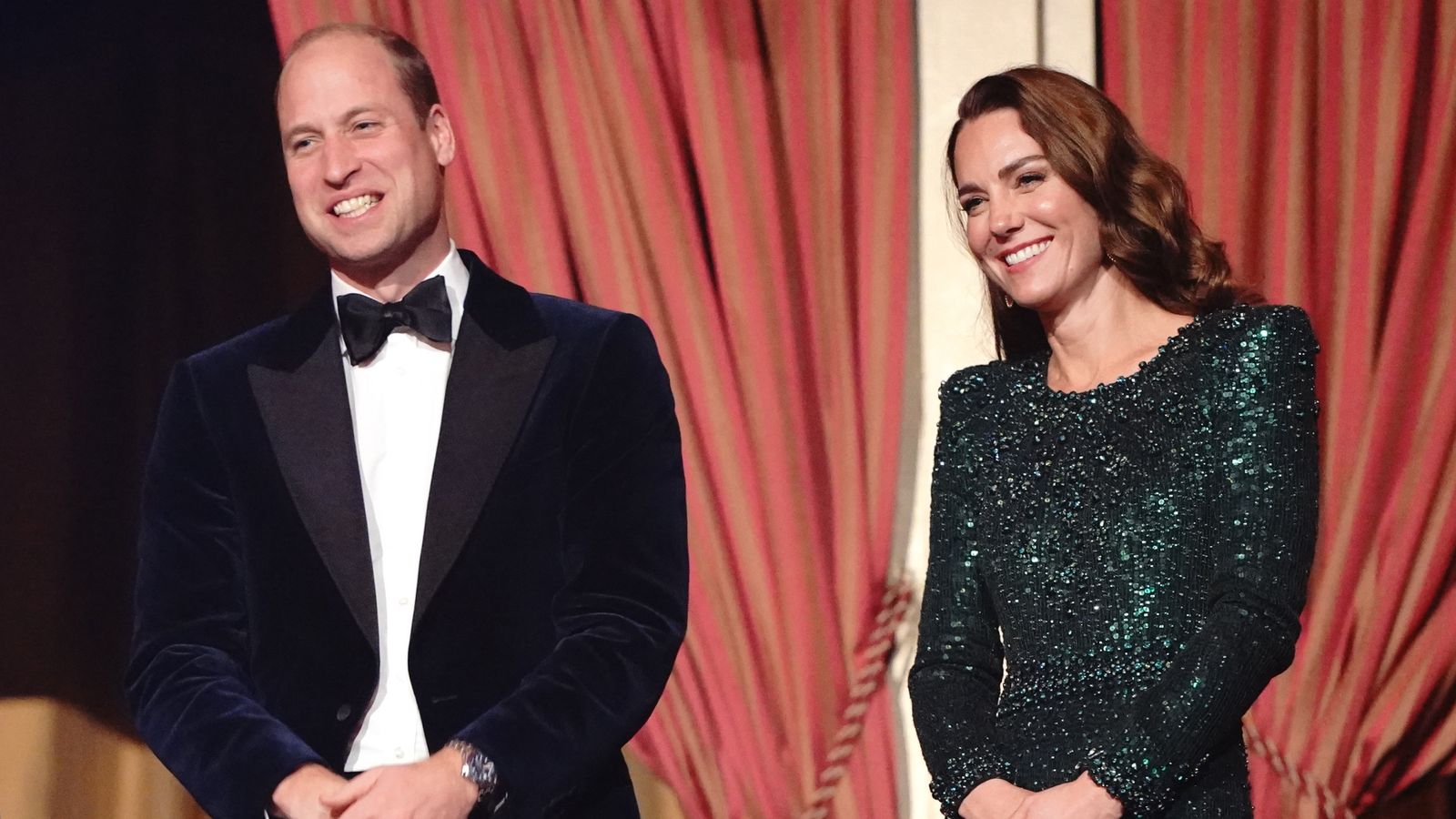 A Royal Christmas carol concert, which is set to feature the Duke and Duchess of Cambridge, is due to be shown on ITV, it has been reported.

The programme will be recorded at Westminster Abbey early next month, according to ITV’s royal editor, Chris Ship, who also says sources at the TV channel were only made aware of the offer last week.

Contracts are still being negotiated which is why ITV has yet to formally announce the William and Kate carol concert in its festive schedule, Mr Ship wrote.

It comes amid a row between the royal households and the BBC over a documentary that examined Prince William and Prince Harry’s relationship with the media.

Image: The Duke of Cambridge and Duke of Sussex relationship is due to feature in the documentary

Entitled, The Princes And The Press, the programme has been described as giving credibility to “overblown and unfounded claims” in a rare joint statement issued by Buckingham Palace, Clarence House and Kensington Palace.

The first episode of the show, presented by Amol Rajan, aired earlier this week and included suggestions that negative stories about the Duchess of Sussex were leaked by courtiers and there was competitiveness between households.

In the second episode, due to be aired next week, William and Harry’s rift is expected to be explored further.

Royal aides are reported to be concerned it will include claims that the brothers briefed against each other in the press through their advisers.

Kensington Palace has not denied the Christmas carol concert will be aired on ITV and a spokesperson said more information would be revealed in the coming days.

The Duchess of Cambridge is reportedly hosting the programme and there has been speculation that Prince George, Princess Charlotte and Prince Louis, may feature in the show.

The Sun newspaper previously reported that the concert was due to be hosted by the BBC, but quoted a source who claimed the plans were switched to ITV over the controversial documentary.

Richard Sharp, chairman of the BBC, has said that occasionally programmes from the broadcaster “may not meet with full agreement” with establishments, including the royal family.

Mr Sharp was asked at the VLV Autumn Conference about reports that Kensington Palace had elected to switch the service’s screening.

“The royal family is at the centre of our identity, its underlying importance is unequivocal.

“We have tremendous respect for all aspects of the royal family in what they undertake and do.

“From time to time, this organisation produces programmes which may or may not meet with full agreement with different parts of the establishment.

“Our job is to get that right, to be independent, to be respectful.”

COVID-19: General Hospital actor Steve Burton says he has been fired over his refusal to get vaccinated