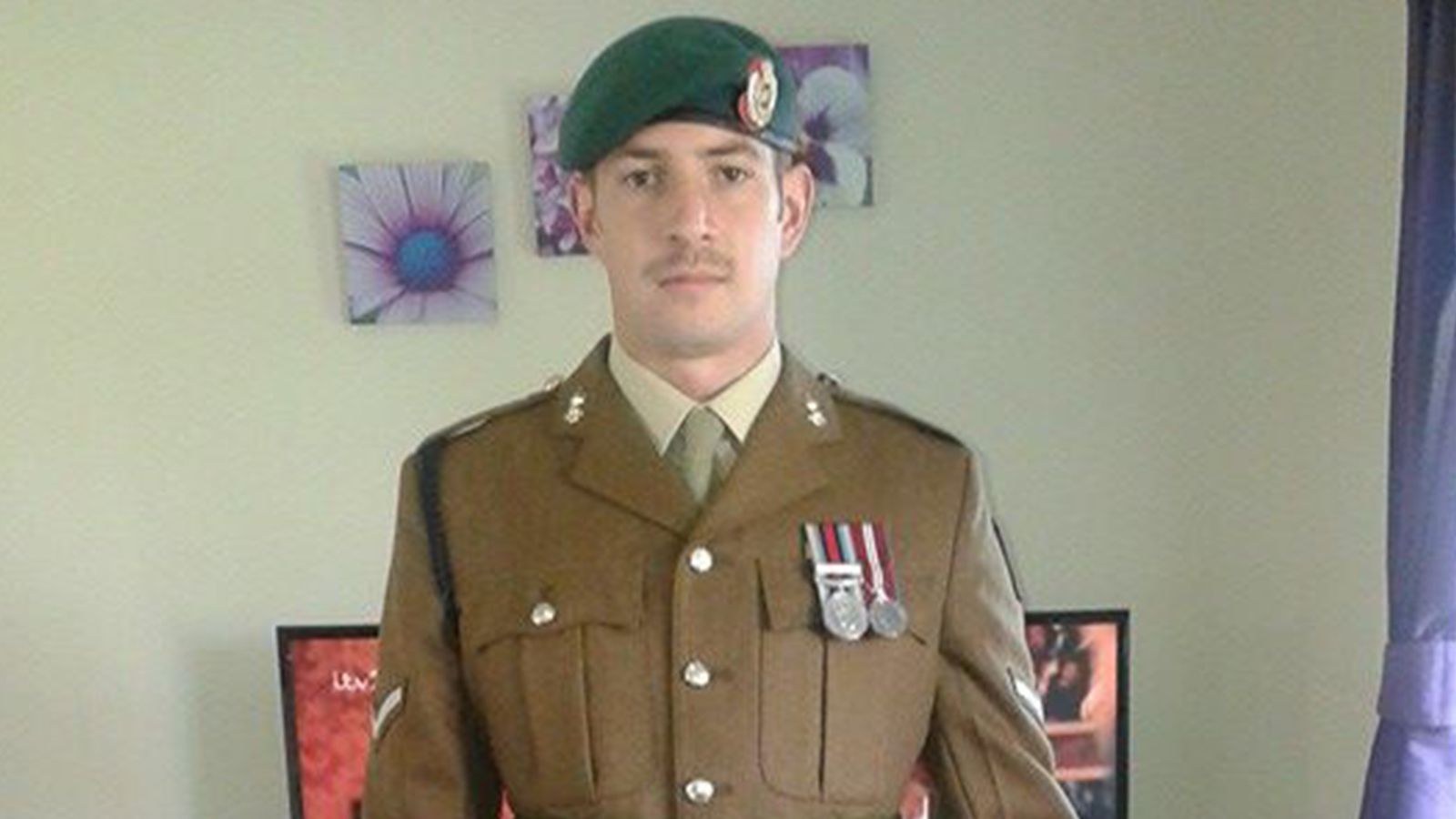 A man has been charged with murder over the deaths of a couple in their Somerset home.

Collin Reeves, 34, of Dragon Rise, Norton Fitzwarren, remains in police custody and is due to appear at Taunton Magistrates’ Court tomorrow morning.

Jennifer and Stephen Chapple, 33 and 36, were found with serious injuries at their home, also in Dragon Rise, at around 9.45pm on Sunday.

They were pronounced dead at the scene, with a post-mortem examination revealing they both died from multiple stab wounds.

Image: Stephen (below) and Jennifer Chapple, 36 and 33, were found with serious injuries Image: A post-mortem confirmed they both died from multiple stab wounds

Detective Inspector Neil Meade, of the Major Crime Investigation Team, said: “Specialist officers are providing support to Jennifer and Stephen’s families and our thoughts remain with them this evening.

“We’ve been keeping them fully updated on the progress of our investigation and they’re aware of this latest development.

“It is undoubtedly an extremely difficult time for them and I’d ask their privacy is respected as they continue to come to terms with what has happened.”

He added: “I’d like to remind both the media and the public that criminal proceedings are now active and Collin Reeves has a right to a fair trial.

“It is extremely important there should be no reporting, commentary or sharing of information online which could in any way prejudice these proceedings.”

The Chapples’ children, aged five and six, are being looked after by family members.