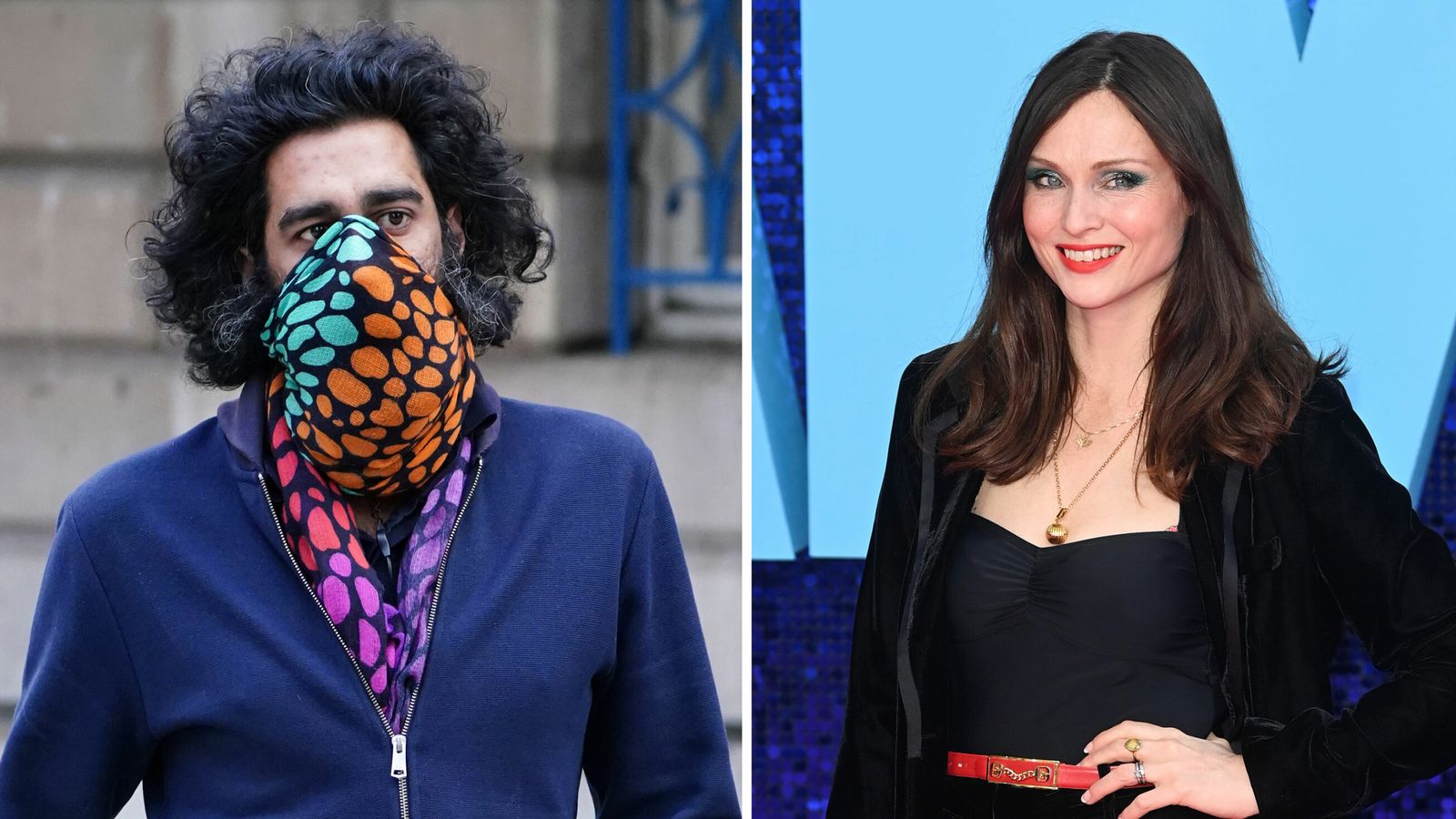 A man who sent “unsettling” messages and dozens of gifts to singer Sophie Ellis-Bextor has been told he could face full criminal prosecution if he continues.

Nishil Patel, 39, was said to have met the singer in passing in July last year, with the City of London Magistrates’ Court hearing he sent her hundreds of “concerning” and “upsetting” messages since meeting.

Patel also left unwanted presents, such as a wallet with his initials on, with Ellis-Bextor’s next-door neighbour, thinking it was the singer’s home, and even turned up outside the address in west London between last October and April.

Image: Nishil Patel arrives at City of London Magistrates’ Court in London, as Sophie Ellis-Bextor is due to give evidence in her application for a stalking protection order against him

The court heard that in one message, Patel told her “the wallet is blue, not black like your soul”.

At a visit to the address, which led to Patel’s arrest, he rang the doorbell and left a sticker on a car, magistrates were told.

He also contacted Ellis-Bextor’s husband, and one of her five children online.

Prosecutor Felix Keating added that Patel left 30 parcels addressed to her at her neighbour’s house, which prompted a warning from police on 30 October last year.

Despite blocking him, Ellis-Bextor continued to get messages from Patel after he created a new account on Instagram with his name spelt backwards, the court heard.

One message allegedly read: “I’m not allowed to talk to you obviously, but wtf [what the f***] Bexter, peeps [people] are nuts. Don’t worry, I have got your back innit.”

An earlier hearing in July heard that there was an “escalation in tone”, with the messages becoming more and more abusive, eventually calling her a “f****** privileged b****”, a “fat c***” and a “fake mother”.

As a result, the Metropolitan Police was granted a Stalking Protection Order (SPO), meaning Patel will face jail time if he contacts Ellis-Bextor in any way again, approaches her, or visits her home.

Patel must also handover passwords for his devices that have the ability to record internet usage, as well as details and passwords of his social media accounts.

The measures will be in place for five years.

A statement from Ellis-Bextor, read by Mr Keating, said Patel’s behaviour had “really unsettled” her.

Magistrate Victoria Fraser granted the SPO after Patel did not contest the allegations.

The court also heard the Patel lost his job last February, suffers from bipolar disorder and was once sectioned.

Under the rules, police forces can apply for a civil SPO to prevent alleged stalkers from contacting and approaching their victims so that a criminal investigation can continue.