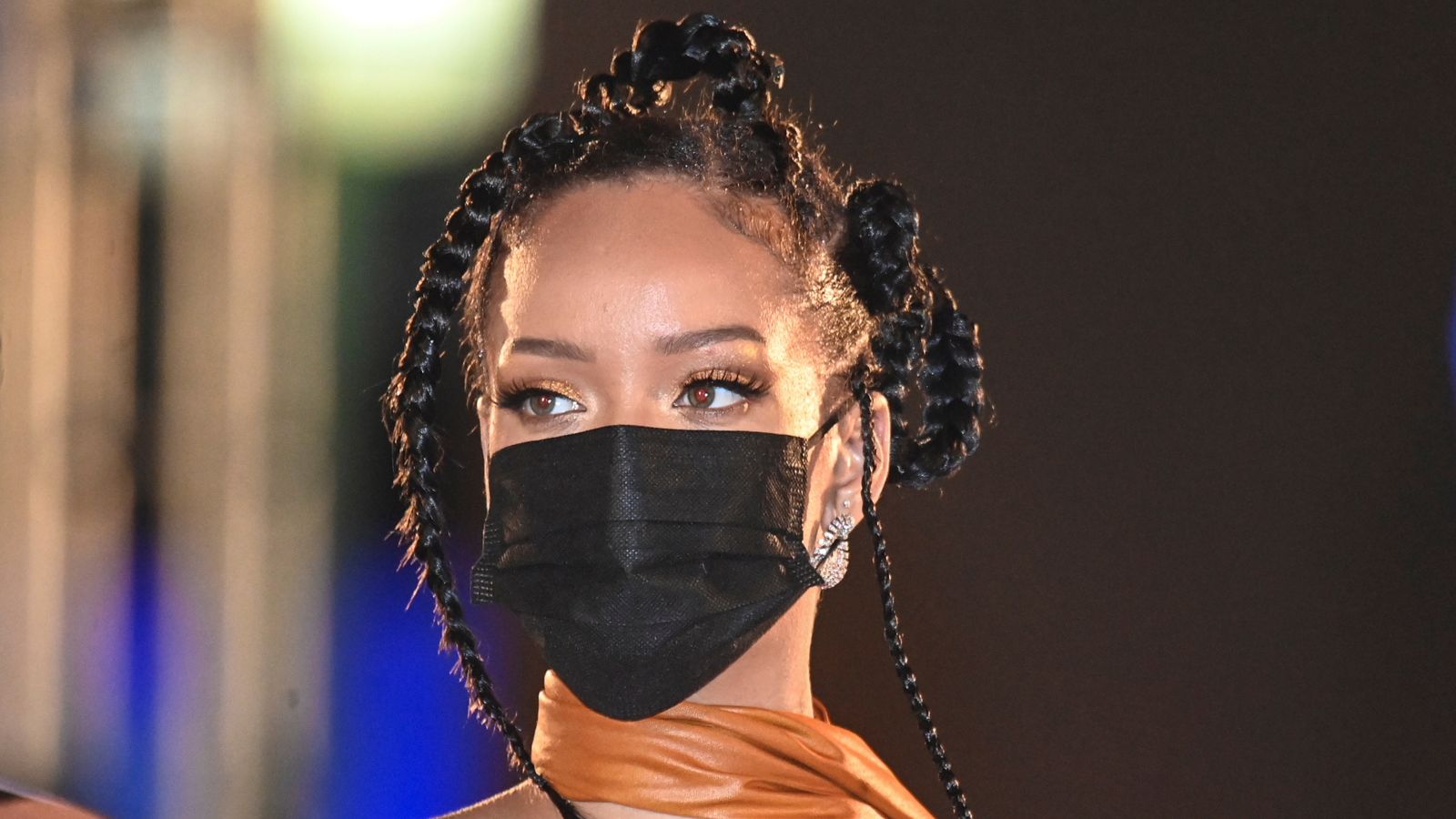 Barbadian singer and businesswoman Rihanna has been declared a national hero by the country’s prime minister.

The 33-year-old was awarded the honour by Mia Mottley during an event to celebrate the island nation becoming a republic.

“On behalf of a grateful nation, but an even prouder people, we therefore present to you the designee for national hero for Barbados, ambassador Robyn Rihanna Fenty,” the PM said to a jubilant crowd in the capital, Bridgetown.

Image: The singer was awarded the honour as the Caribbean island celebrated becoming a republic

“May you continue to shine like a diamond and bring honour to your nation by your works, by your actions.”

Rihanna was born in Saint Michael and raised in Bridgetown, before moving to the United States after she was discovered by New York-based music producer Evan Rogers.

She has since gone on to become one of the biggest artists in the world, as well as starring in movies including Battleship and Ocean’s 8, and launching her own fashion brand, Fenty, in 2018.

Since 2018, Rihanna has had the honorary title of Ambassador for Culture and Youth in Barbados.

In 2008, former prime minister David Thompson declared 22 February “Rihanna Day” – and although it is not a bank holiday, Barbadians celebrate it every year.

Image: Prince Charles was invited to speak at the transition ceremony

The latest honour was awarded to the star from her homeland as it celebrated becoming a republic – 55 years after gaining independence from the UK.

In a message to the people of the Caribbean island, the Queen sent her “good wishes for your happiness, peace and prosperity in the future” and emphasised the importance of the “continuation of the friendship” with the UK as she ceased to be their monarch.

Prince Charles was invited to speak at the transition ceremony formalising the move.

Speaking in front of a crowd in National Heroes Square in Bridgetown, once known as Trafalgar Square, he said: “From the darkest days of our past, and the appalling atrocity of slavery, which forever stains our histories, the people of this island forged their path with extraordinary fortitude.

Image: There was singing and dancing during the celebrations

“Emancipation, self-government and independence were your way-points. Freedom, justice and self-determination have been your guides.”

Dame Sandra Mason was sworn in as the island’s first-ever president.