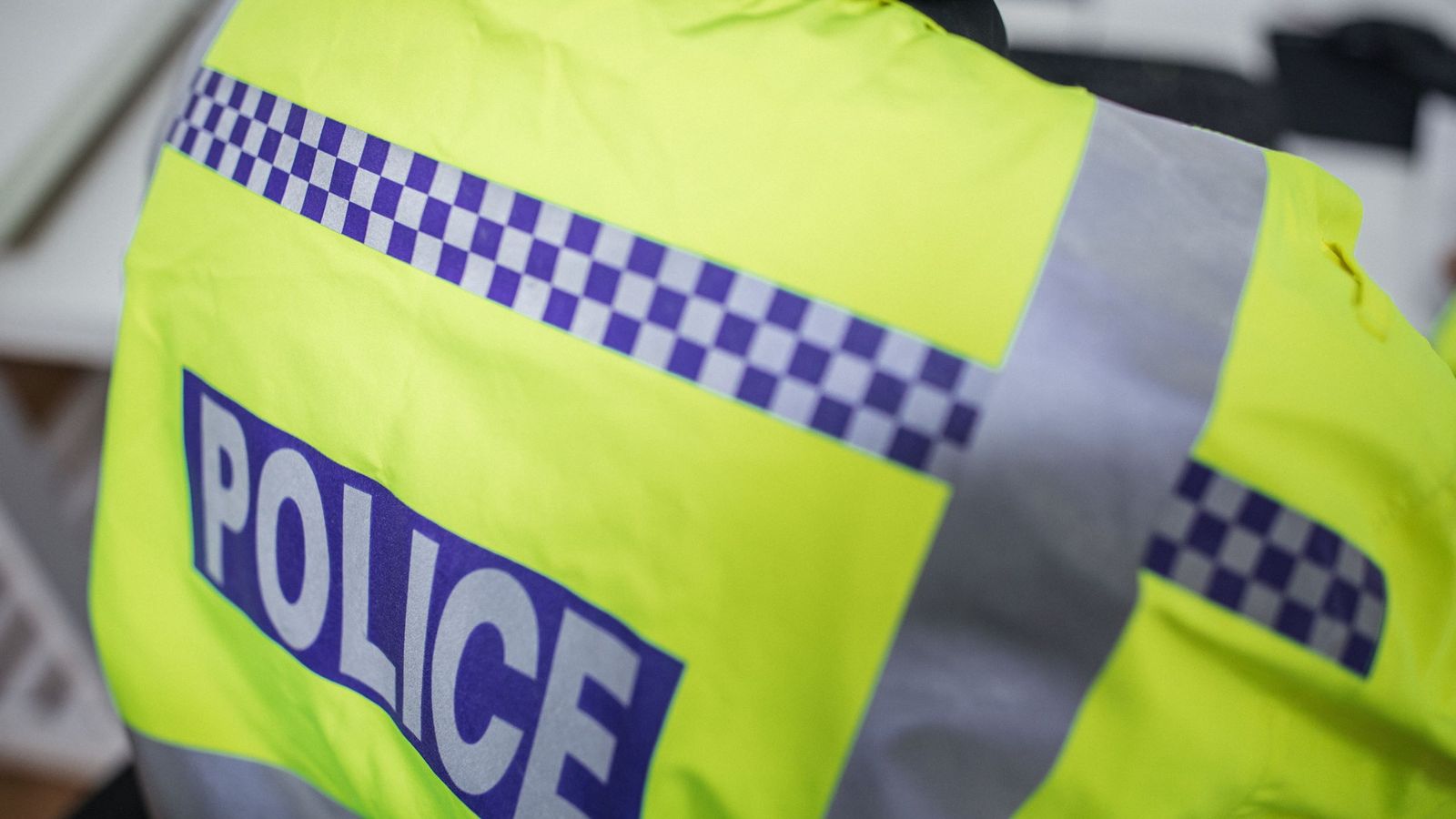 Police are investigating a video which appears to show a group of men spitting at a bus full of Jewish passengers celebrating Hanukkah in central London.

Videos taken from inside of the bus show the men spitting, shouting and making obscene hand gestures at the passengers.

One man appears to do a Nazi salute whilst another uses his shoe to bang on the bus windows.

The Metropolitan Police said the incident is being treated as a hate crime.

The Community Security Trust (CST), a charity which monitors anti-Semitic incidents and provides security support to British Jews, said the group had gathered to hand out food and celebrate the first night of Jewish festival Hanukkah, but “sadly this was interrupted by an extremely hostile, threatening and abusive group of men”.

Image: Hanukkah – known as the festival of lights – is an eight-day celebration involving food, prayer and the lighting of a menorah

Passengers on the bus can be heard saying “we are Jewish” and “we need to go”.

Shortly after the bus manages to drive away but is chased by one man smashing his arm against the windows.

“They were quite frightened that the group who were threatening them were going to physically assault them,” said Dave Rich, director of policy at CTS.

“They were pretty scared and they definitely felt it was because they were Jewish that they’d been targeted, there was absolutely no doubt about that.”

Mr Rich confirmed that the bus carrying the group had travelled from north London but returned home after the incident.

Police were called to the scene at around 8pm but met the bus at another location to “avoid any further confrontation”.

The Met said no arrests have been made so far.

“The incident is being treated as a hate crime and officers will be assessing the available evidence to identify any possible lines of inquiry,” the force said.

London Mayor Sadiq Khan tweeted “Antisemitism has no place whatsoever in society and I utterly condemn these disgusting acts. No one should have to experience this.”

Police have urged anyone who has any other information, to call on 101 with the reference 6187/29NOV.