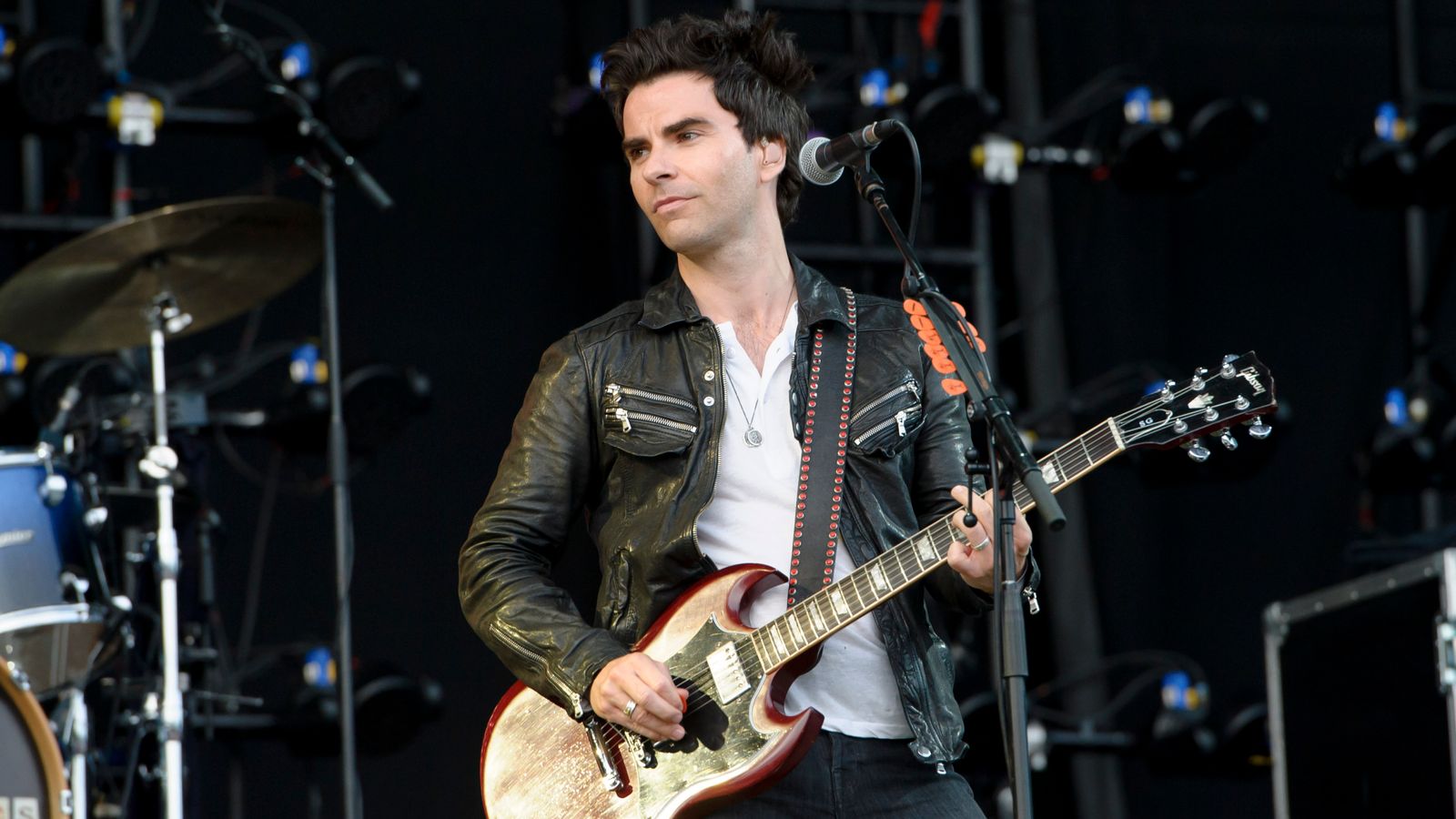 Two Stereophonics shows set to take place next week have been pushed back to 2022 due to fears over new COVID-19 variants.

Gigs at the Principality Stadium in Cardiff have been postponed from 17 and 18 December to June 2022, with the band saying they are “disappointed but looking forward” to playing next year.

Ctd…Stereophonics, Sir Tom Jones and Catfish and The Bottlemen will all still be performing at the June 2022 show. The band are disappointed but are looking forward to the shows in June 2022.

It comes amid rising concern over mass events and Christmas socialising as cases of the Omicron variant increase in the UK. Two senior government sources have told Sky News that Boris Johnson is minded to move to Plan B COVID restrictions “as early as this week”.

As the Stereophonics announcement was made, it also emerged that Adelefans will have to be vaccinated and show a negative coronavirus test to attend her recently announced shows in Las Vegas next year. And in the theatre industry, trade union Equity issued a statement urging venues and producers to enforce mask-wearing among audience members.

In a joint statement on the Stereophonics gigs, the Principality Stadium and promoters Kilimanjaro Live apologised to fans, saying they were “regretfully announcing the postponement” but that the shows would be “impossible to run safely”.

They said: “We have been working collaboratively throughout to deliver these shows and have sought clarification from Welsh government following the latest review on current guidelines and legal requirements around face coverings.

“Unfortunately, as the threat of new variants emerge and the restrictions in place as an ‘indoor venue’, the shows are impossible to run safely and ensure compliance with government guidelines and Welsh law.”

Rules on COVID passes in Wales were extended in November to include cinemas, theatres, and concert halls. While the Principality Stadium is an outdoor venue, it has a retractable roof to host indoor shows.

With COVID cases rising, many in the entertainment industry are fearing a repeat of the venue closures that decimated the industry in 2020.

Earlier this week, shows of Moulin Rouge! The Musical were cancelled in London’s West End after company members tested positive for the virus.

In a statement signed by Equity general secretary Paul W Fleming and president Maureen Beattie, the union has called for “the strongest COVID protocols backstage” at theatres and encouraged all members to make sure they are fully vaccinated if they are able.

“The new Omicron variant of coronavirus threatens the fragile return of live performance in theatres, pubs, clubs and other venues across a critical Christmas season,” they said. “The joy and togetherness of live performance is sorely needed in a dark winter after a tumultuous two years, and it’s critical that the industry is protected.

“Equity urges all members to play their part in keeping this threat at bay by ensuring that they are fully vaccinated if they are able.

“Crucially, producers and venues must up the ante on the enforcement of mask wearing for audiences and maintain the strongest COVID protocols backstage to protect all those watching and working in live performance.”

Meanwhile, a statement on Ticketmaster about the Adele shows at Caesars Palace in Las Vegas said that the event organiser – which is usually classed as the venue, according to the site – “requests that all attendees have been fully vaccinated… AND to have received a negative COVID-19 test within 48 hours of the event”.