Written by Hitmix News on 9 December 2021 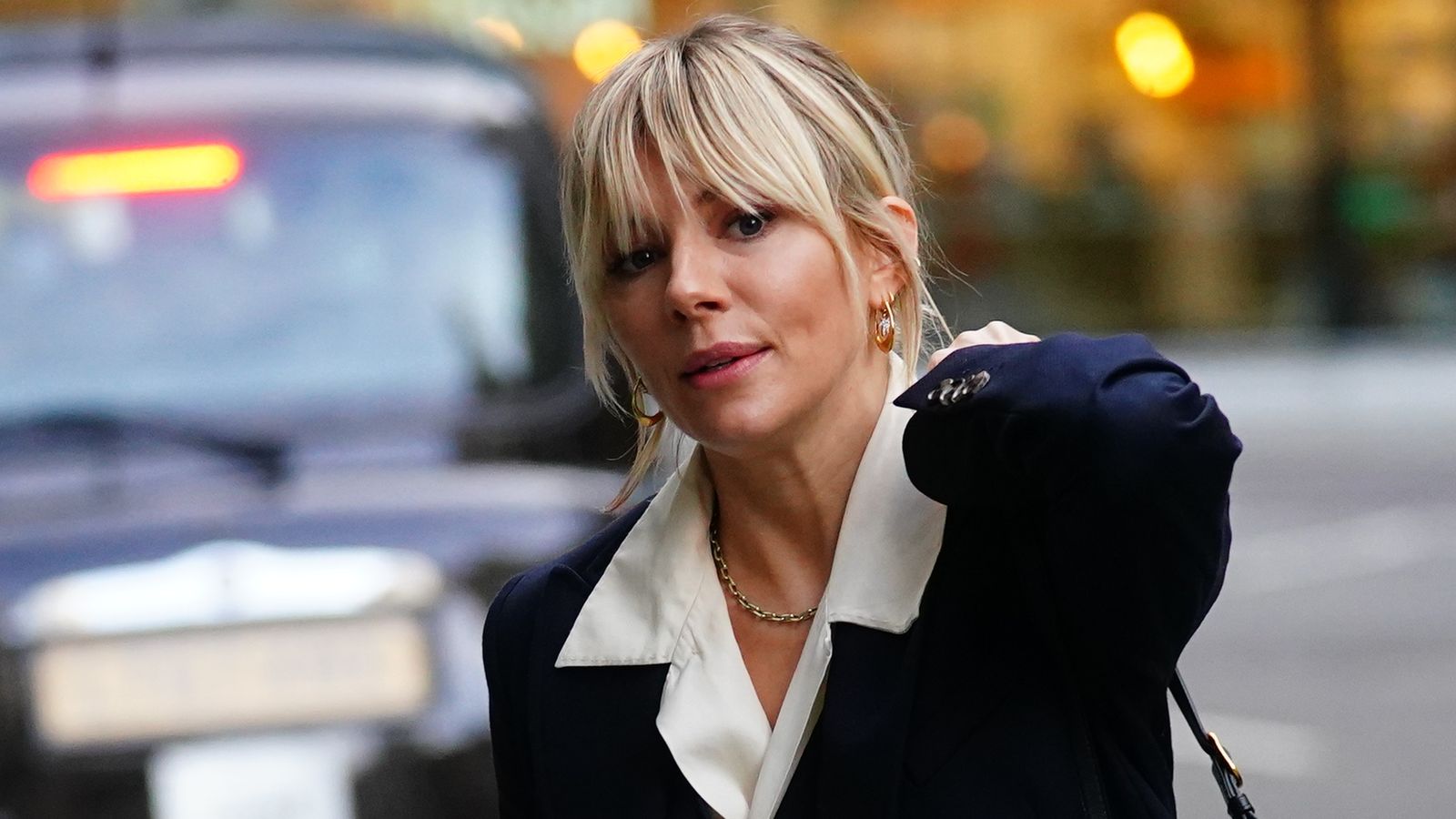 Actress Sienna Miller has claimed The Sun newspaper tried to “profit from her misery” and “brutally took away her choice” by allegedly leaking that she was pregnant.

It comes as the star said she feels “fully vindicated” after she settled a claim for “substantial damages” against the publishers of the newspaper.

She brought legal action against the newspaper’s publisher, News Group Newspapers (NGN), who deny any illegal information-gathering took place at The Sun and agreed to have her case settled for “substantial damages” without any admission of liability.

She issued legal action over alleged voicemail interception and misuse of private information in September 2019.

Image: Ms Miller said she wanted to take the case to a full trial

The star’s barrister, David Sherborne, told the High Court it was believed that the material disclosed showed a senior Sun journalist “had met with a ‘medical records tracer’ in July and August 2005 to discuss Ms Miller’s pregnancy”.

Expenses were also said to have been claimed by the journalist, he added.

He added: “Ms Miller was the subject of intense media scrutiny and serious intrusion into her private life from around 2003, which not only impacted her but most of her friends and family.

“In particular, The Sun published numerous intrusive stories about her that contained intimate private details about her relationships and feelings and even her confidential medical information.”

Image: Ms Miller said she wanted to take the case to a full trial

The alleged role of Rebekah Brooks

Mr Sherborne said Miller “believes it was Rebekah Brooks, then editor of The Sun, who first called the claimant’s representative to say that she knew that the claimant was pregnant”.

Former News of the World editor Ms Brooks, who was cleared of all charges in a phone-hacking trial in 2014, has denied involvement in unlawful activity.

Mr Sherborne said Miller alleged Ms Brooks and others were “responsible for leaking the pregnancy and that their actions, including the call, had led her to being unable to trust those closest to her when she really needed them”.

Image: Rebekah Brooks is a former editor of The Sun and NotW. File pic

Speaking outside court afterwards, Miller said she had wanted to pursue the case to a full trial, but “legal recourse is not available” to people without “countless millions”.

Reading a prepared statement, she said: “It was not my choice to be standing here, I wanted to go to trial.

“I wanted to expose the criminality that runs through the heart of this corporation. A criminality demonstrated clearly and irrevocably by the evidence which I have seen.

“I wanted to share News Group’s secrets just as they have shared mine.”

Image: Ms Miller said she had wanted to pursue the case to a full trial

“Unfortunately,” she continued, “that legal recourse is not available to me or to anyone who does not have countless millions of pounds to spend on the pursuit of justice.

“Such is our world. Until someone comes along who can confront the Murdochs’ endless means, all that I have left are these words. And they are the truth.”

She added: “It is my hope that others can pick up where we have left off, that somebody can take it further than I was able to.

“I would unhesitatingly participate as a witness in anybody’s effort to challenge the people responsible at a trial.”

COVID-19: Boris Johnson accused of ‘throwing clubs and bars under the bus to save his own skin’ with Plan B rules