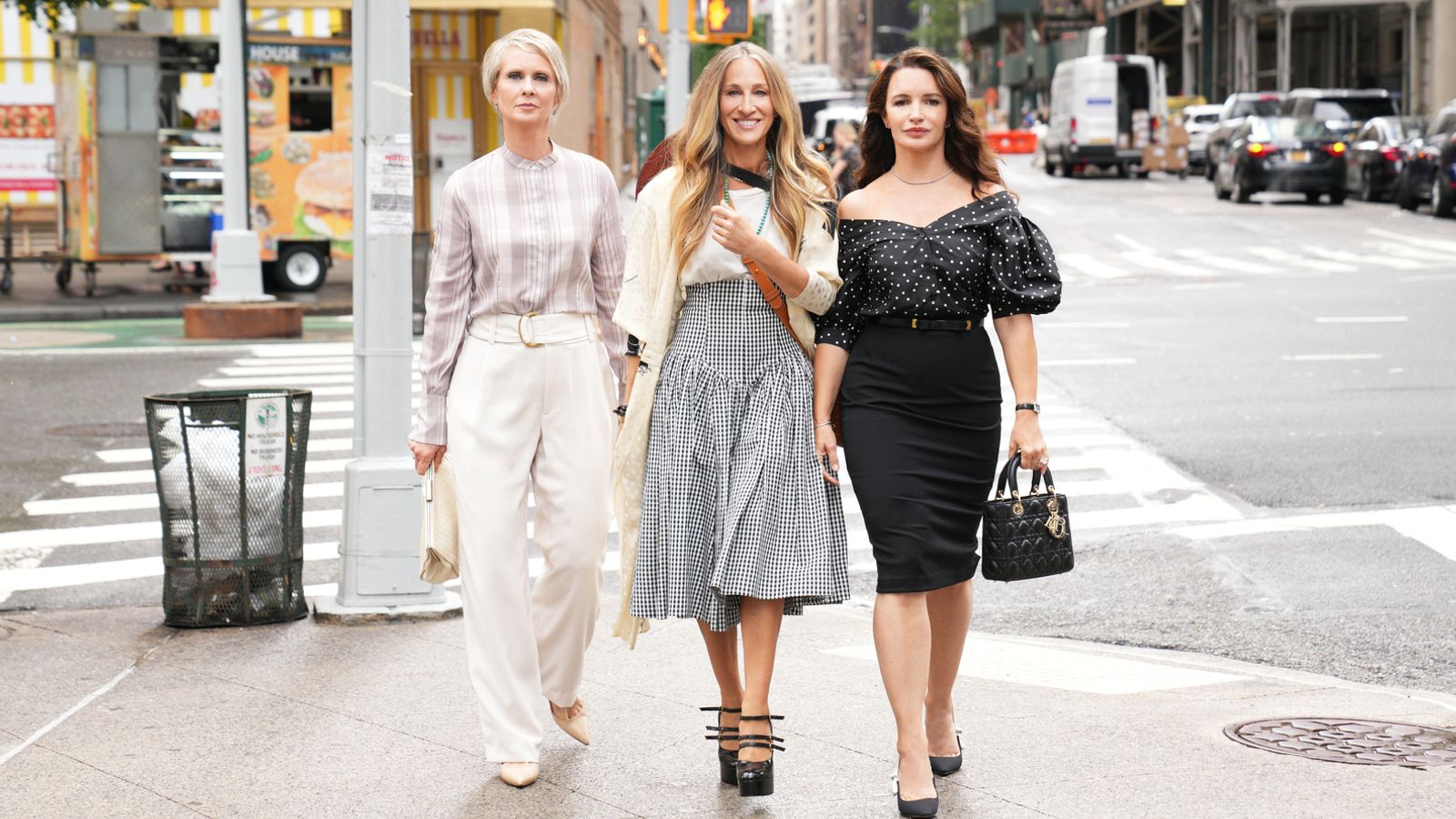 The death of an iconic character in the first episode of the Sex And The City reboot after cycling on a Peloton has prompted the global fitness brand to issue a statement.

Warning: A spoiler containing the name of the character who dies is included towards the end of this article.

The company points the finger for the fictional figure’s shock demise at “an extravagant lifestyle” and says riding the exercise bike may even have delayed the fatal heart attack.

Ever since first hitting the screens in 1998, Sex And The City has featured a number of memorable deaths.

Image: Peloton riders can track their heart rate so they can exercise safely. Pic: AP

And the revival of the series after nearly two decades with a new name, And Just Like That, carries on the tradition, with the dramatic departure of a central character following a vigorous workout on the high-end equipment.

In a statement, (edited by Sky News to avoid spoilers) Dr Suzanne Steinbaum, a preventative cardiologist and member of Peloton’s health and wellness advisory council, said: “I’m sure ‘SATC’ fans, like me, are saddened by the news that **** dies of a heart attack.”

“**** lived what many would call an extravagant lifestyle.

“These lifestyle choices and perhaps even *** family history, which often is a significant factor, were the likely cause of *** death.

“Riding *** Peloton Bike may have even helped delay *** cardiac event.”

She said that more than 80% of all cardiac-related deaths were preventable through lifestyle, diet and exercise modifications.

“And while 25% of heart attacks each year are in patients who already had one, even then they are very, very treatable,” she added.

“It’s always important to talk to your doctor, get tested, and have a healthy prevention strategy.” The first episode also features an instructor named Allegra, who is played in a virtual cameo by real-life Peloton star Jess King.

Following its premiere on HBO Max, she posted a message on Instagram, in which she wrote: “I am tickled to have been a part of it.

“I grew up watching Sex And The City religiously with my mom, it’s one of our favourite shows, so being included in their newest series was a dream come true!”

The fitness equipment, which has attracted a cult following and is used by Chancellor Rishi Sunak, costs upwards of £1,000, with users paying an additional monthly subscription to take part in streamed workouts via an integrated screen.

For those not concerned about spoilers, the character who dies is John James ‘Mr Big’ Preston, who was played by actor Chris Noth.

And Just Like That is available now on Sky Comedy and streaming service NOW.