Spider-Man: No Way Home – Tom Holland on getting it right, leaving acting to do ‘other things’ and having a pre-midlife crisis 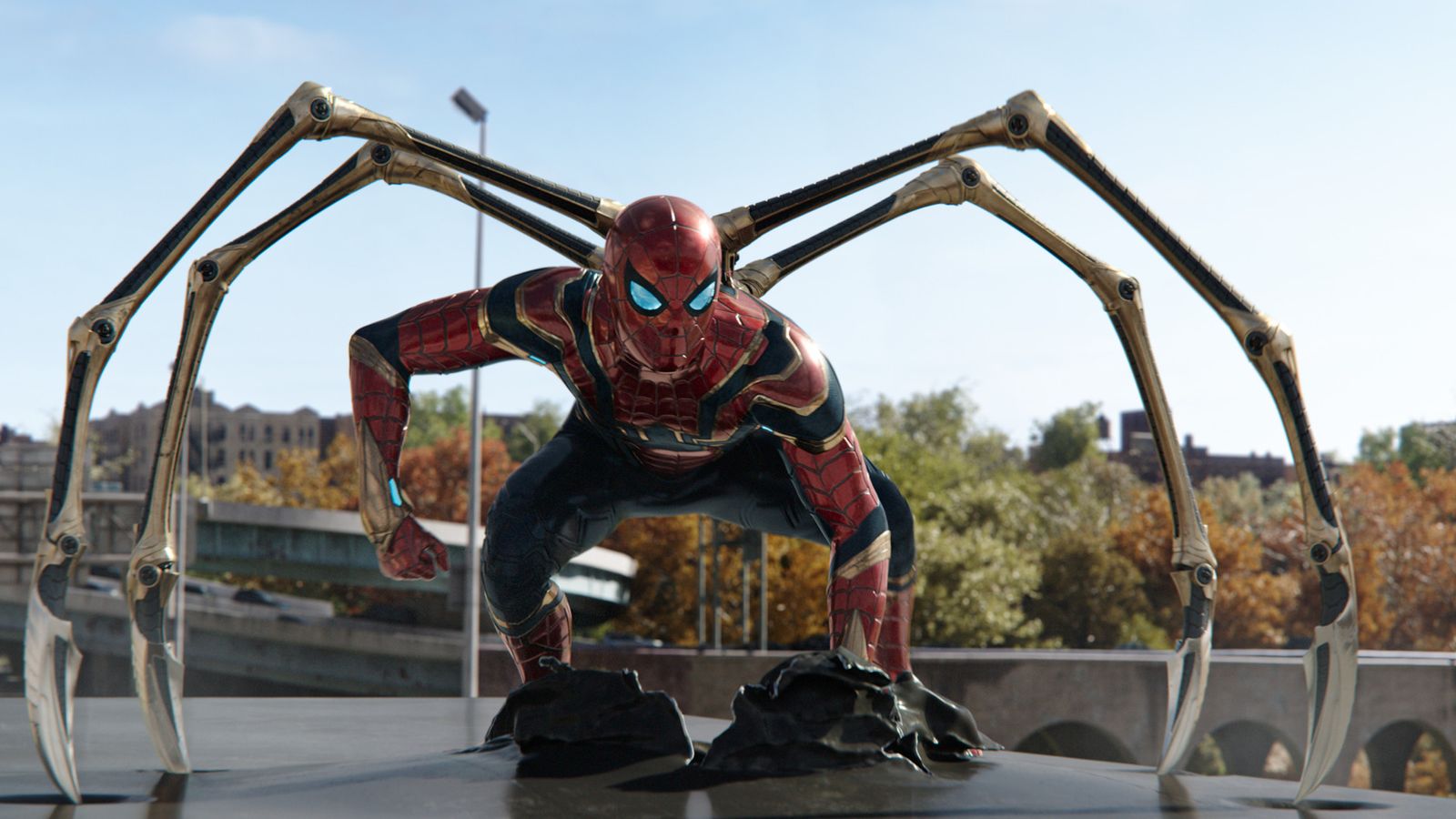 Tom Holland has suggested that he could step away from acting to pursue “other things”.

Holland was speaking to Sky News ahead of the release of his latest Spider-Man film, No Way Home, and explained that he was unsure what his next career move might be should he hang up the web-slingers for good.

“I don’t even know if I want to be an actor,” the 25-year-old said when asked what was next for him.

“I started acting when I was 11 and I haven’t done anything else, so I I’d like to go and do other things.

However, despite being unsure of his next career move, Holland did reveal this week that he would go back to his dancing roots – he famously played Billy Elliot on the West End as a child – and portray Fred Astaire in a biopic about the actor’s life.

Spider-Man: No Way Home has fans on tenterhooks – and that comes with extra pressure

No Way Home, the third film in Sony and Marvel’s latest Spider-Man franchise, is set to be the biggest film of the year, if not ever, with pre-sales outstripping that of Avengers: Endgame from 2019.

It sees Peter Parker (Holland) now dealing with being outed by Mysterio as your friendly neighbourhood Spider-Man, and its impact on not just him, but his girlfriend MJ (Zendaya), best friend Ned (Jacob Batalon) and Aunt May (Marisa Tomei).

He asks a fellow Avenger, Doctor Strange (Benedict Cumberbatch), to use a spell to erase people’s knowledge of him being outed as the hero – only for it to go wrong and open up a long-trailed multi-verse.

But with the film having so much mystery and with the rumour mill in overdrive, Holland tells Sky News there is a pressure to get the film right.

“It’s quite stressful,” he said.

“People have been very excited for our previous movies, but nothing like this.

“You know, this is this is kind of like Endgame level excitement.

“I think we’ve done an amazing job and I think fans are going to be really pleased and feel fulfilled when they see this film – but that doesn’t mean that it’s any less stressful because, you know, the expectations are very high.” 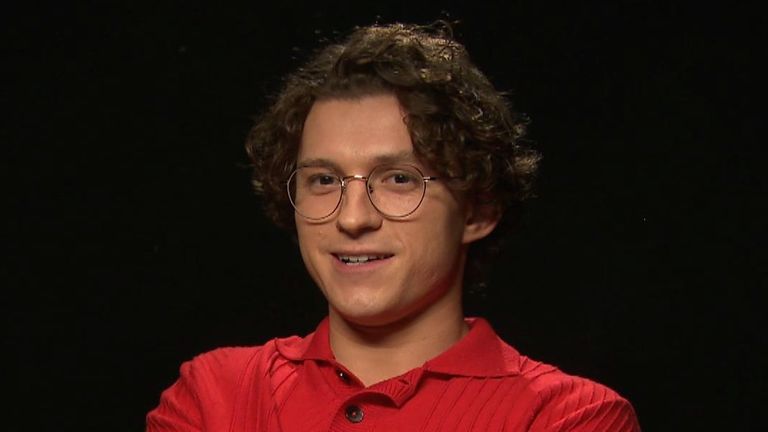 What about those fan theories about the old Spider-Man actors?

Widespread and popular fan theories predict that former Spider-Man actors Tobey Maguire and Andrew Garfield will make an appearance in the film – though this has never been confirmed by Sony and Marvel Studios.

Fuel for those theories comes in the form of the villains from those films appearing in No Way Home.

Holland, who in the past has perhaps let on a little more than he should about some Marvel films, says that while we know that the retro villains are back, he still has to stay tight-lipped on the film.

“You still have to be careful,” he told Sky News

“Even though there’s quite a lot of stuff out there – we know which villains are coming back.

“These two trailers have been fantastic and they’ve been very good at teasing what’s to come. There’s still a lot I can’t talk about.”

He laughs: “We’ve got to be very careful because someone from Sony will fly in here and whack me over the head with a pan or something.”

Image: The Green Goblin is back to cause havoc in New York. Pic: Sony Pictures/Marvel Studios

Seeing the old villains on set was ‘mind-blowing’

It appears that Holland was just as excited as us to see all the retro villains on set as fans were when they saw them in the trailer, explaining to Sky News that these actors and villains were part of his childhood.

“I remember when I saw Jamie [Foxx] for the first time, I was like, ‘isn’t he supposed to be blue?’,” he says.

“We had a lot of fun working together, and… there’s quite an interesting dynamic between Spider-Man and Electro in this movie.

“But then, seeing Alfred Molina in his original costume and then seeing Willem [Dafoe] in in the Goblin costume was just mind-blowing, and it was quite scary.

“As a young kid, I was at the age where I saw Spider-Man and I thought it was real, so there’s still a little bit of that that lives on in me.

“So when I met them for the first time, it was a bit like, ‘well, this is really weird, you’re the guy that tried to kill Spider-Man a bunch of times, and now I’m Spider-Man, so are you going to try and kill me?’

As Holland mulls his next career steps, he explained that Spider-Man had given him the chance to do some “amazing things in the past”.

He first appeared as the character in 2016, when he popped up in Captain America: Civil War, and since gone on to have three standalone Spidey films, and both Avengers Infinity War and Endgame – a total of six films in the red suit.

“It means everything,” he says.

“We’ve set this trust up called the Brothers Trust, which is something I’m incredibly proud of – we’ve been, for the last few years, raising money through various different ways and giving that money to smaller charities that, you know, are really impactful and making a difference today, which is really cool, you know?

“I couldn’t be more grateful for what Spider-Man and what Sony and Marvel have given me.

“It’s been it’s been an amazing world and that’s why I said if it’s my time to walk away, I would do so proudly.”

Spider-Man: No Way Home hits cinemas exclusively on 15 December in the UK – two days before its US release.