StoryCast ’21: The Michael Jackson impersonator who landed a starring role in ‘the trial of the century’ 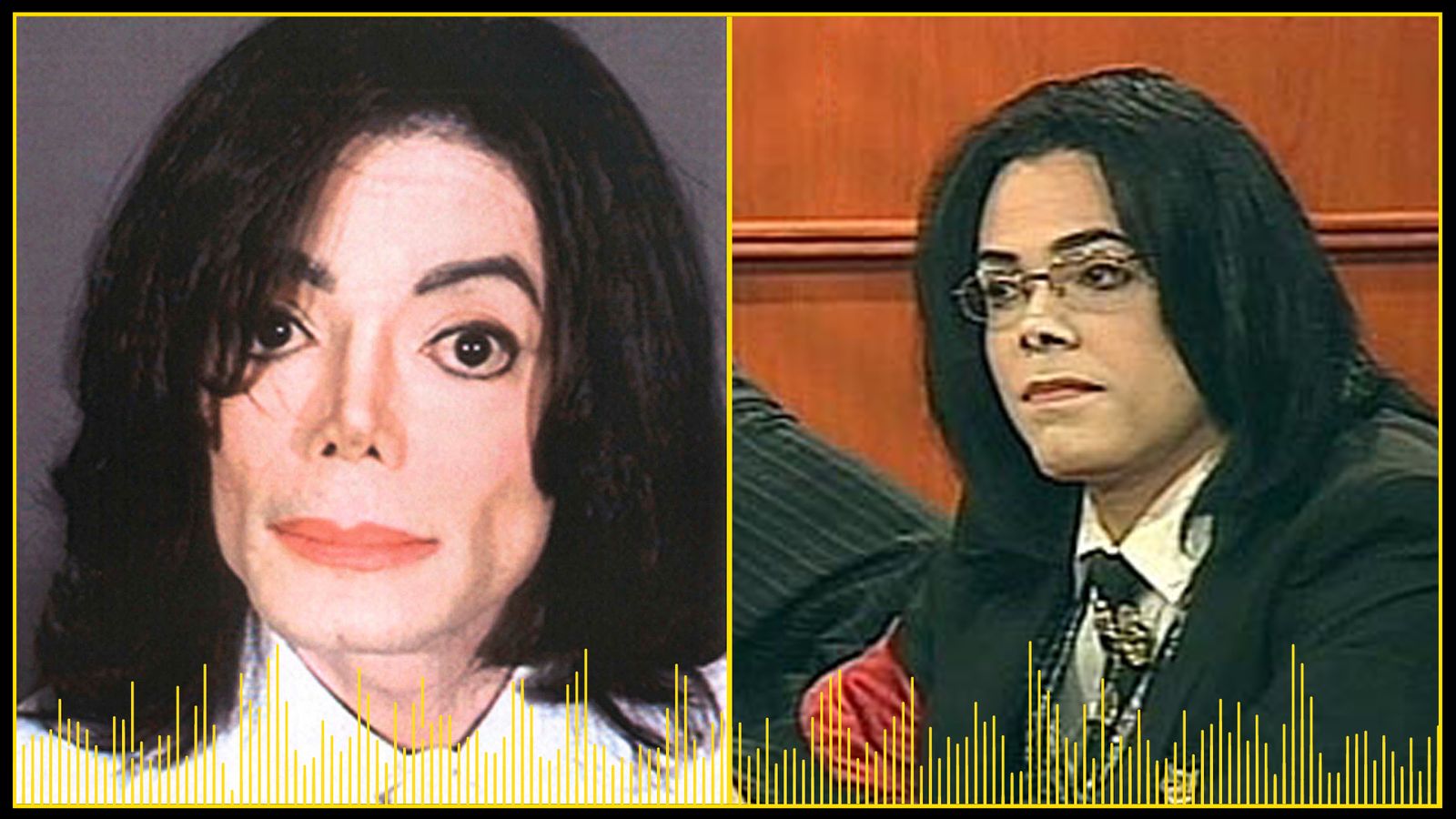 In February 2005, Eddie Moss was one of the most successful Michael Jackson impersonators in the world when his life, and career, were turned upside down.

Jackson had been charged with molesting a 13-year-old boy named Gavin Arvizo at his Neverland Ranch estate in California, and was now set to take centre stage in what became known as “the trial of the century”.

If a jury found him guilty, he was facing up to 20 years in prison.

Jackson was arguably the biggest superstar on the planet and the trial attracted huge international interest. However, unusually for the US court system, a judge decided no cameras would be allowed in the hearings.

Sky News therefore decided to collaborate with E! Entertainment by making a TV programme that would reconstruct key parts of the evidence from each day.

It would mean hiring actors to play the judge, the lawyers, the jury and of course – the King of Pop himself.

And that’s where Eddie Moss comes in.

Image: Michael Jackon, left, was portrayed by Eddie Moss, right, during the reconstruction of his trial

“The very first day on set was a little awkward because that was my first time meeting the extras. When I was on my lunch break, people were kind of glaring at me as if the allegations Jackson was facing had been done by me.

“I was really torn as to how I was going to move forward with this, because I had built my life around being Michael Jackson.”

The only glimpse the public got of Jackson himself was when he would enter and leave the court. However, as the weeks went by it was clear the singer was being worn down by the allegations against him and the course of the trial.

As the reconstructions were broadcast to millions of people around the world, everybody seemed to have an opinion on whether Jackson was guilty or not.

“There was no middle ground, people either loved him and stood by him, or they fully believed he had done it. I would get called all kinds of names. I saw people fighting amongst each other because somebody had said something rude to me,” says Moss.

“There were physical altercations at least three different times while I performed at Jackson’s star on Hollywood Boulevard.”

Image: A crowd of Michael Jackson’s most loyal fans would gather outside the court each day

The impersonator, who had performed all over the world and appeared in Hollywood movies as Jackson, also began wondering whether he wanted to continue with his career once the trial was over, no matter what the outcome.

“I was very nervous, I didn’t know how people would react when I took to the stage. If somebody didn’t appreciate me being there, was I going to be in danger?”

On 13 June 2005, the five-month trial came to an end and the jury returned a verdict of not guilty on all charges.

“After the trial it actually heightened my career… I was in GQ magazine, Time magazine… I was the most sought out Michael Jackson impersonator for the next 15 years.”

In 2009, Jackson died from a cardiac arrest aged 50. His legacy has continued to divide opinion as further allegations of child abuse have emerged.

Jackson’s estate strongly deny all the allegations and the singer was never found guilty of any charges related to child abuse.

You can listen to Eddie Moss’ story in Michael Jackson: The Trial Of The Century – the latest episode of StoryCast ’21, a Sky News podcast telling 21 personal stories from some of the biggest news events of the century.

Click the link below to explore the series and listen to all of the episodes released so far.