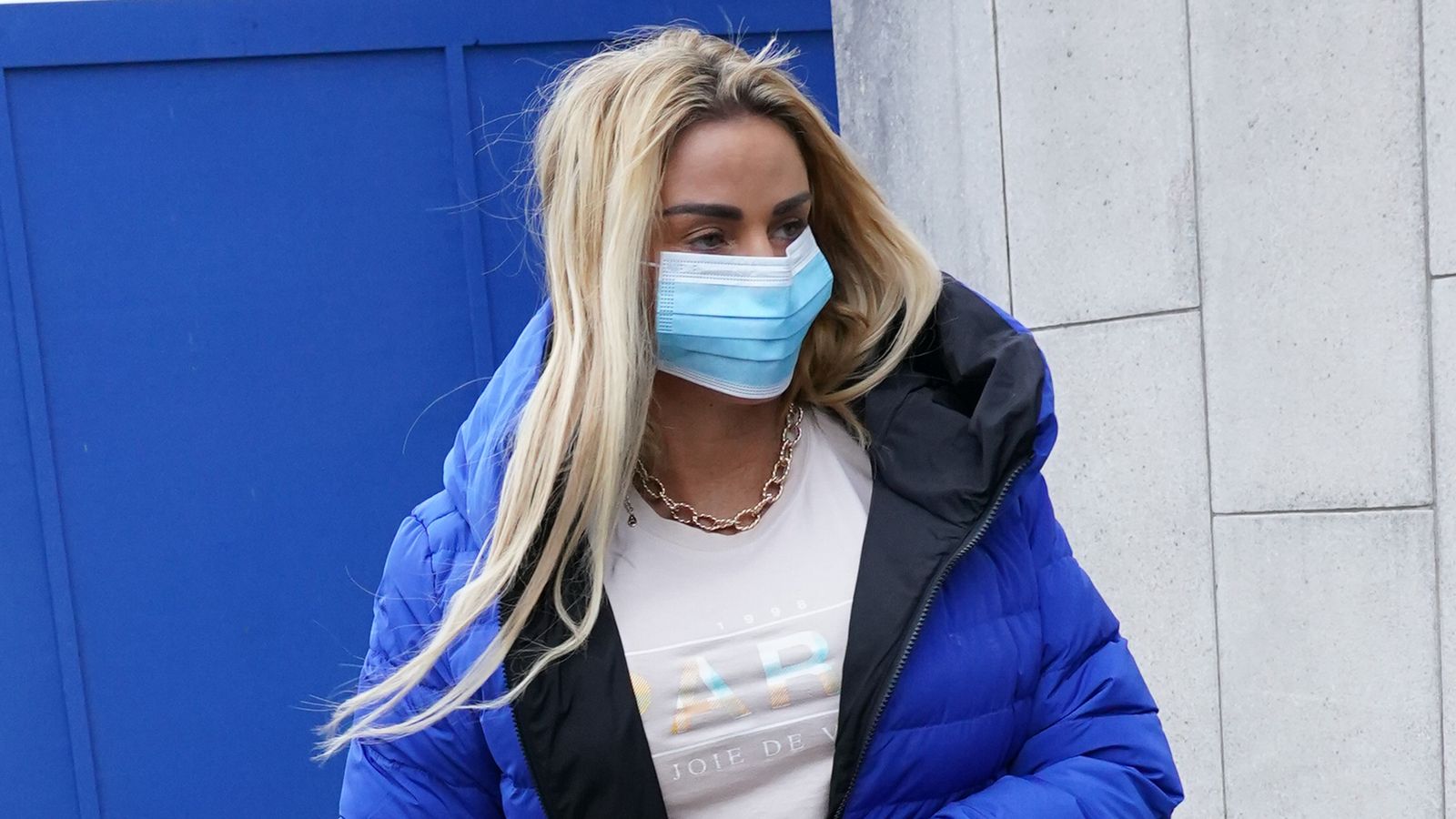 Police are considering an appeal against Katie Price’s sentence after she avoided Christmas in jail for flipping her car in a crash when drink-driving while disqualified.

The former glamour model, 43, who has been banned from driving on five occasions, was given a 16-week suspended sentence and a further ban at Crawley Magistrates Court on 15 December.

Despite Price’s driving record being “the worst she had ever seen”, District Judge Amanda Kelly told the star she was unable to send her to jail because she had complied with court requirements.

Image: Price flipped the BMW car while driving under the influence

This included undergoing rehabilitation treatment at the £6,800 a week Priory Centre, and not committing further offences.

However, Superintendent James Collis, head of roads policing for Sussex Police and Surrey Police, said officers are looking at whether the sentence could be subject to appeal.

He said the sentencing “as the judge explained, could have and should have been much worse and, in our view, Price is extremely lucky not to be spending Christmas behind bars”.

“Given the circumstances and her history of motoring offences, it’s clear she did not consider the risk of her actions to the wider public or the implications for her own family,” he added.

Price said she is “incredibly sorry” for her actions and added that she is “sincerely grateful nobody was hurt”.

In a statement on her Instagram story, she wrote: “I’m now spending time getting better – mental health is a hidden illness and can strike at any time.

Image: Price flipped the BMW car while driving under the influence

“The triggers that cause my anxiety and behaviour are something I’m trying to understand, come to terms with, and learn to control moving forward.”

The court heard that Price had been driving to visit a nearby friend in Sussex while under the influence and on a ban when she flipped the BMW at about 6.20am on 28 September.

A drugs wipe gave a positive reading for cocaine and a roadside breath test taken by Price following the accident was positive for alcohol, the court heard.

The following day, the TV personality admitted all charges at a hearing at Crawley Magistrates’ Court.

At Wednesday’s sentencing, she was handed the 16-week jail sentence, suspended for 12 months, a two-year driving ban, 100 hours of unpaid work, 20 sessions of rehabilitation work and was ordered to pay £213 in costs.

The court heard that Price already owed £7,358 for previous offences.

District Judge Kelly told Price: “The public may be appalled to hear that I can’t send you to jail today.

“But the law says that when a person complies with the terms of their release, then you have a legitimate expectation not to be sent to prison today, even though you deserve to spend Christmas behind bars.”

Content cuts help keep BBC on track to save £1bn in 2021, report finds