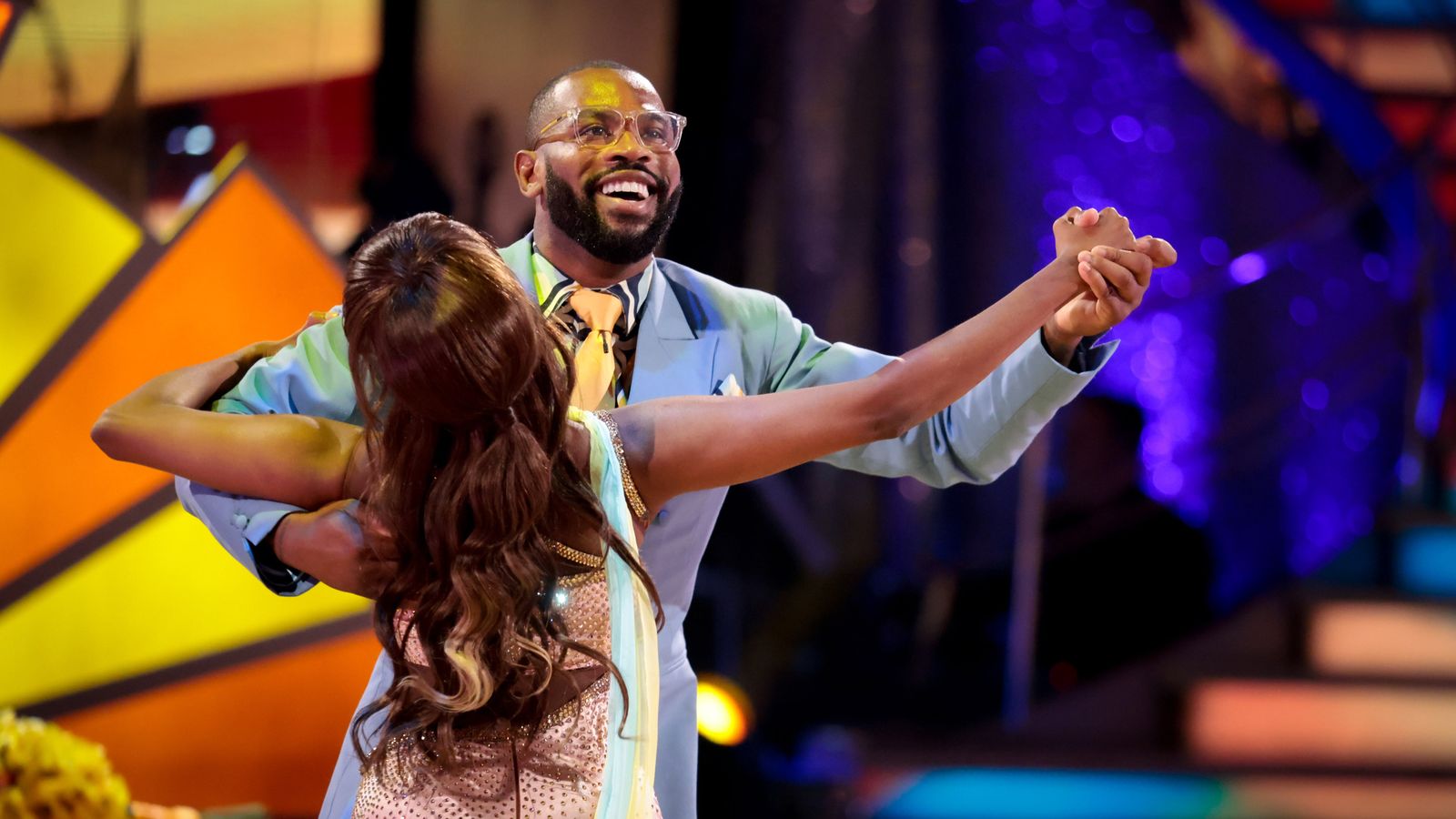 Strictly Come Dancing star Ugo Monye has revealed to Sky News who he wants to win the competition tonight – as the freshly-boosted former rugby player called on fellow celebrities to get vaccinated against COVID-19.

Strictly Come Dancing comes to an end on Saturday evening on BBC One following a fraught 13 weeks that were marred by COVID disruption and injuries.

The final will also only feature two remaining contestants after presenter AJ Odudu pulled out this week after damaging a ligament in her foot.

After receiving his booster jab in Sandown, Surrey, earlier today, ex-rugby player Ugo also told Sky News why he believes people in the public eye have a duty to get the COVID vaccine.

He said: “I think it is selfish if high-profile people don’t get the jab. I fully understand the decisions I’ve made today will positively impact other people up and down the country – friends and family who are very close, but also strangers on the streets, on the trains, wherever I might mix and mingle.

“So I think the decision about whether or not to get vaccinated actually impacts more than just yourself.

“I also think it is really important to do the right thing, not just for myself but for everyone else too.”

Ugo also heaped praise on NHS workers for their dedication to saving lives during the pandemic.

He said: “I’m not sure there will ever be enough credit that we can ever give to them or thank them enough.

“Going back to early lockdown where we clapped for our carers on a Thursday night at 8pm was just a small token of all our gestures for their efforts and their dedications.”

He said the efforts of frontline workers had “saved millions of people”. 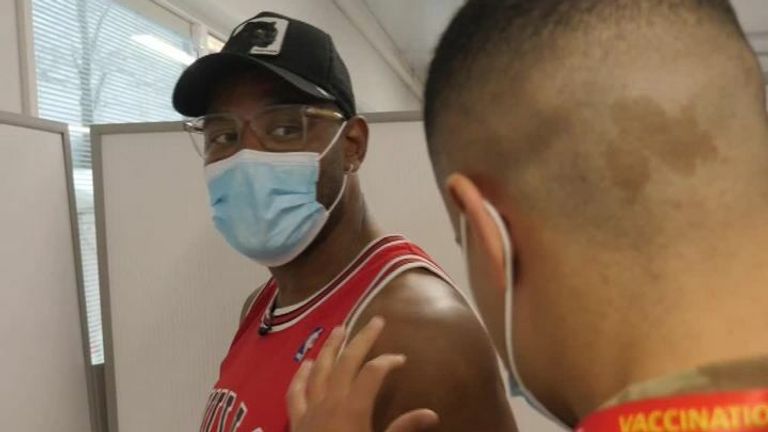 Who will win the glitter ball trophy?

While keen to talk up the COVID booster jab, Ugo was coy on who he wants to win Strictly.

“There was a remarkable moment in the Olympics high jump final, where the gold medal was shared,” he said, “and I’m going for a piece of that.

“I’m going to sit on the fence and say that the glitter ball for the first time ever is going to be shared!”

Ugo, who left in the fourth week of the show, also expressed his sympathy for AJ – as he also suffered with back problems during his time on the dance floor.

He said: “It just doesn’t seem fair considering how hard she has worked for 12 weeks and how much she has dedicated to a brand-new craft, having never danced before.

“She is still a finalist, she got there on her own merits, and she is just an incredible woman who I have a lot of love for.”