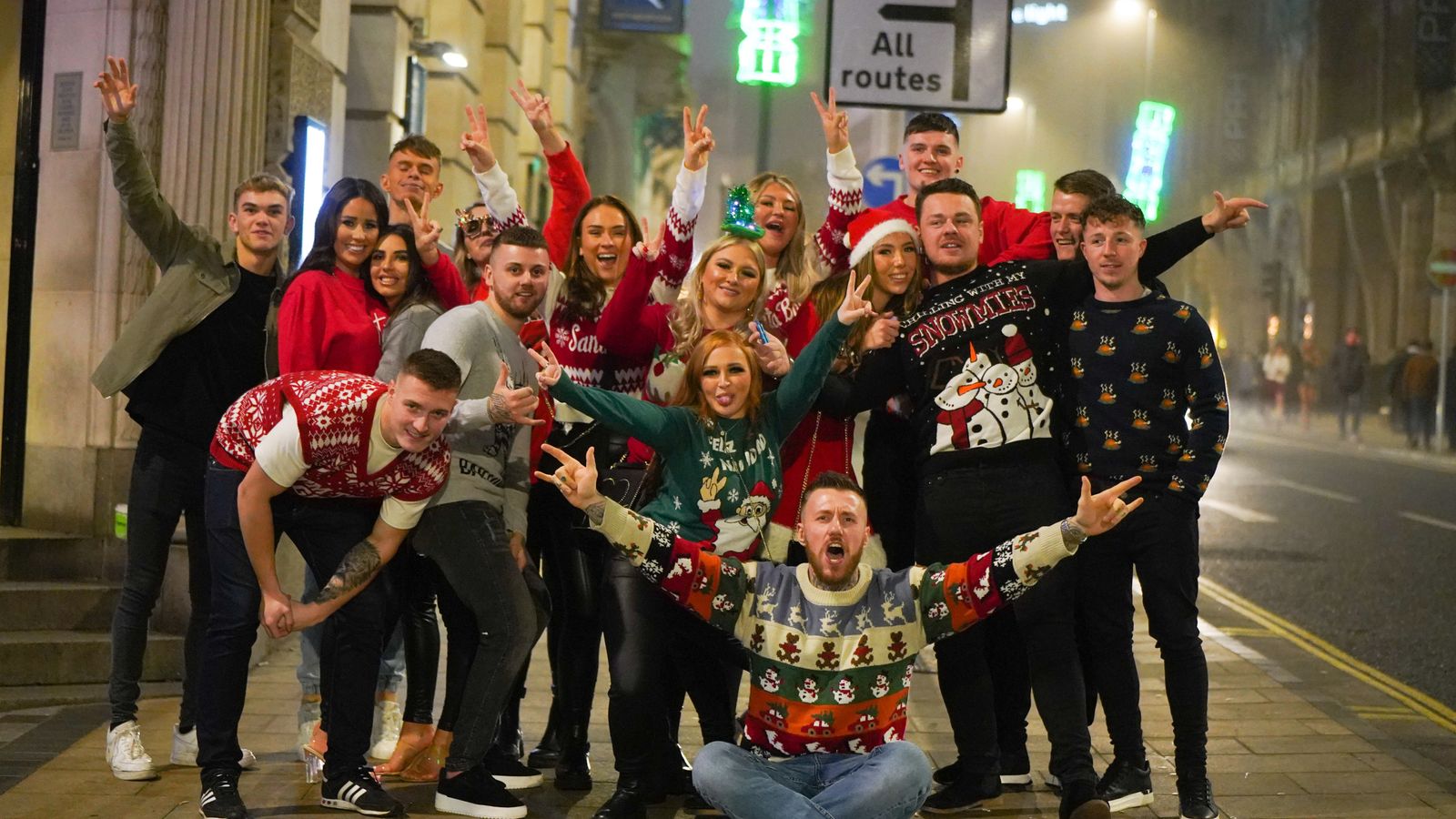 Extra restrictions are needed “within days” to prevent hospitals from being overwhelmed by Omicron, according to senior government scientists.

Possible tougher measures could be imposed after Boxing Day, according to The Sun, which said a contingency plan had not yet been presented to ministers.

Asked about the prospect of new rules, a government spokesman said they will “continue to look closely at all data and keep our measures under review”.

Health Secretary Sajid Javid will be on Sky News’ Trevor Phillips On Sunday show from 8.30am this morning

Sky News understands experts who produce advice for ministers believe there are now “hundreds of thousands” of infections every day, many more than the number of official cases recorded on the daily dashboard.

Even if transmission of the variant stopped now, a significant number of hospital admissions are already baked in.

Hospitalisations likely to peak in January

Projections considered by the SAGE advisory committee on Thursday show that hospitalisations are expected to increase from their current level of 900 a day to between 1,000 and 2,000 a day by the end of the year.

They are likely to peak in January at well over 3,000 every day, even with the current Plan B restrictions.

On Saturday, the British Medical Association warned that almost 50,000 doctors, nurses and other NHS staff in England could be off sick with COVID-19 by Christmas Day if the government fails to introduce any further measures to stop the spread of the virus.

It is urging the government to now introduce further measures, above and beyond its booster strategy, to stem the spread of the virus – including reducing levels of social contact.

The group said that the consequences of the NHS becoming incapacitated over the Christmas period “do not bear thinking about”.

Are we heading for a ‘circuit breaker’?

The projections have emerged amid reports ministers are drawing up plans for a so-called circuit breaker.

Both The Times and Financial Times have detailed the potential new restrictions, which could come into force for two weeks after Christmas.

It’s suggested that a return to the measures that we were living with in April – under step two of the prime minister’s roadmap out of lockdown – would be needed to stop hospitals being overwhelmed.

Pubs and restaurants could only serve at tables outside, and indoor mixing with other households was banned.

The source said the circuit breaker would need to last for long enough for everyone to get a booster, building an extra wall of defence.

However, one government source told Sky News earlier that not enough was known about the impact of Plan B and the booster programme yet.

“In any case, if things do become that bad, a circuit breaker wouldn’t be the kind of thing we look at,” they said.

Call for parliament to be recalled

The cabinet did meet on Saturday, but only to be briefed on the latest COVID data, rather than to discuss any potential new measures.

Meanwhile, the Liberal Democrats have called for parliament to be recalled on Monday to debate the next steps.

Party leader Sir Ed Davey said: “We cannot allow the prime minister to sit on his hands while the NHS and businesses are on the brink of collapse.”

Daily Omicron cases tripled on Saturday to more than 10,000 and total infections struck 90,000 for a second day, with a major incident declared in London as the capital grapples with the country’s biggest outbreak.

The data also shows seven people have now died with the new variant in England as of 16 December – up from a previous death toll of one.

Hospital admissions in England for people with confirmed or suspected Omicron has also increased to 85, from 65.

Follow the latest COVID updates in our live blog How is the booster campaign going?

As cases surge, so to do the number of booster jabs being given out across the UK.

Half of adults in the UK (more than 26 million people) have now had a booster dose after the programme was accelerated this week, with online bookings opened up to all and walk-in sites attracting huge queues.

Among the sites are football stadiums, racecourses and Christmas markets, with 2,900 locations offering COVID vaccines over the weekend.

People can arrange their jab online through the National Booking Service or by calling 119, and GP practices are also inviting those who are eligible.