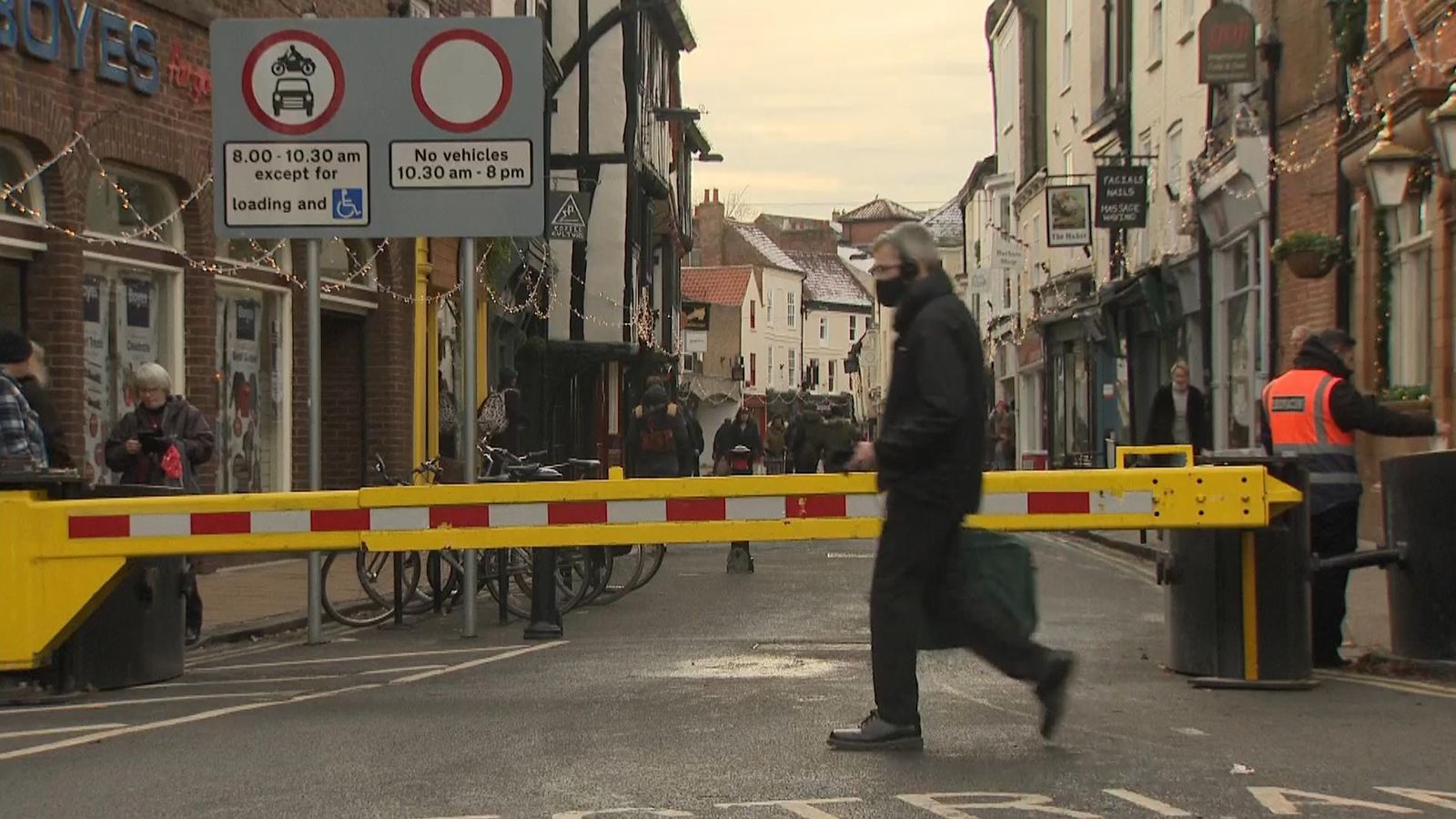 Although 15% of the population has a disability, just 4% have a blue badge, which allows them to park on yellow lines and in most parking places for as long as they need to.

Image: Helen Jones claims the barriers are a form of discrimination

In York, the city council is facing the possibility of a legal challenge after granting itself planning permission to erect permanent security barriers to prevent all vehicles from entering much of the city centre from 10.30am every day.

Helen Jones, a wheelchair user with complex health needs and a steering group member at the York Disability Rights Forum (YDRF), claims the barriers are a form of discrimination and contravene the Equality Act.

“Many of us can’t walk very far down that street,” she said, pointing past the new barrier on Goodramgate to the shops and pharmacy beyond.

A crowdfunding appeal by YRDF has raised more than £5,000 to assess whether the group has grounds for a judicial review of the council’s planning consent.

“The blue badge is already in itself an acknowledgement that we can’t go as far as other people,” she said.

“It’s a mitigation that gets us somewhere on the level with someone who doesn’t have a disability.”

The city council said it has acted on police advice and described its enlarged pedestrianisation zone as a complex and difficult decision.

In a statement, it said: “We’ve made every effort to consult and listen to residents, businesses and local groups over the last couple of years, so we could take into account the many different voices and make a balanced decision.

“We acknowledge that by doing so, some people may reach a different conclusion to ours, but it is a decision which was arrived at through open consideration of the issues.”

Fazilet Hadi, from Disability Rights UK, believes councils across the country are not taking disabled people’s needs seriously enough and fears the tightened restrictions in York could be copied elsewhere.

“It’s almost like an apartheid situation, I do think it’s that serious,” she said.

“I think other towns and cities will look at how to keep their cities centres more car-free, but disabled people need to be at the table when those discussions are happening.”