Written by Hitmix News on 4 January 2022 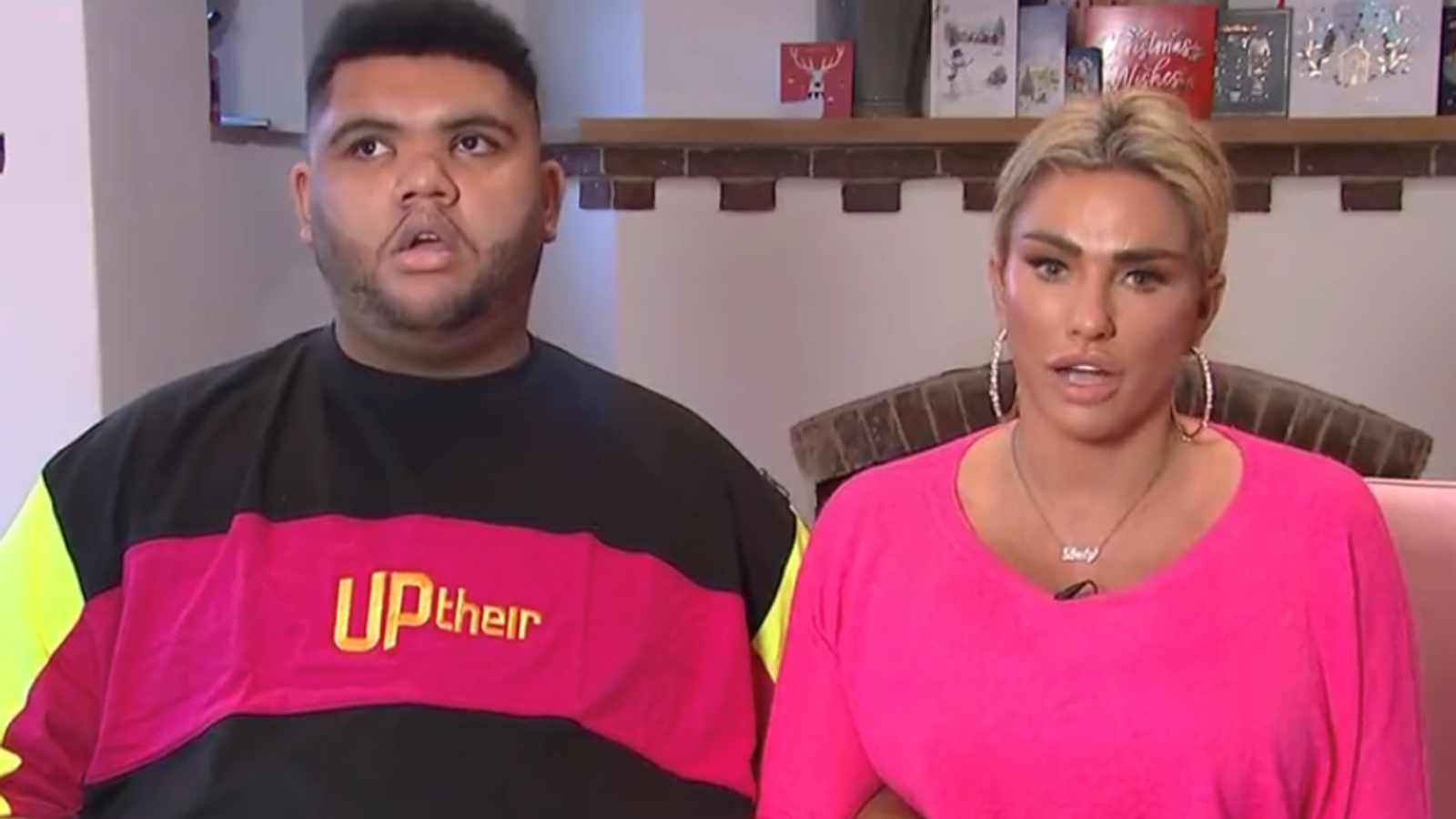 Katie Price has said she will see a therapist regularly “forever” after being spared jail for drink-driving following a car crash, saying “traumatic events” led to her getting behind the wheel.

The TV personality and former glamour model was handed a 16-week prison sentence, suspended for a year, at a court hearing in December, as well as a two-year driving ban.

It followed Price flipping her car in an early-morning crash in Sussex in September, which happened while she was already disqualified from driving and did not have insurance.

Image: Price pictured outside Crawley Magistrates’ Court in West Sussex in December, ahead of her sentencing

In her first TV interview since avoiding jail, the 43-year-old appeared on Good Morning Britain alongside her eldest son, Harvey. The star said she feels “ashamed” of her actions but is hoping to move forward in 2022.

Asked about nearly being sent to prison, Price said: “The events leading up to [the crash] were really traumatic. And it’s still been traumatic after, so I’m not ready to talk about it yet.

“But what I can say is, obviously I went to (rehabilitation centre) The Priory. And I’ve made the decision, finally, that I see a therapist every week forever to deal with the traumatic events that led me up into that car. Because I’m very good at hiding things…

“Because there’s reasons why I got in that car, my mental state. When I’m ready to talk about it, I’ll talk about it.”

“I feel ashamed about it all and everything. But, like I say, it was all traumatic build-up to it, and it’s been traumatic after… and the reasons, I’m still dealing with now.”

She continued: “I just think people shouldn’t judge people until… There’s always reasons… and, like I say, I am seeing a therapist each week now.”

What happened on the day of the crash?

Price had been driving to visit a nearby friend when the crash occurred near Partridge Green at around 6.20am on 28 September. She was arrested at the scene and taken to hospital.

The star admitted all the charges against her and later said she was “incredibly sorry” for her actions and that she was “sincerely grateful nobody was hurt”.

Image: The aftermath of the crash on 28 September

Following her sentencing, Superintendent James Collis, head of roads policing for Sussex Police and Surrey Police, said Price was “extremely lucky not to be spending Christmas behind bars” and that officers were looking into whether the sentence could be subject to appeal.

In her Good Morning Britain interview, Price also dismissed reports that she is giving up alcohol as part of Dry January, saying she is “not even a big drinker anyway”.

However, she added: “This year I want to be really healthy and just focus on myself, to be honest. Mental health is a massive, massive thing. But I’m excited for this year.”

Price, who has five children, said she hopes to marry her partner Carl Woods in 2022 and have more children.

Alli Simpson: Australian actress and singer ‘lucky to be alive’ after fracturing neck in pool dive