Written by Hitmix News on 9 January 2022 Talk of a boycott from this year’s scandal-hit Golden Globes isn’t strictly true insists the organisation which runs them.

Hollywood Foreign Press Association (HFPA) president Helen Hoehne has told Sky News the decision to hold a pared-back ceremony this weekend is in fact the group’s “sensitive” response to the criticism its faced over the last 12 months, in relation to those who’ve questioned their ethics (accepting free gifts and trips) and the group’s lack of diversity – rather than any failure to secure a broadcaster or persuade nominated talent to attend.

“It will be an intimate affair this year and we are fine with it,” Hoehne explained via Zoom.

No celebs? No broadcast? No future? The controversy surrounding the 2022 awards 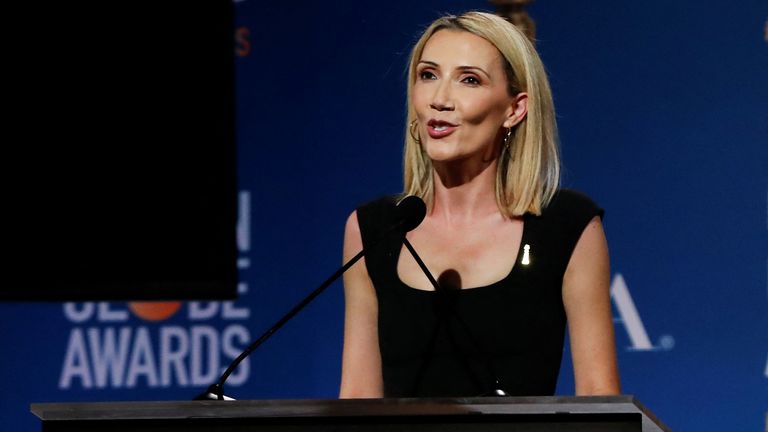 Image: ‘It will be an intimate affair’, Helen Hoehne says

“It will not be a dinner because we’re taking a lot of precautions because of Omicron. It’s just going to be a very short 90-minute ceremony where we’re announcing the winners.”

The event won’t even be live-streamed, winners names will simply be announced on the Golden Globes website.

Hoehne insists: “You know, this is not just about the best in film and television, this is about our philanthropy, which is very dear to our heart.”

After a disastrous year, the HFPA may well be keen to stress the ways in which it gives back to the arts but it’s struggled to convince Hollywood at large.

In reality, had they invited any A-listers, it’s unlikely they would have turned up with LA’s powerful network of publicists – alongside major players like Netflix and HBO – announcing a boycott over perceived failures to how the organisation is run.

The HFPA has had to field mounting allegations including a Los Angeles Times exposé raising concerns about financial improprieties, a lawsuit in 2020 by Norwegian journalist Kjersti Flaa claiming they allegedly operated in a similar fashion to a cartel, but the biggest fall-out came after it emerged that not a single member of the group was black.

“A lot has changed,” Hoehne maintains. “The HFPA really has worked very hard over the last nine months to reform the organisation from top to bottom.

“There are now people of colour included or involved in every decision making of the organisation.”

The full list of this year’s Golden Globe nominations 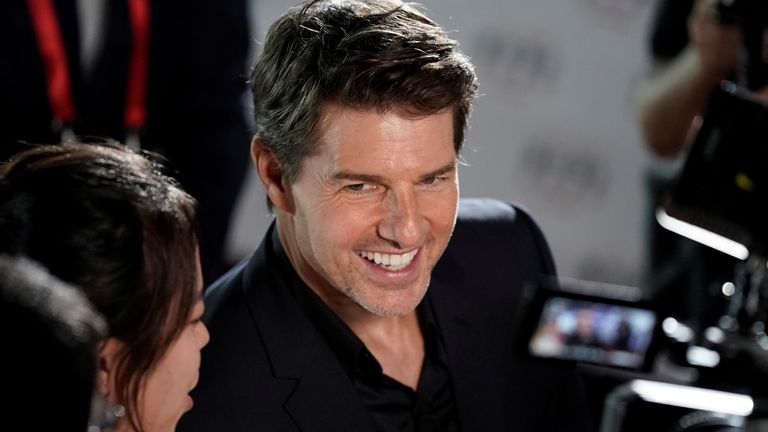 Twenty-one new members have joined in the last year, meaning more than 20% of the HFPA are non-white including black, Asian, and Latin American journalists.

“You know, change is hard, change is hard for any organisation. I think that we’re not the only ones who had to look inside ourselves and say maybe we have to make some changes. But I think sometimes it just takes a little while.”

After the LA Times investigation revealed 30 members were flown to France in 2019 and put up in a five-star Paris hotel to visit the set of the TV series Emily in Paris (nominated for two Golden Globes in 2020), the HFPA says it has now also put a stop to gifting and perks.

Hoehne says: “Part of our reforms is also that we have a new set of policies that we adopted and some of these policies include a universal gift ban, eliminating all gifts.”

While some may criticise the HFPA’s decision to hold a ceremony in any form this year, its president insists the group felt duty-bound to continue their long-held tradition of honouring film and TV’s finest. 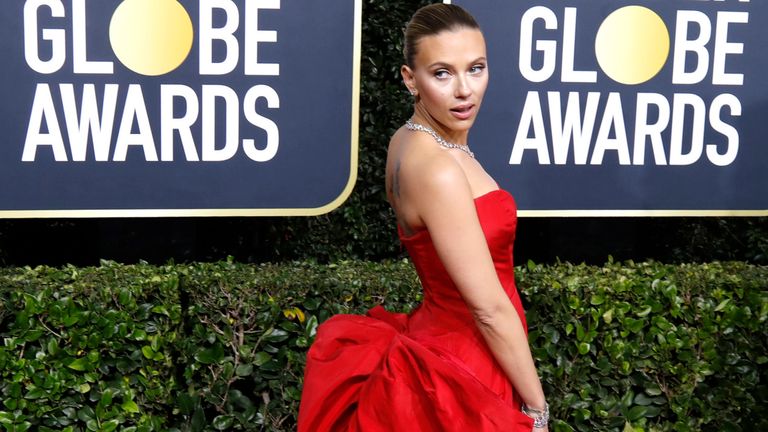 “We are sensitive and this was a decision that we all felt was the right thing to do…We do what we’ve done for 78 years, hand out these awards, and we’re very proud of our tradition, we also think that the actors and the talent and everyone certainly deserves that recognition.”

As for the likes of Tom Cruise returning his awards and Scarlett Johansson calling on her contemporaries to turn their backs on the Globes, Hoehne says she’s hopeful the HFPA can win back everybody’s respect.

“I hope so, you know, we’re all very optimistic, we’re very proud of the changes over the last nine months and we’re hopeful for the future of the Golden Globes.

“I think we’re all really focussing on our ongoing reforms because this is obviously not a goal that we have achieved. It’s a journey that we’re on.

“We’re very serious, this is not a quick fix, and we never saw this as a quick fix. We always said we want to be in it for the long run and we want to be leaders when it comes to diversity, equity, inclusion, and we can only hope that people will come on board.”