The Book Of Boba Fett: Stars Temuera Morrison and Ming-Na Wen on what it means to be part of new Star Wars show 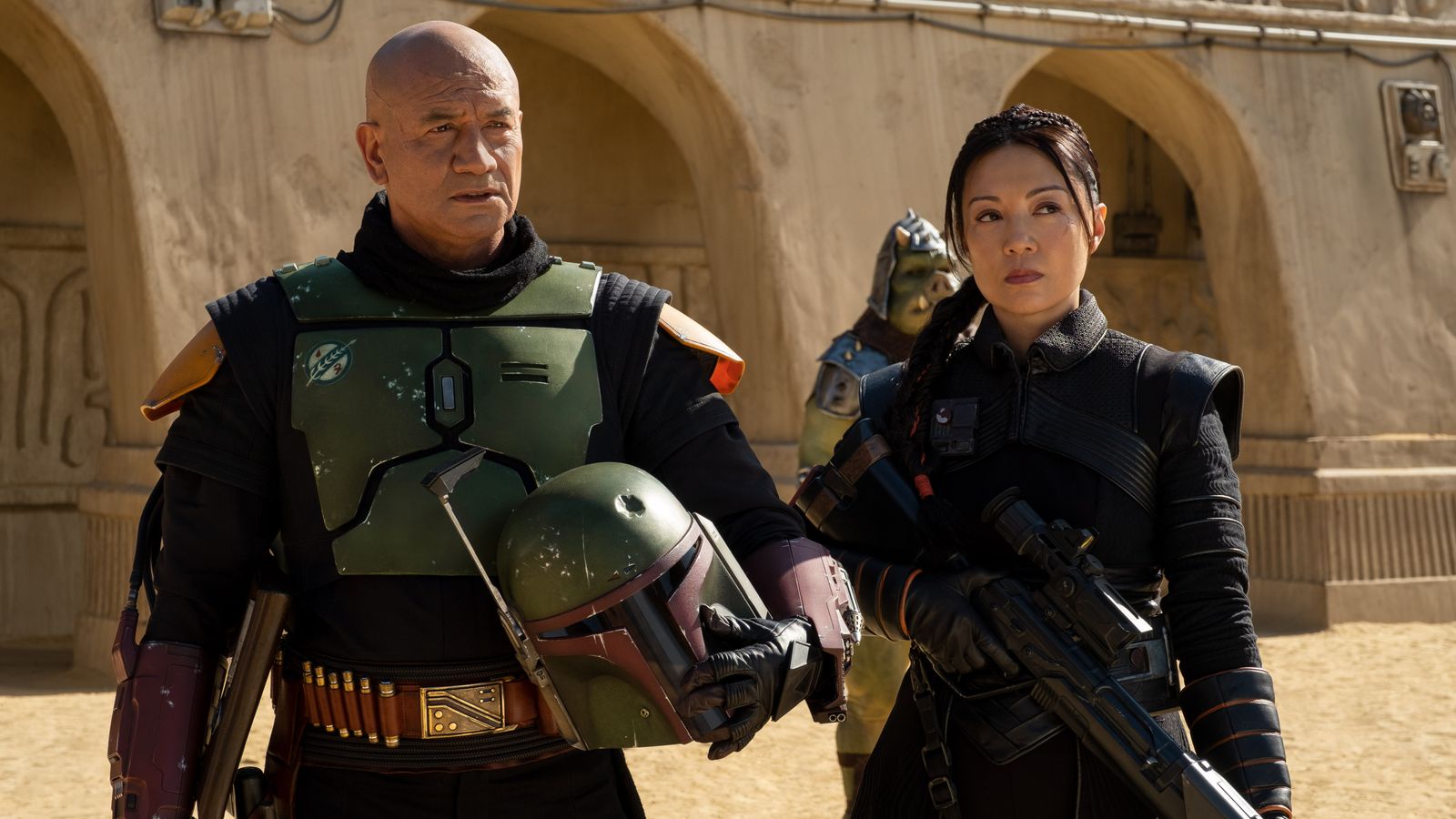 After the runaway success of The Mandalorian, Disney greenlit a project that told the story of probably the most famous bounty hunter in cinematic history.

Boba Fett falling into the sarlacc pit after his jetpack was damaged by Han Solo in a fight on Tattooine during the 1983 Star Wars film Return Of The Jedi, is something of film legend – with fans asking about his fate for decades.

Well, their questions have been answered – with The Book Of Boba Fett explaining just how the bounty hunter made it out alive. 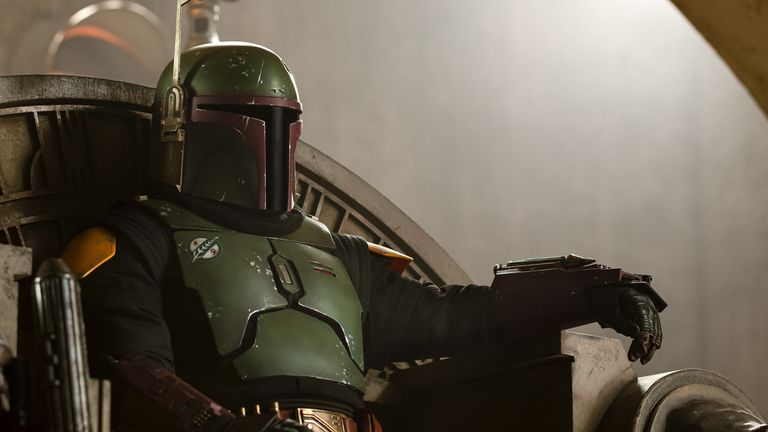 Played by Temuera Morrison (who has previously voiced Boba Fett and played his father, Jango, in the Star Wars prequels) we see Boba Fett as Jabba The Hutt’s successor, in an effort to take over the murky underworld of the galaxy.

He is joined by mercenary Fennec Shand (played by Ming-Na Wen, who is best known as the voice of Disney’s Mulan), who acts as his muscle when things get dicey.

Speaking to Sky News, Wen said that being part of the sprawling Star Wars universe “couldn’t be better”.

“I’m still sort of living in a surreal world,” she said.

“But we have so many stories to tell and so many exciting things that we could throw back to as well, because it’s Tattooine and it’s Boba Fett, it’s Jabba the Hutt.

“We’ve just met some of Jabba’s family, we didn’t even know he had family, really, but it’s all re-living my childhood, basically. “I’m back in my bedroom pretending to be a Star Wars character, but you know, I’m doing it for real and getting paid for it too. It’s fantastic.”

Morrison interjected, jokingly saying “you got paid?!” to his co-star.

The New Zealander added that he was “just so proud and honoured,” to be a part of the show, saying the cast really “came together as a family”.

“She’s very humble, she knew all the names of all the crew, she’s very respectful.

He also spoke very highly of Disney film-making legend Jon Favreau (The Lion King, Iron Man, The Mandalorian), who wrote the show, revealing that the only times he wasn’t on set, was when he was off filming his scenes as Happy Hogan for the latest Spider-Man film.

“Jon… outlined a number of things of what he had in mind, and I must say he was a man of his word, and everything he mentioned at the early stages of the meeting has come to fruition.

“It was just a wonderful working environment. Jon Favreau… made sure to be there just about every morning on set to set us up for the day, even when he had to pop away and do some cameos on Spider-Man, you still got a sense that he was always watching because [he] would… have a little chat to make sure we’re all on the same page.”

Before saying goodbye at the end of the interview – Morrison said to “say hello to Boris” – so if you’re reading this prime minister – just know the galaxy’s most feared bounty hunter has you in his sights!

The Book Of Boba Fett is now streaming on Disney+, with new episodes every Wednesday.